This week took on a few twists and turns.  Last weekend all of the grandparents came over to see Josh compete in Awana Games.  Josh and Nate then asked Papa and Nana if they could go home with them and, it just happened that my parents were free and said yes.  So they quickly packed up on Saturday and unexpectedly headed out of town for a few days. My mom took them to a new Aquarium and to see a movie, which they loved! 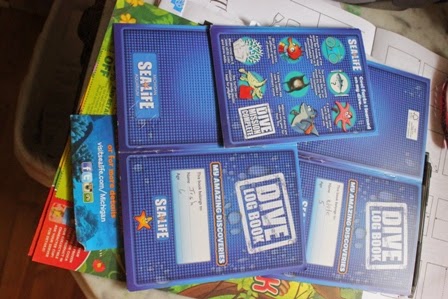 We had expected to have them gone until Wednesday afternoon but got a call on Tuesday afternoon that my dad was on his way to the ER (don't worry, he's doing better now) so my kids were at my brothers house and we  needed to pick them up that afternoon.  It was actually a nice drive to my brothers and a nice, but quick, visit with his family.  My boys love Ken's kids so it was a lot of fun for them to get to hang out with their cousins.  So, yes they came home a day early - I was going to do school on Wednesday but was at the tail end of Lego Organization so I enlisted the boys help with some final sorting.  We also did a science experiment about electricity. 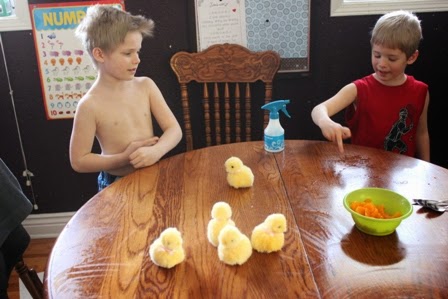 These chicks are awesome.  They have batteries and two metal "rings" on their bottoms.  You can put a finger on each one and make them chirp.  But, we also held hands and had different people put a finger on the chick to see how electricity travels through us; the boys also put a little water on the table and saw how water carries electricity as well.  Papa would be proud :-)

We did school on Thursday and then on Friday we focused on some Easter things. 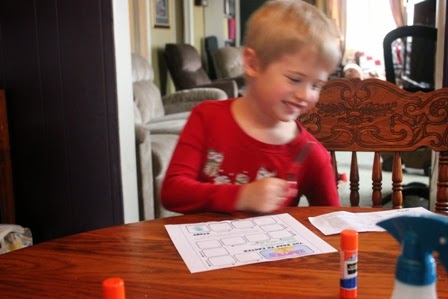 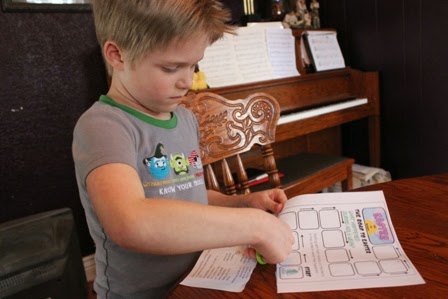 The first thing we did was this great worksheet on the events of the Holy Week.  It gave me the opportunity to go through the events with the boys and we talked about why Jesus Died on the Cross and why he Rose again.  You can get the worksheet HERE. 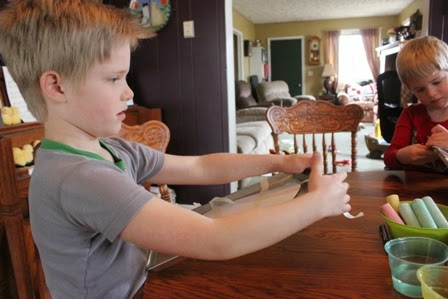 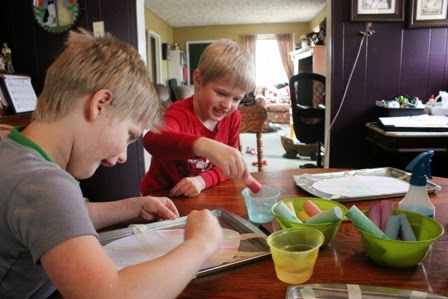 Once we finished with our Bible lesson, we worked on an Art Lesson using water, tape, sidewalk chalk and an egg template.  I found the idea HERE.  The boys really enjoyed it. 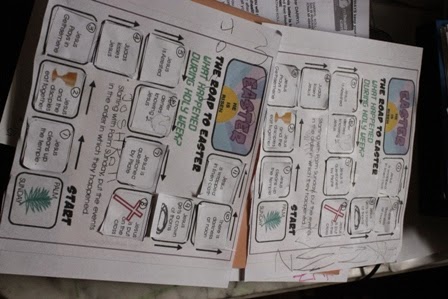 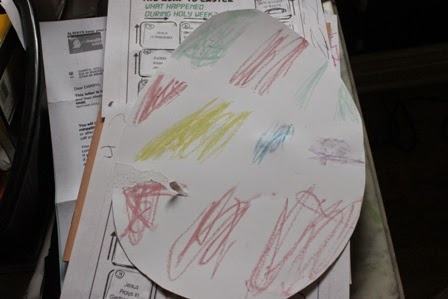 Josh's egg - the point of the tape was to show a "relief" painting, therefore the lines of white on the egg. 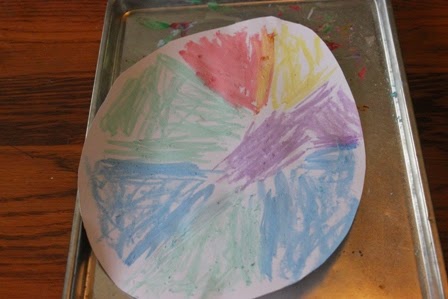 Nate did not like the white lines after we took the tape off so he just colored in his entire egg!

Email ThisBlogThis!Share to TwitterShare to FacebookShare to Pinterest
Labels: Homeschooling

This past week we did a few activities related to Easter.  The boys are always asking to cook with me and, I will admit, I tend to say "Next time".  It takes extra work (and extra cleanup) to get three of us cooking at once.  Well, this past week we did cook and I think they may have even had some fun. 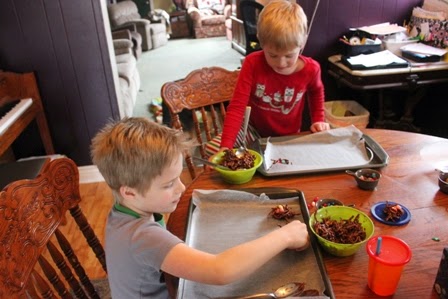 To begin with, I melted the chocolate and butterscotch chips in the microwave (one bag of each) and then mixed them up with three cans (5 oz each) of Chow Mein Noodles.  I then put some of the chocolate mix into bowls for each of them.  The used spoons (and their hands) to make small nests. 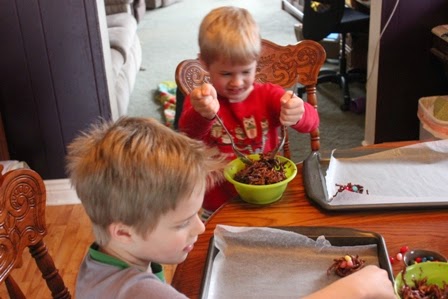 Once they made nests, they added Jelly beans as eggs :-) 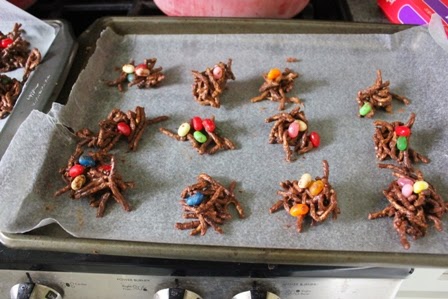 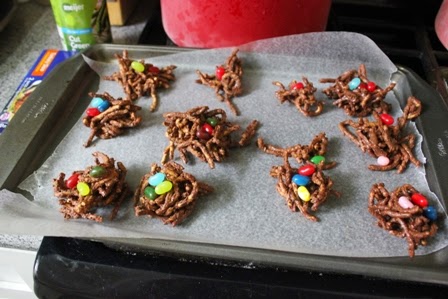 These turned out pretty good . . and actually taste better three days later since the noodles have taken on the flavor of the chocolate more and softened slightly.

I think next year we will move on to bunny cookies or cupcakes!
Posted by Jackie Koll at 7:00 AM No comments: