This past week, I thought through some goals I had for the boys that I wanted accomplished by the end of May.  There aren't many because they are already close to on target but I want these key things:
1) Count to 100
2) Write their first and last names
3) Know their phone #
4) Know their address
(The doctor informed us that they need to know #3 and 4 . . .guess I hadn't thought about how important that would be!!)

Anyway, these thoughts came to me last Sunday and this is what happened in our house on Monday: 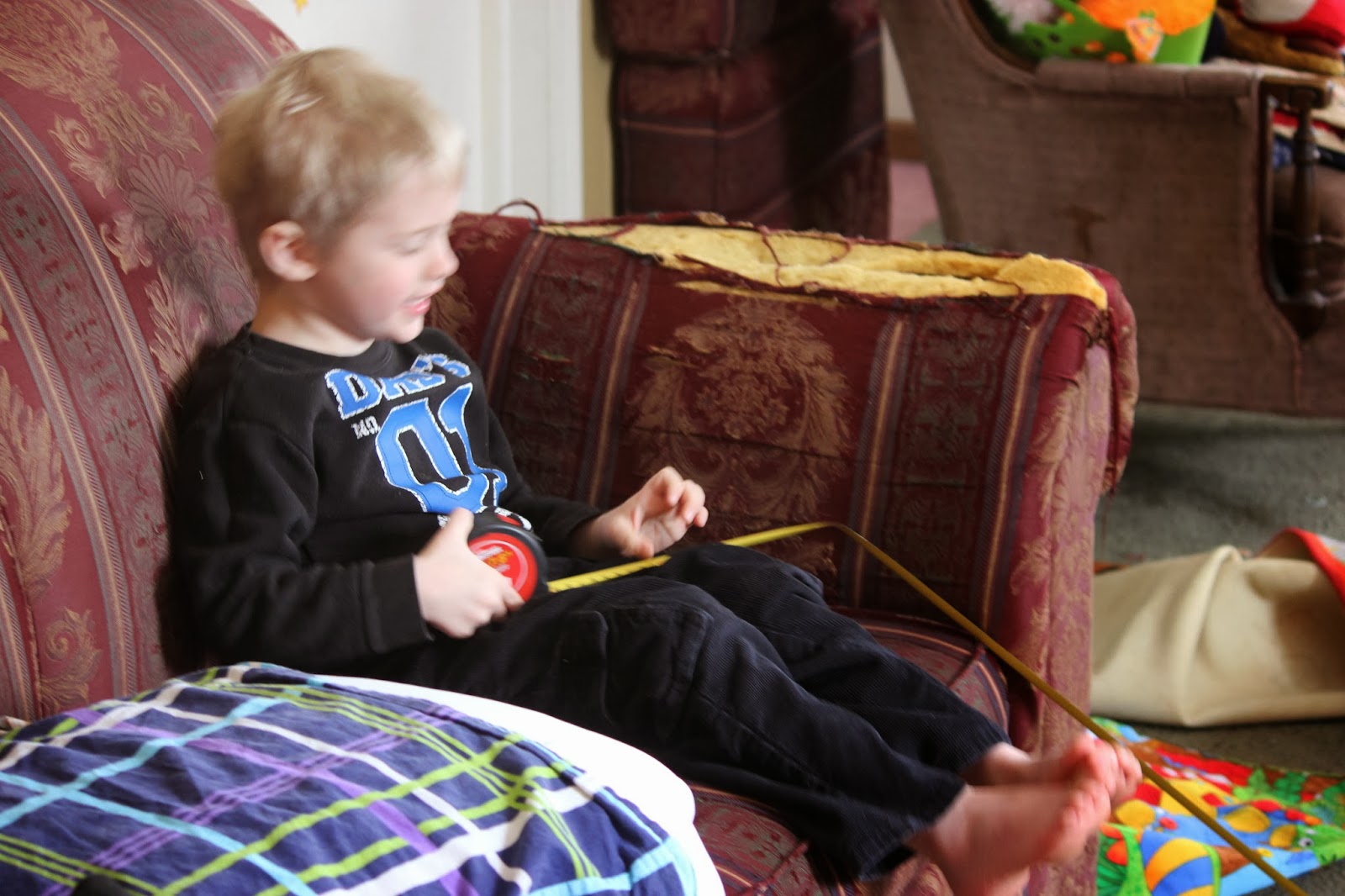 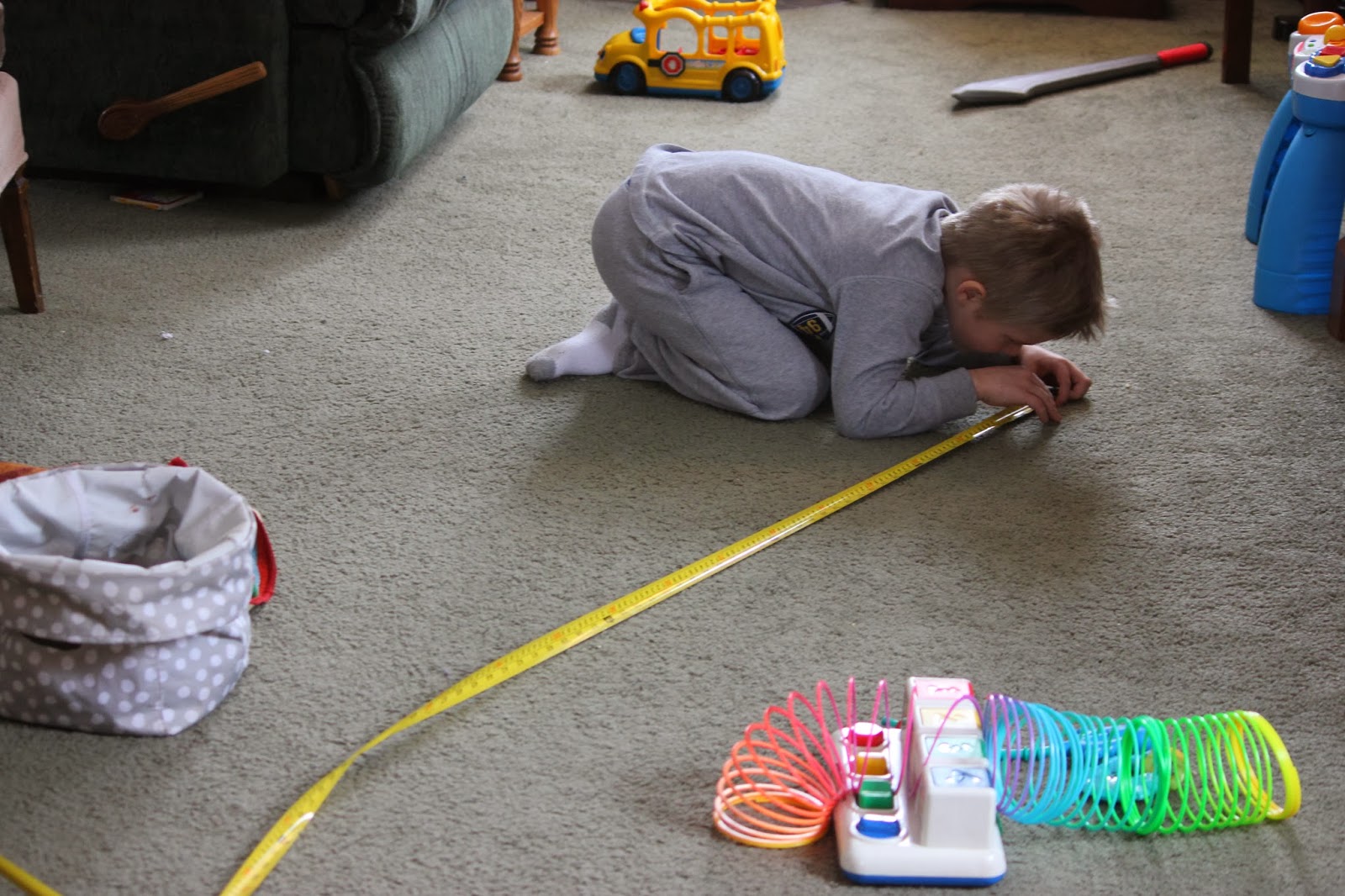 Do you know what they are doing?  They are counting to 100.  Nate pulled out the tape measure and starting counting . . .he did not stop until he reached the end of the tape measure which was around 108.  Then Josh did it.  No, I had not said a thing to them about counting.  Another reason I'm not stressing about preschool.  So now, we move on to names and address/phone #!

We are playing a ton of games in this house lately.  The boys are learning rules (and changing rules HA) and are actually playing together which is nice.  Not to mention lots of time outside in the snow.

This week, I nailed down the K-5 curriculum we will be using in the fall so I can start to pick it up as I find it on sale.  We have made the decision to start Josh and Nate together in the fall.  The boys have shown this year that they would rather work together and do the same thing then to do different things.  Most subjects like Reading, Bible, History, and Science, we would end up doing together anyway.  Math, we are going to start together but if I feel Nate is lagging behind, I will do something different with him.  Now, I am excited to start picking up that curriculum so I can plan next year.