The boys have had the privilage of attending two different Vacation Bible School (VBS) sessions this summer.

First up, they were finally able to attend VBS at our church this summer and they were very excited!  This year, our church did something called "Weird Animals" which the boys loved because there were games and science activities that kept them moving. 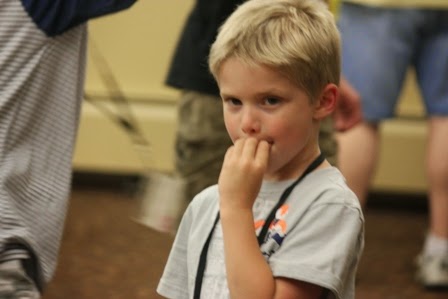 The first few nights Josh was a little nervous at the beginning.  He was on a different "Crew" than Nate and I so over coming his "fear" of being alone was a big thing.  By Wednesday night he was having a blast though, and he told me he wasn't afraid anymore. 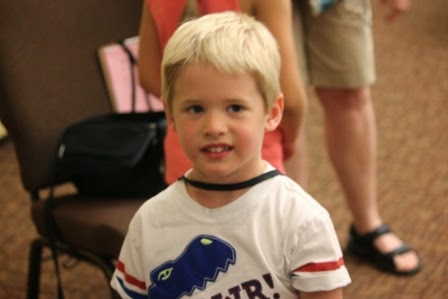 Technically, Nate was a year to young to attend but, the person in charge said that four year olds can come as long as they can handle it (which he did fine).  He really had a blast and by Wednesday would look at me and say, "Mom, I want to be by myself so don't walk by me please"  What he was really saying was, "Mom, pretend you aren't here and just let me hang with the other kids" HA! 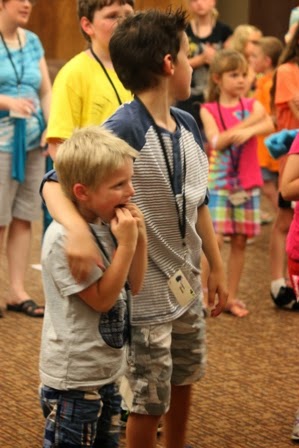 This was one of the other boys on Josh's crew who made sure he felt part of the group. 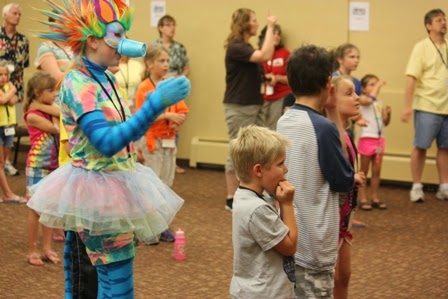 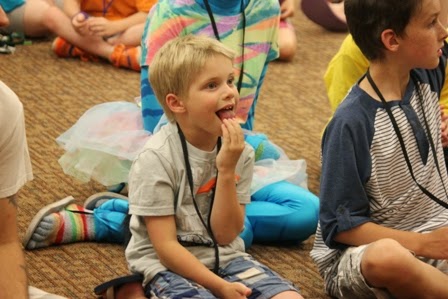 Can you guess what Josh's nervous habit is????  Yep, putting those fingers on his lip! 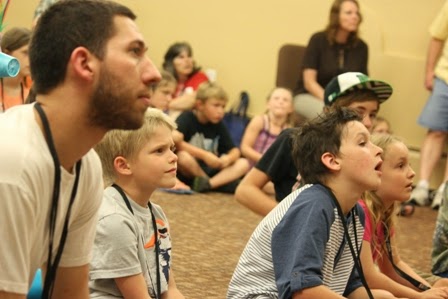 Josh sitting next to one of his Crew Leaders.  His name is Nathan but Josh somehow thought he was "Pastor Nate" :-) 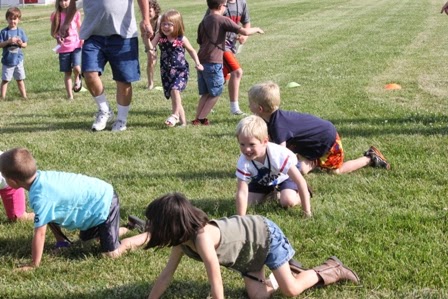 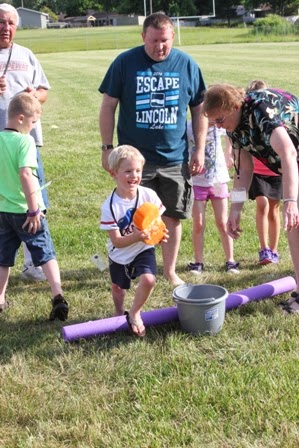 Nate really got into all of the games and did awesome. 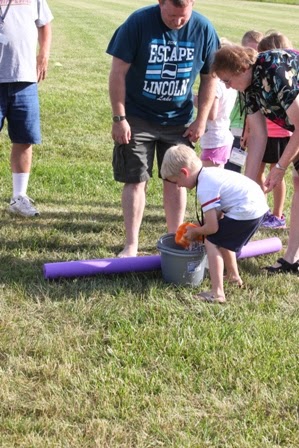 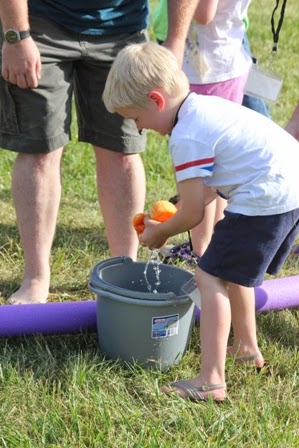 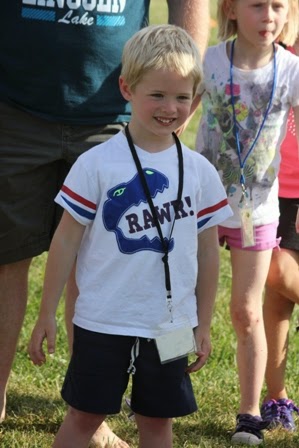 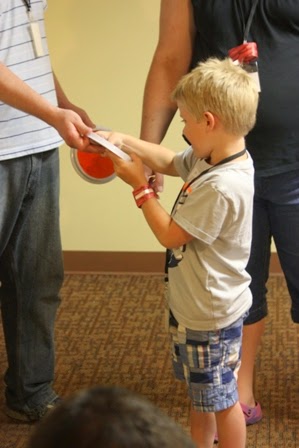 Josh in science class.  Each night there was a question and the kids had to put their thumbprint under the answer they would choose. 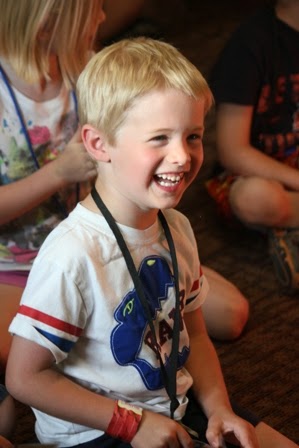 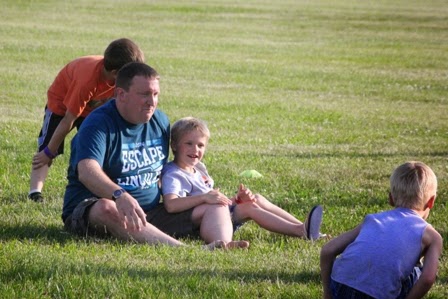 Josh in game time.  Funny story.  The guy who he is sitting next to is our youth pastor, Pastor Josh.  As you can well imagine, Josh thinks he is fabulous.  As a matter of fact, Josh told me that he wants to be a "counselor" like Pastor Josh when he grows up.  On Wednesday night, Josh raised his hand to talk to Pastor about Jesus.  He was so excited to show us the tract about Heaven that he got and to tell us what he had learned.  But he also told us that he wished that Pastor Josh had been there that night because he likes him so much! 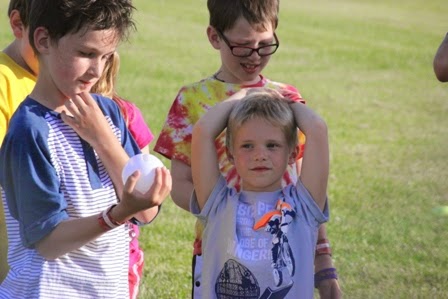 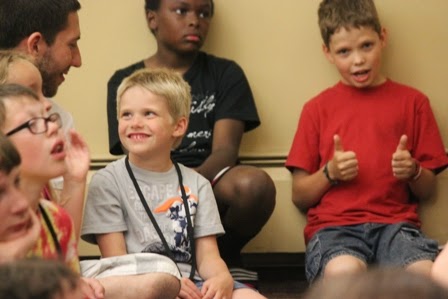 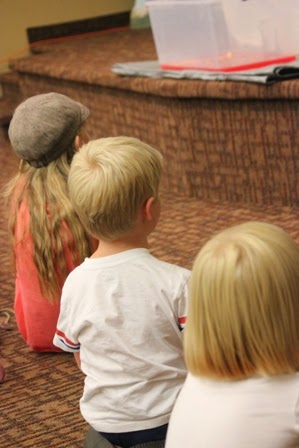 After one great week at VBS, they then went to Papa and Nana's house and are attending VBS at Papa's church. 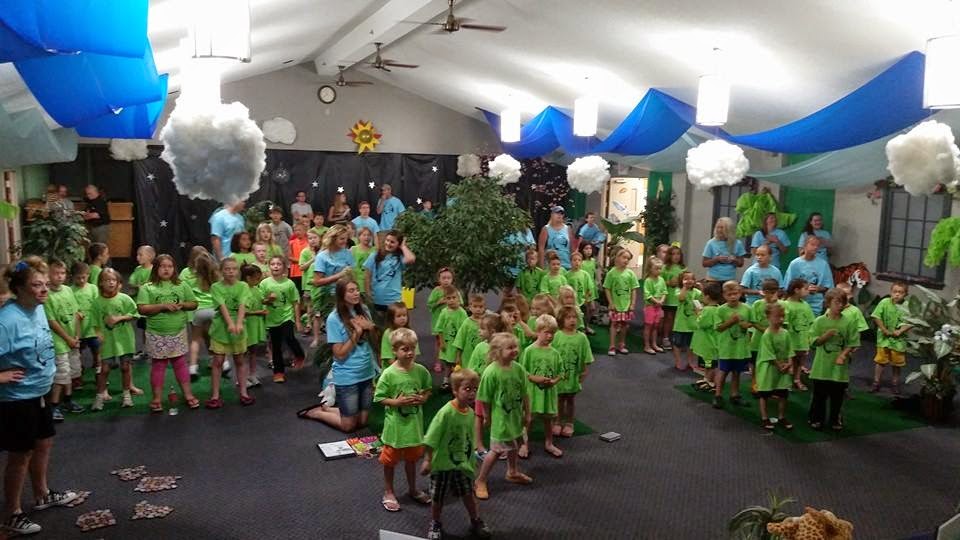 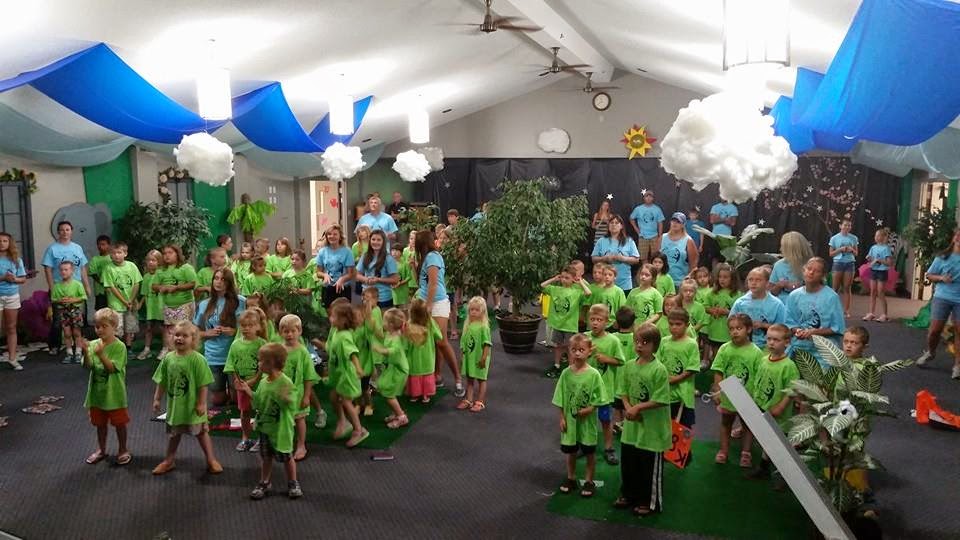 Naturally, the boys are having fun.  They got some great t-shirts and flashlights plus, they get to see Kate, their cousin, and basically, they think she hung the moon :-)

I think that Josh and Nate are having one great summer so far!