We had another great week.  The boys are starting to ask when we will get done school; Nate is asking why he can't start Kindergarden; Josh says he's bored ;-) (Really, he just wants to play Pac Man more HA!)

Here's what we did this week! 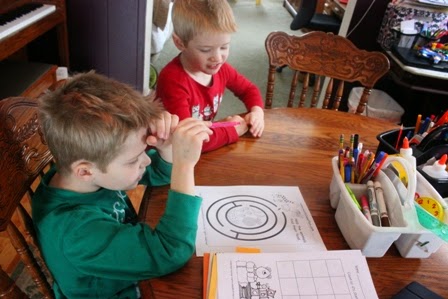 Josh has been asking me to give him mazes to do for . . .well, months.  Nate has a maze book as part of his daily work so I finally took the time to find Josh a few too.  Here, Nate is attempting to explain to Josh how to do a maze since he is, afterall, the expert on mazes. :-) 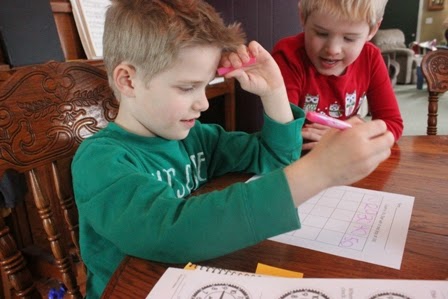 I also found some practice Math worksheets for Josh. Mamas Learning Corner was one of the resources that I used for some great addition worksheets. 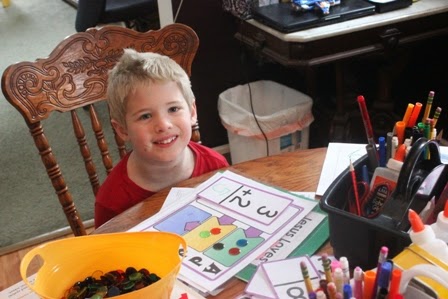 Nate working on his addition practice.  The best part was when he would say, "Mom, I know this one without the pieces!" 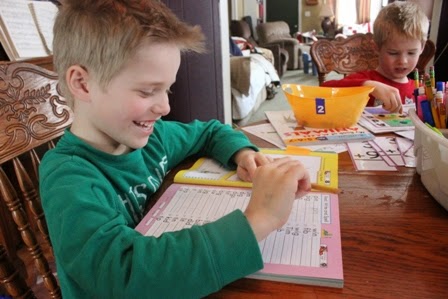 This past week we finished up our short "e" book and started on our short "i" words.  The "i" sound is a little harder but the more we practice the easier it gets for Josh. 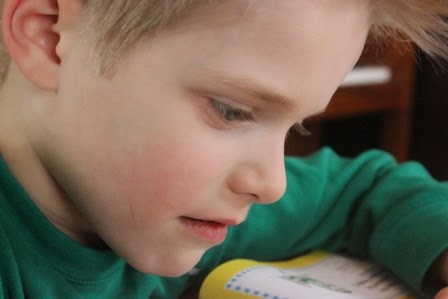 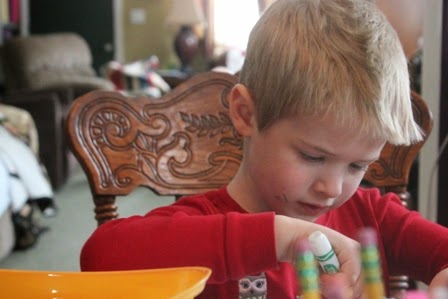 I can honestly say that I'm getting as excited as they are about the end of the year.  Sure, we still have lots to get done before then but the end is near!