Here it is almost February and I'm just getting the New Years photos :-)

This year, we had made plans to go to a friends house for New Years Eve.  It's the first time in years we've made plans on New Years Eve and . . . we were still too sick to go :-( We were very disappointed but had a great time at home just being together.

As per our tradition, we had soup and rolls for dinner!  This year I made Egg Drop Soup and Chicken Noodle Soup.  (The Egg Drop was the biggest hit by far!) 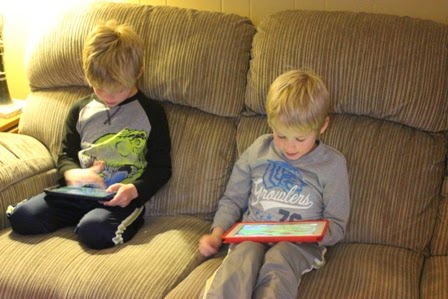 Yes, this is how we spent a good amount of the evening - playing on Ipads :-)  What can I say, we love playing games! 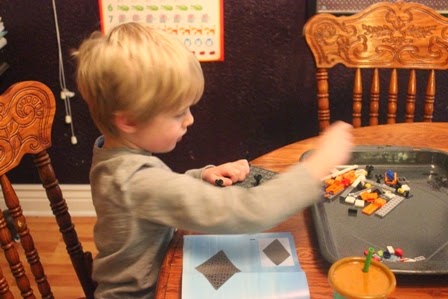 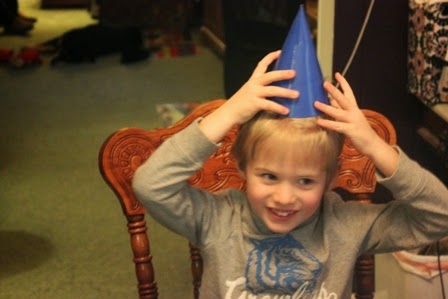 Later in the evening, we had a party.  We ate snacks, put on party hats, blew noise makers, and set off confetti shooters.  Not to mention that we did a mock countdown with the boys too. 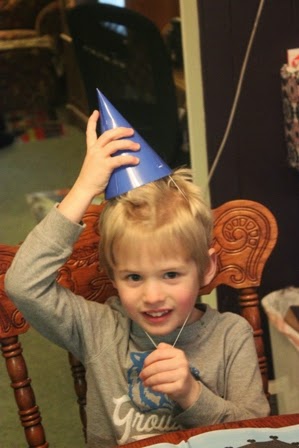 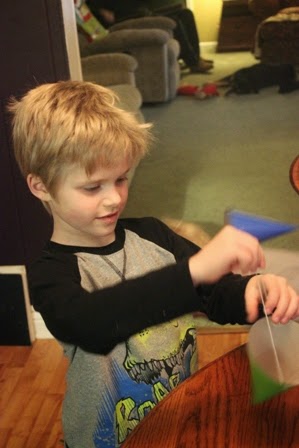 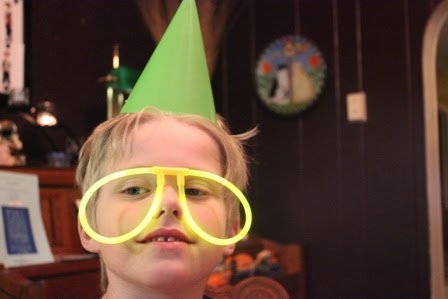 I found these awesome glow stick glasses and the boys loved them.  (Joshua) 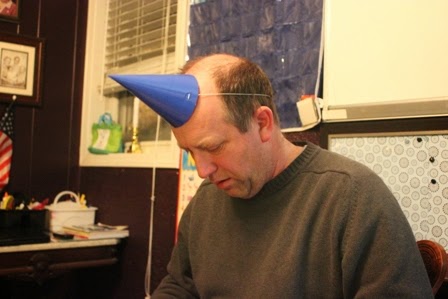 Hahaha - this photo was too funny not to post. 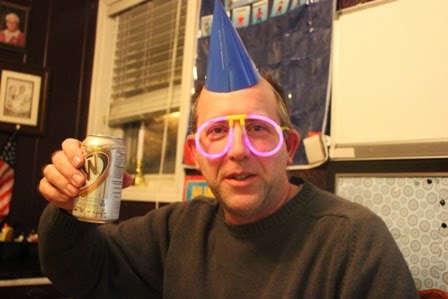 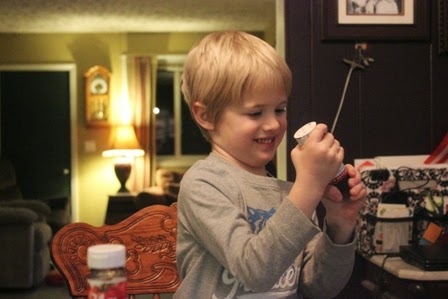 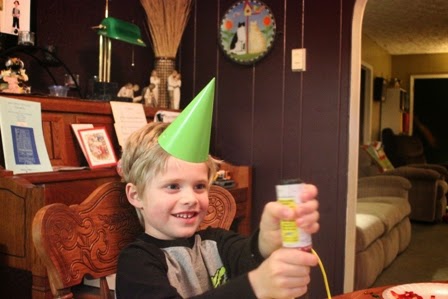 The confetti shooters were a HUGE hit.  We only had four.  .. the boys could have handled a good 10 more HA! 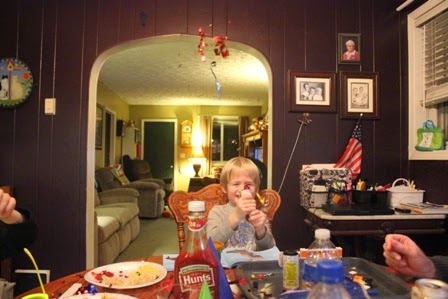 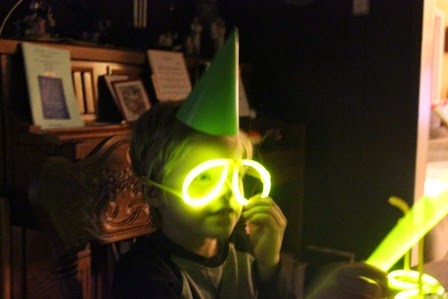 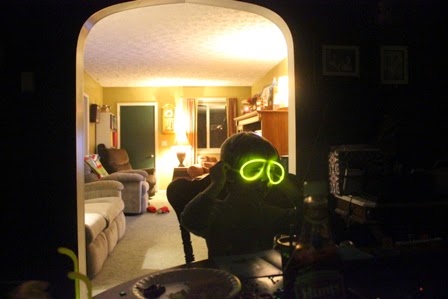 Yes, the boys got to stay up a little later - until about 9:30.  Once they went to bed, Darryl and I had a few more snacks and watched the New Years stuff on TV.

On New Years Day - we just hung out at home.  We watched the parade and some football and, of course, built more Legos!
Posted by Jackie Koll at 7:00 AM No comments: