You might be wondering (or maybe not) how our week finished out without kids.  We ended up having a really great week.  Darryl was off work most of the week so even though I still babysit, we ended up with a lot of time together.

Monday - I just caught up on house stuff and made a run to the store.  I also planned out my flower bed/garden a little more after checking out the garden center.  After the extra kids left, Darryl was ready to for a ride so we took off and went a back way into town for dinner.  We enjoyed some wonderful Chinese food.  Funny story of the night - Darryl's hernia surgeon was sitting on a table near us at the Chinese Restaurant and no, we did not go up to him and ask if he remember us HA!

Tuesday - I was able to go to the garden center and pick out flowers, veggies, mulch and sand to do yard work.  This year I've seen black mulch showing up in yards and I love it!  I figured it would be pricey but it was just 20 cents more a bag for the black stuff!  Darryl and I took after again on another road trip and this time we headed to Cracker Barrel.  Now, I will admit, we aren't usually big fans but Darryl was hungry for breakfast so we figured we would give it a try.  Guess what, it was so tasty!

Wednesday - Today, I planted all of my stuff and laid mulch.  Of course, I had to pick the most humid day of the week UUUGGG!!  But, I got it all in and the ground was super soft after a rain storm through the night.  I then made another run to the store (it's nice having Darryl home - I get to run errands!!) I picked up a deck planter for some strawberry plants, a A/C unit and a swimming pool.  WHEW!  It has been so warm that I decided to get the A/C unit put into our bedroom too.  THEN, through a serious of events, we decided to pick the kids up at the train station so we took a road trip . .. ate dinner at our favorite Coney Island place by my parents house, "broke into" my parents house (hahaha) to pick up the kids stuff and met them at the Railroad Station. . ..kinda.  We got there and the only way in was completely flooded!  It was so crazy!  We parked elsewhere and let my dad drive out through the water covered road :-) OH, and I hooked up my new printer today too!

Thursday - The kids slept in (we didn't get home until almost midnight).  It was nice having them home and hearing about their trip!  I did the grocery shopping (thrilling, I know!).  AND put the A/C until in the boys room too!  Their bedroom gets so stuffy at night so this should help them sleep better.  We ended the night with a perfect evening for soccer and here are some photos to make this post actually worth reading! 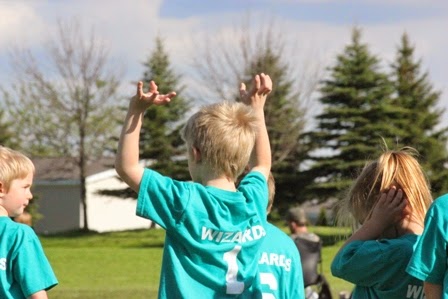 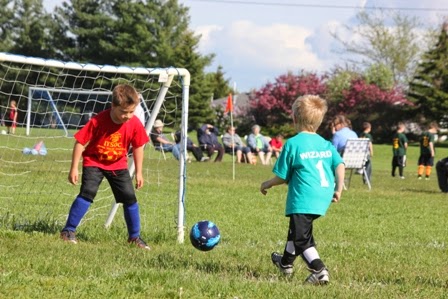 They spent time at practicing kicking goals.  Josh was very determined and kicked it in every time. 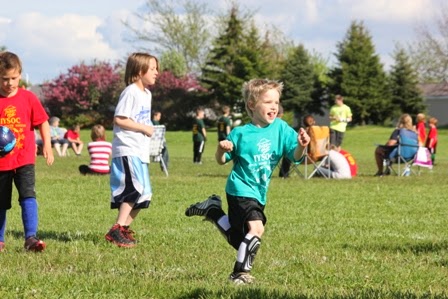 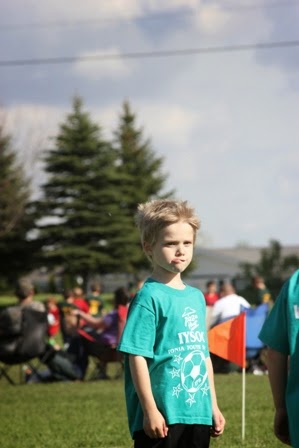 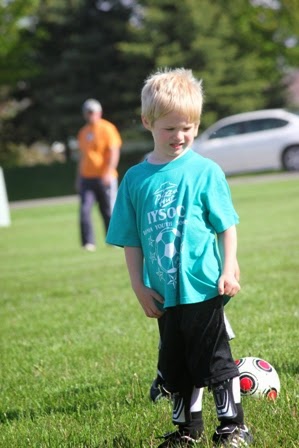 Nate enjoys the idea of soccer but . . .his attention span is pretty short.  He actually picked a lot of grass at practice :-) 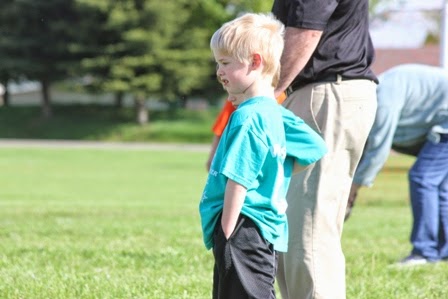 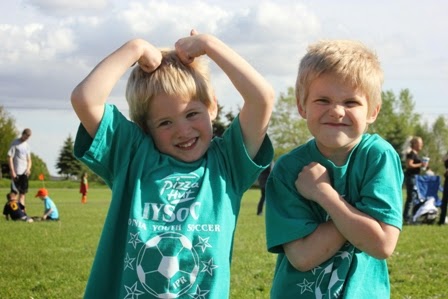 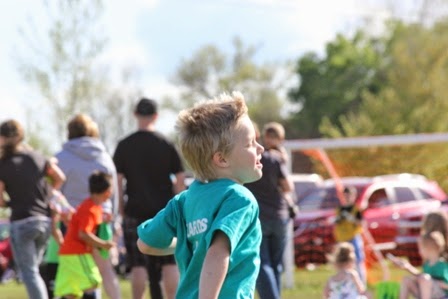 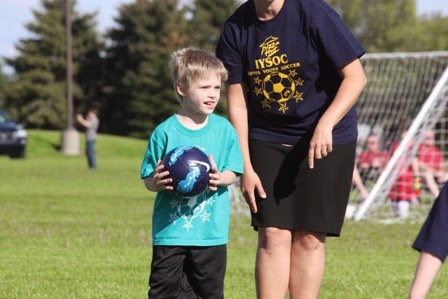 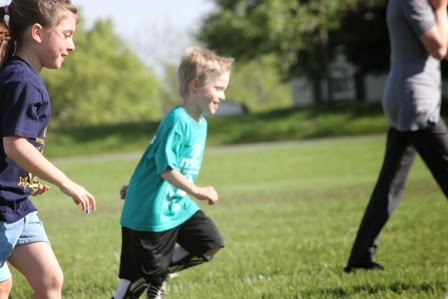 Josh played full force at the game . He was always after the ball and was bound and determine to get his own goal.  To keep it real: One of the kids on his team is a bully.  Yes, a true all out bully. (We even witnessed him hitting his mom and pushing his sibling to the ground after the game)  He was come up and scream in Josh's face, push him down and steal the ball from him but, to  Josh's credit, he never got made or reacted - he just kept going after the ball. 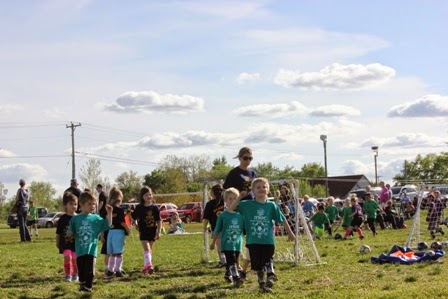 Josh finally got his own goal and was beyond excited! 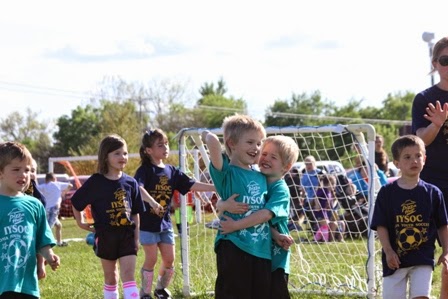 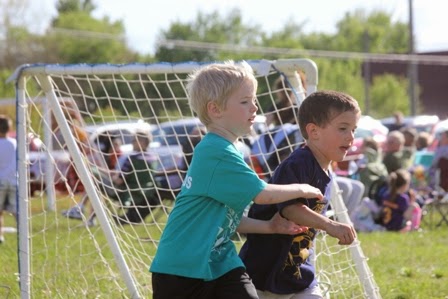 Nate did actually play but he also sat out a lot today - he said he was too tired.  :-( 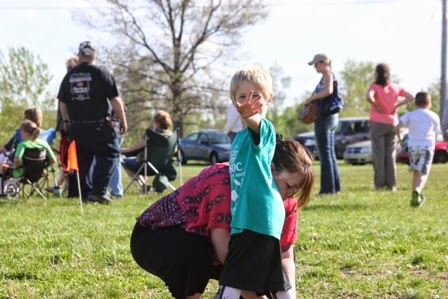 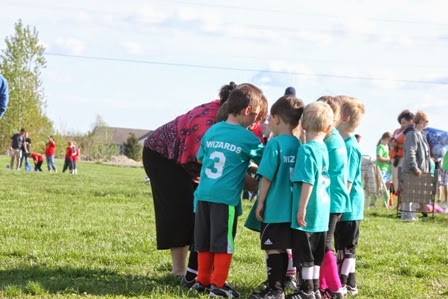 It was a perfect night for soccer and it's always fun to watch the boys play :-)
Posted by Jackie Koll at 7:00 AM No comments: