The boys are really enjoying "school" this month.  The advent Bible reading has gained their interest as have the Christmas Books and Crafts.  I realized one day last week that I need to start prepping for January.  Printing, planning, cutting and prepping all take time.  I want to do something a little different for the rest of the year and that is I want to print everything now and put it in file folders so that each week I just have to pull papers that I need.  I'm also starting to look at curriculum for K-5 next year.  I think I have it narrowed down to what I want to do and am looking forward to a Homeschooling Conference in May so that I can do some looking and shopping for curriculum there as well as attend sessions.

This is what we did this week!

The Grinch Advent
Monday - We had originally planned to take the boys to see Santa; there is a local Husband and Wife that are "official" Mr and Mrs Claus and they set up a really cool Santa House for free photos.  Well, I asked the boys if they would actually sit on his lap or stand by him and they said NO!  My kids are very shy when it comes to new people or characters . . .so I'm letting go of that "tradition" for now :-(  Instead they opened up a small stamp set . . . which they loved and made fingerprints and hand prints.  I obviously didn't think that gift through :-) 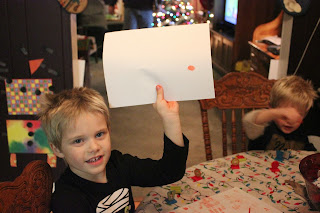 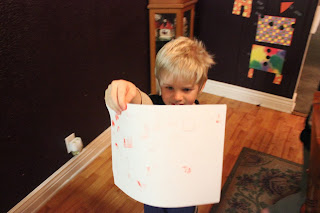 Tuesday: Nuetlla snack cups with cookie stix - a favorite treat of the boys!
Wednesday: Starburst Candy Books
Thursday: Christmas Pez Dispensers
Friday: Stuffed Animals - to which Nate promptly said, "I do not like it; do not give me stuffed animals as gifts. Geesh!
Saturday: Airplanes
Sunday: Ring Pops (a big hit!!)

Our Bible Advent
Using the Storybook Bible is fabulous.  Once we finish with the advent, I plan on using it at Bedtime - we have started reading stories at night so I think we can add reading one of the Bible stories as well.  We are not doing this advent 7 days a week . . .so I am picking and choosing some of the stories/ornaments we are doing in order to make sure we get to the end of the stories on time. 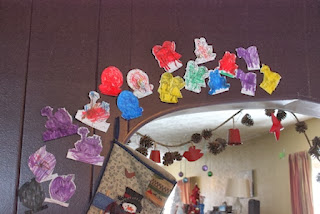 Just a sampling of what we are doing.  I mentioned to my husband this week that, well, our boys are not artistic.  It isn't that they aren't creative - they are - they just have no artistic talent HA!  Their coloring consists of one solid color and it drives me bananas.  Oh well.  They must get their non-artistic talent from me - I can't even draw a stick figure!

And since these posts have been a little less than exciting, I thought I would include some misc photos from our week.

On Saturday, the 7th, it started Snowing and the boys were over joyed.  They slipped on some boots and went outside in their PJ's Saturday morning.  Nate went out first and it was just too cute to NOT take photos! 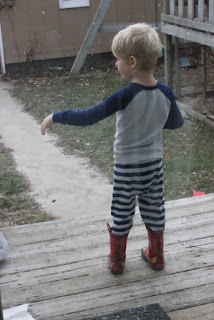 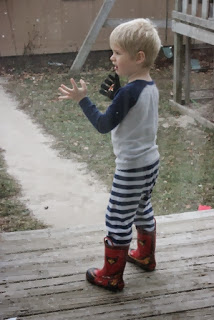 Notice the glove on one hand?  He started with two gloves but realized he couldn't feel the snowflakes with the gloves on so he took one off. 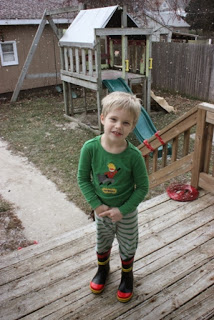 Of course, once the camera came out, Josh had to get in on the fun! 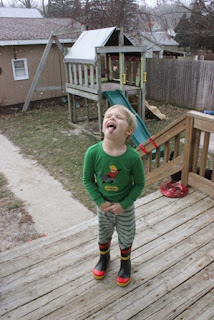 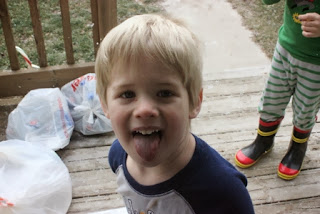 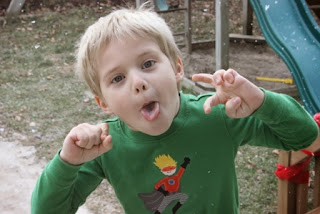 Then, the snow really started to amp up on Sunday. 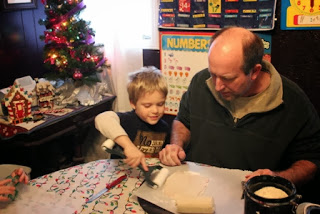 First up, the boys found some new cookie cutters I had picked up for making Christmas cookies (remember we were going to make them last Friday but I was SOOO sick!) and they BEGGED to make cookies.  Darryl took on the task on Sunday afternoon. 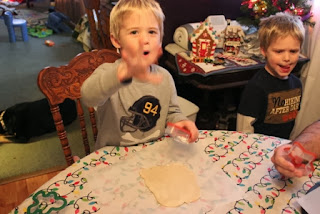 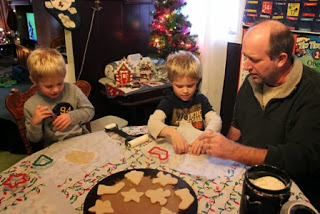 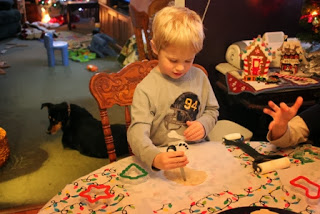 Now, really, this is all they did - they cut them out, we baked them, they ate a bite or two and that's it.  No decorating.  The cookies were made with sugar cookie dough (refrigerated) and I didn't realize that it wasn't really meant for cut out cookies . . .. they spread and the cookies had no shape.  Plus, they weren't really that tasty.  I plan on making some real cut out cookies this next week so the boys can decorate them. 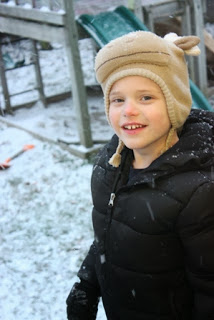 Once the cookies were made, they headed outside and played until it was dark. 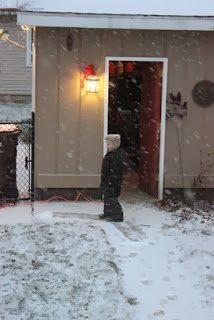 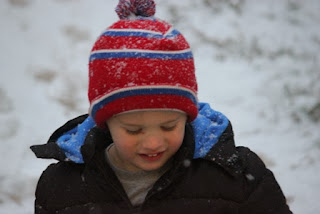 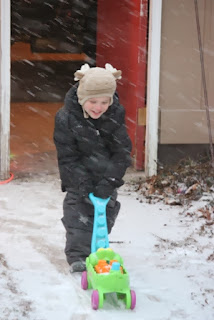 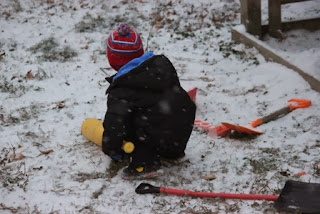 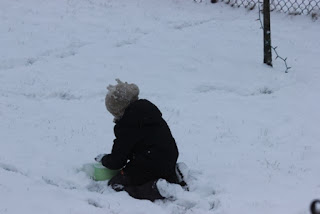 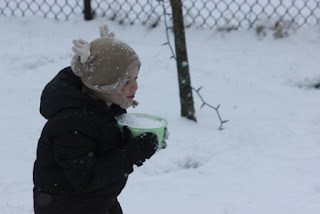 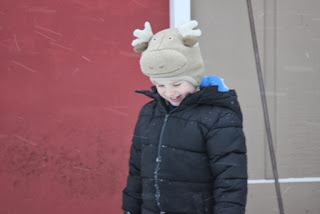 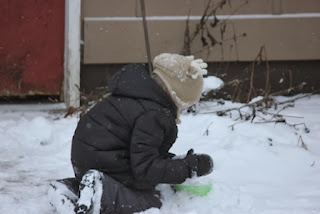 The boys used bowls to make snow forts, got their bikes and out played "crash" in the driveway (they would fall over and the other one would rescue them) and again, played until almost dark.

The weather turned bitter so on Tuesday and Thursday they couldn't go out at all; on Wednesday, I let them go out at about 3:45 and Josh stayed out until 5:00 - he's warm blooded like me, though, so he can last a long time in the cold ;-)

Posted by Jackie Koll at 7:35 AM No comments: