We decided that since we weren't actually going to go camping this past weekend, we would still have some fun family fun time.

It started on Friday.  Because we were supposed to be camping, I was not babysitting.  I was going to let them know that plans had changed but I found out before we cancelled that the kids were going to the Grandparents for a few days so I knew grandma would be excited.  This gave me a day with just my boys.  My plan was simple - go to Dairy Queen for Lunch (my favorite "fun" place) and then to my favorite local park just down the road.  The playscape is awesome and now the boys are old enough that they can run and play without me needing to be right beside them. 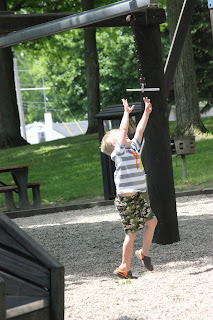 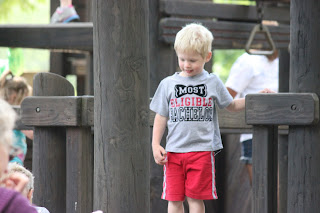 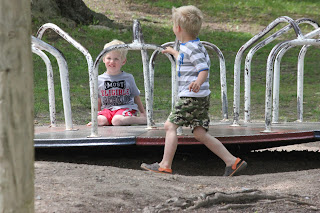 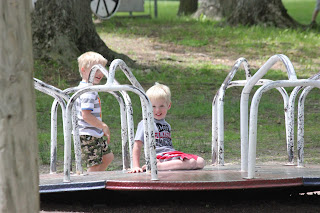 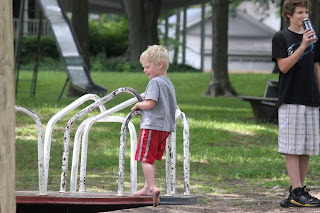 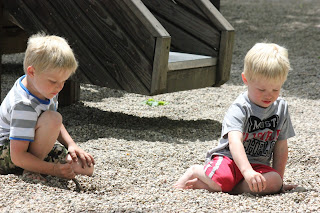 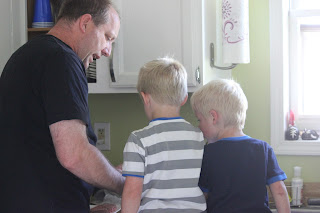 We had burgers for dinner on the grill - Darryl was teaching the boys how to make the patties and then how to season them.  Yes, the burgers were a little saltier than normal :-)

On Saturday we decided to go to a local zoo we had never been to before called Potter Park Zoo.  We were not disappointed and I would have to say that it is now my favorite zoo! 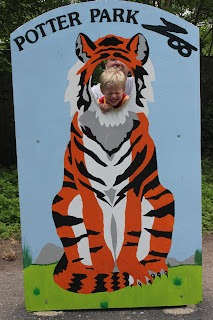 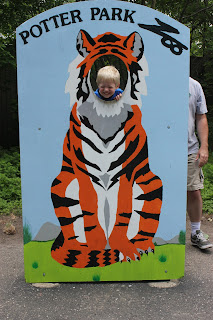 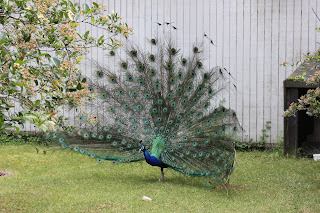 There were peacocks everywhere - they just roamed free throughout the entire zoo - we even saw a few on rooftops :-) 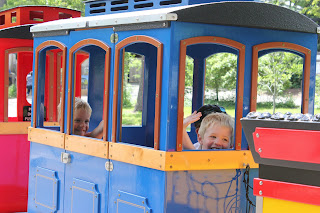 The boys loved getting to ride this little train.  The best part of the ride?  A REAL train went by right next to them as they road the toy train. 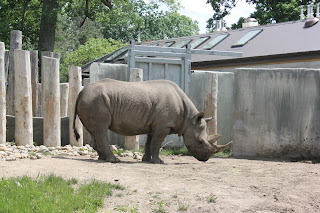 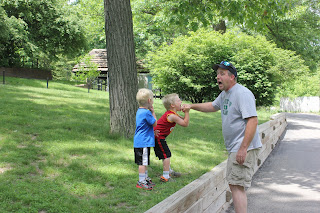 After leaving the Zoo we went out to dinner at a favorite Italian place before heading home.  Josh felt pretty special; he wanted pizza so we let him order a small cheese pizza for himself.  Little things that make kids happy, right? 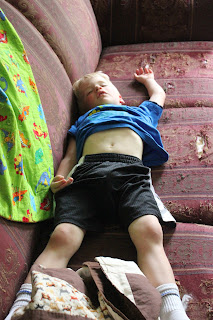 This is a sure sign of a good day - Nate sound asleep.  He fell asleep on the way home and never woke up even when I put him in his PJ's and laid him in bed.  His poor little legs were so tired after traipsing through the zoo!

Finally, Sunday was filled with a concert! 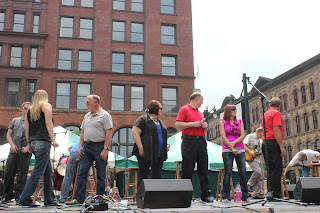 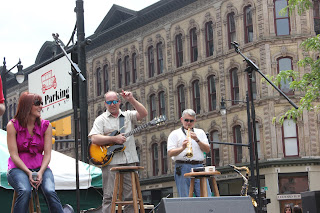 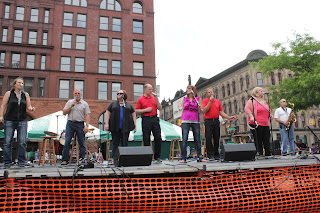 Darryl's group, Alive!, had a spot at a local festival so we headed downtown to watch the group perform.  The boys and I wandered past all of the (great smelling) food booths and found one that sold fresh squeezed lemonade (which was fabulous) before heading back to sit in the sun to listen to the group.  After the concert we headed home but, as promised to the boys, stopped at our favorite little ice cream place for a treat.  The boys love their ice cream cones!! (Especially Josh!!).

Despite not camping, we really had a fun weekend and are actually starting to feel better.  We had talked about doing some backyard camping on Saturday night but after the day at the zoo, the boys were very tired and Darryl and were ready to sleep in the A/C :-)