Twelve Years ago, My husband and I got engaged at a Metro Beach.  Yes, we went to a beach in March. In Michigan.  It's fitting since we both love the beach and the water.  Every year we head back to the beach sometime in March as a time to just go back to where it started and relive that fun memory.  It is even more fun now to take the kids.  Now, lets keep it real.  Some years it is so frigid we spend about 10 minutes there (Last year it was so unbelievably cold that we didn't even make it all the way down the boardwalk to the beach!).  This year, though, the weather was pretty nice - so nice that we spent about 1 and 1/2 hours playing there.  We have a basic "routine" that we do every year!

This year, we drove to my parents on Friday and stayed the weekend which was nice since it brought us an hour closer to the park.

We always start out by eating lunch at National Coney Island - it is a resturant that is only in the Metro Detroit area and I just love one thing there - a Hani (and . .chili cheese fries!!).  From there, we head to the beach. 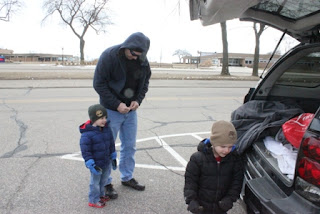 We always bundle up as we get ready to walk to the beach but, as we were putting on layers both Darryl and I said, "Wow, it is pretty nice out here today." 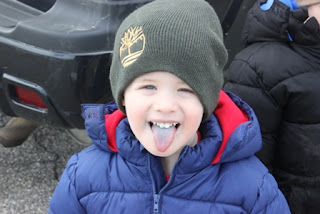 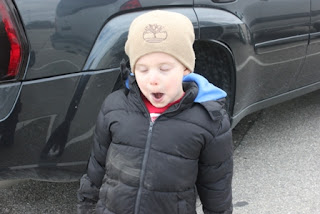 My boys are really into making funny faces when I get the camera out lately.  Yes, Nate's tongue is blue - they boys got blue (gross) suckers at Coney Island. 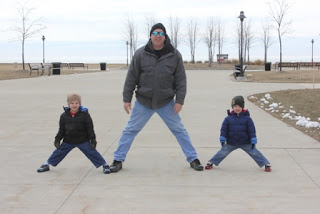 Isn't this an awesome photo - I want to blow it up into a canvas and hang it on my wall I love it so much!!!  I told Darryl that every year we will have to take this photo! 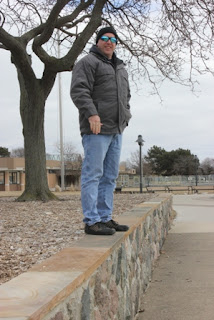 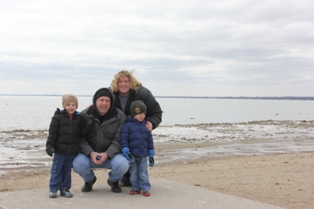 It is in this spot that Darryl actually proposed so we always try to get a photo here.  It's fun to see how we have changed and how our family has grown. 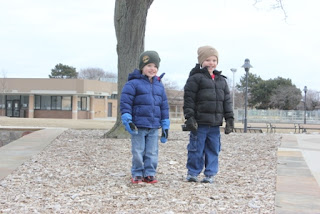 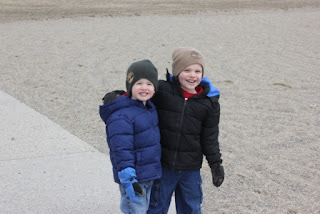 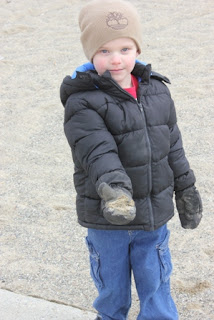 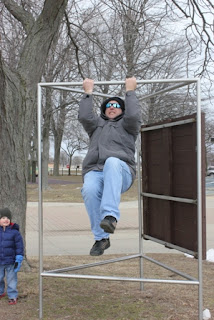 Another tradition - Darryl does a chin-up.  Some day he will have some competition I think :-) 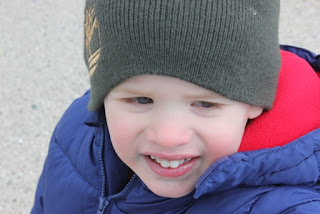 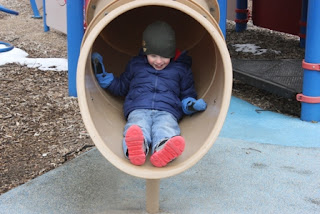 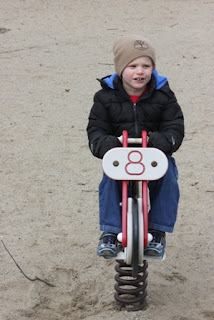 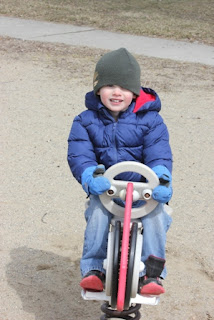 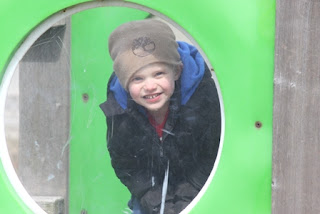 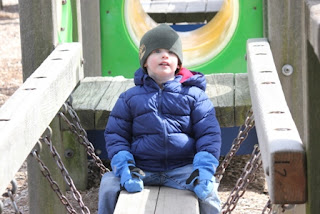 For the first time ever the boys were able to play in the huge playground area.  Nate even made a friend who he played soccer with and then played in the play-scape with also.  He is still talking about his new friend. 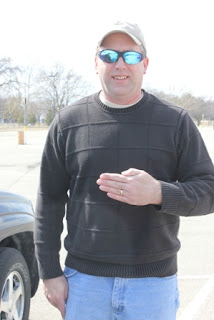 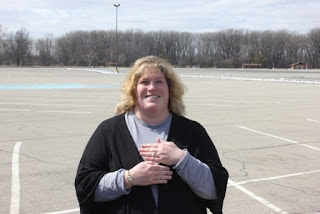 When we got engaged, Darryl took a photo of me with my ring by the car so now, we always try to take the same photo but include Darryl with his wedding ring too! 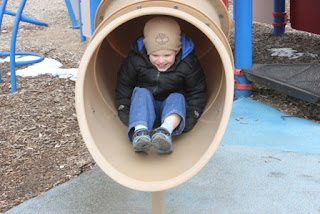 Once we leave the park, we head to Morley Candy Factory to pick out chocolate.  Usually I take photos of us with our chocolate but, since it was the week before Easter, the store was a ZOO!!!!!  Wow!  It took all of our patience to help the boys pick out two types of candy, to pick out our own, and then get out of that store!!!

Finally, we always do a third fun thing but it changes each year.  This year we decided to take the boys to see "The Croods".  It was the perfect choice - they, especially Josh, loved the movie and has already asked to see it again. Considering the fact that he always says he doesn't like movies :-)  We decided that it would be easier to eat dinner at the Mall (where the theatre was) but, boy, were we wrong.  First, we walked by Jeepers - which is like a Chuck-E-Cheese - we HAD to stop and play  . . .wow.  The food court was a zoo too.  Not to mention the Easter Bunny.  Next time we will leave the mall for dinner (lesson learned!) .

Really, it was a great day with so much family fun.  Both boys were exhausted when we got back to Papa and Nana's house :-)