I think there is nothing better than a fantastic surprise.  Whether it be something as simple as a surprise gift (like a frozen lemonade on a hot day) or a weekend away or something BIG - it is all fun!  Well, let me tell you, we managed to pull of a HUGE surprise on my parents this past week.

My oldest brother, Kel, and his family are missionaries in Brazil.  They went back to the field last August and we did not expect to see them again until August 2014.  (I think that is when they are coming back!).  When you have family in another country, it is like a little piece of you is missing because you cannot just go see them - they are really too far away to visit.  About two-three weeks ago, my brother called me with an idea.  In Brazil, they have airline price wars periodically and this time both Fortelaza, when he lives, and Detroit were included.  He was tossing around the idea of buying tickets and surprising my parents.  I mentioned how cool it would be since our dad is turning 70 this month.  That kinda sealed the deal and he bought the tickets.  I won't go into prices but will just say that he was able to get three round trip tickets for less then what they normally pay for one.  Yes, it was that good of a deal.  My brother Ken had the job of keeping my parents in town which was no easy matter.  For two people who NEVER do anything (or so it seems) they kept trying to plan trips out of town.  They planned a trip with Ken's kids to Chicago but Ken told them they had to be back on Wednesday because they had family plans (they didn't - Kel was flying in that day HA!).  Then they talked about go away on Thursday/Friday but again, Ken told them that they wanted to do something with them on Friday since it was the kids spring break (a lie HA).  Should I mention Ken is a pastor ?? hehehehe On Wednesday morning, Darryl, the boys and I headed to my parents house.  Ken and Lynnette headed to the airport to pick up Kel, Deb and Micah.  The timing was perfect because as we pulled into town, Ken was pulling into his house.  We all met there to wait.  Apparently both my parents had appointments that morning and wouldn't be home for another hour.  Ken had made arrangements to make sure they would be home by noon. (Yep, another lie HA!) 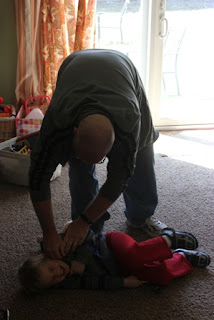 We used the time to hang out with Kel and family  - Kel was tickling Josh HA! 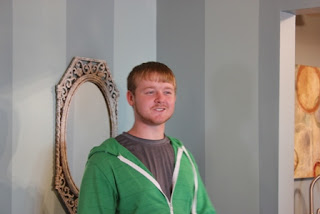 Micah :-) He has grown up a lot just since last summer. 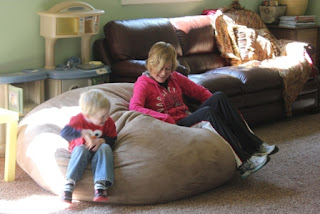 Aunt Debby and Nate playing on the huge bean bag. 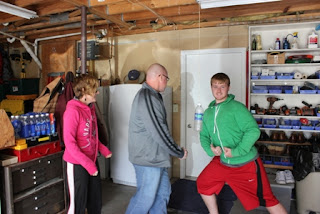 Waiting in my parents garage while Seth, Ken and Lynnette are spinning stories to kill time.  HA! 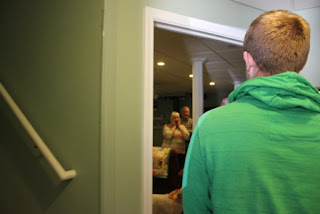 Look closely through the door - can you see my parents - there is total shock on their faces.  My mom screamed so loud - we'll be talking about that for a long time HA! 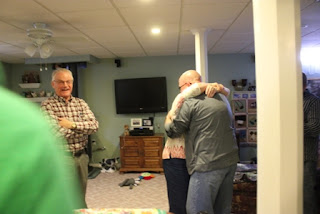 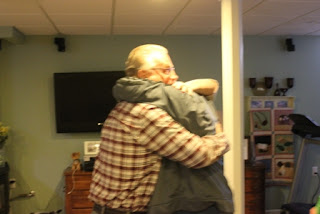 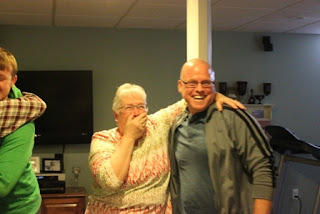 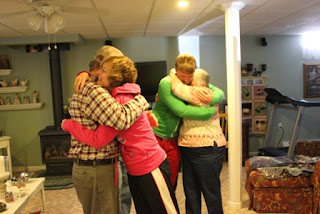 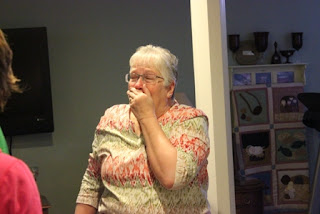 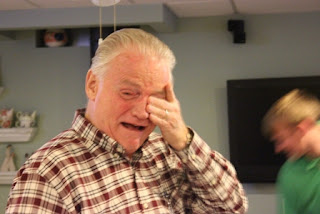 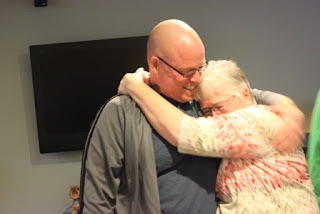 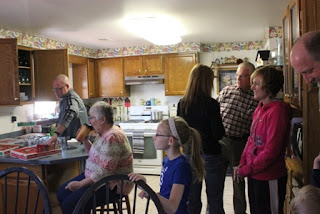 Ken had picked up pizza for lunch for us all (I think to make up for his lies HA!).  Plus Kel had requested pizza :-) 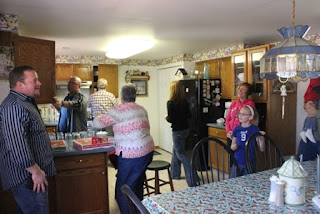 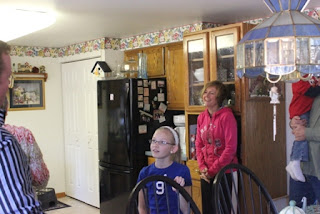 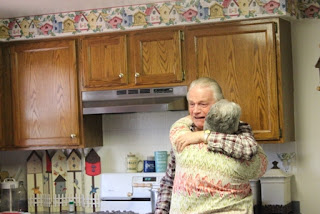 My parents really had no idea about this surprise and I don't think we could ever beat this one.  All because my dad is turning 70 :-) 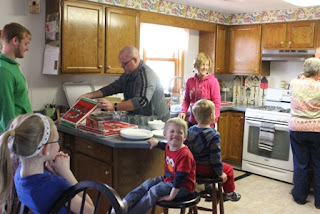 It was an awesome day.  We hung around and talked for hours before running errands.  I went with my sisters-in-law Deb and Lynnette and did a little shopping; Ken and Kel heading to the store to pick up stuff for dinner and Darryl took the boys for a long walk in the woods. 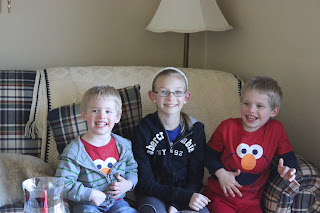 I love this photo of the three cousins.  Nate followed Kate around like a puppy dog all afternoon.  Kate played with the boys all day and was so kind to them - she is such a sweet heart and I adore her!!

There is more fun coming next weekend when we are all back together again :-)