I am an Olympic junky.  I will not lie.  If I could watch it 24 hours a day, I would but, with kids in the house I tend to only get to watch the evening broadcast.  Ultimately, that is the best one to watch since they are going to show some of the best things to see.

I used to really love Ice Skating but I must admit that now that so many of the big names of days gone by are, well, gone, I'm not enjoying it so much.  I REALLY love snowboarding and skiing though (especially if they fall HA!)

I really like this guy a lot this year. Yep that is Shaun White and yes, he has cut his hair.  I watched a special on him a few weeks ago and have found that he has matured through the years and, on top of that he reminds me of this guy: 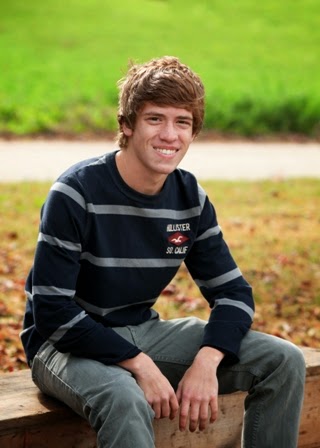 My nephew  - Breadon.  Even more so now that Breadon cut his hair different then the photo above.  When I was watching that special I mentioned I kept trying to figure out who Shaun reminded me off . . . and then it hit me!

So with that said, I'm watching Olympics more and writing less right now :-)