We had another great week with some new experiences and everyday fun! 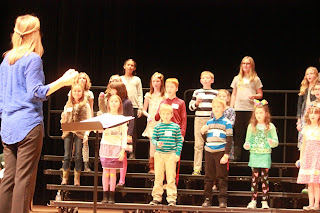 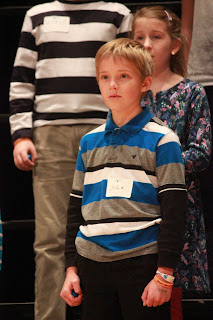 On Saturday, the 11th, Josh had the opportunity to participate in a choir for 3rd-6th graders through the Michigan Music Educators Association.  It was a great chance for him to work under and be taught by a choir director and learn songs to sing with other students.  As homeschoolers, sometimes it's experiences like this that help create something new for students to use as learning tools.  He seemed to really enjoy it and we were super, duper proud of him! 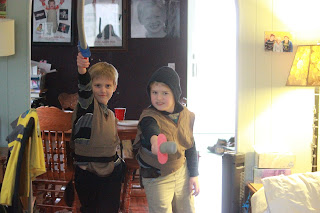 Another first - the boys got invited to their very first real friend birthday party.  They even got to dress up. We pulled out their costumes they wore in the Christmas program last year and transformed them into Knights.  We even had nerf swords! 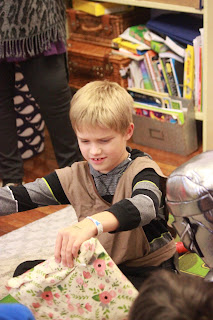 Josh playing one of the games.  This particular friend is actually a good friend of Nate's but I was thankful that they invited Josh too. :-) 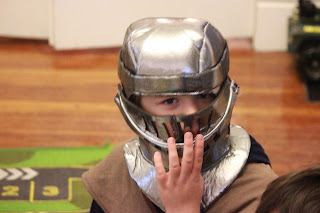 Nate found this helmet at his friends house and added it to his costume. 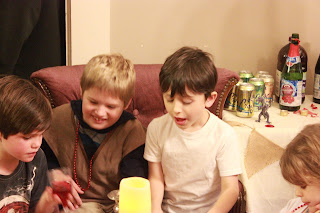 Nate and his friend, the birthday boy, sitting in the "Kings Throne".  They boys really did have a lot of fun.  I am thankful for great experiences! 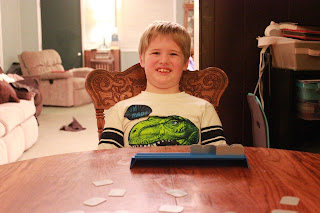 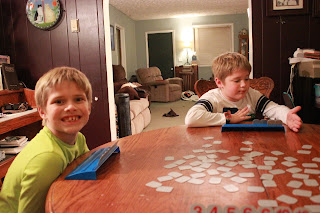 Nate is really into games right now.  At least one night a week he will start pulling out games for us to play after dinner. 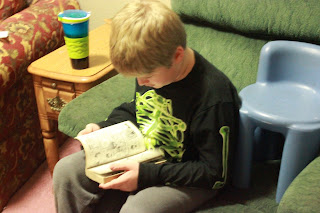 Speaking of heartwarming moments - this is a first.  Both boys picked out books at the library but Nate, well, he picked out some "chapter" books.  Nice thick books.  After AWANA, I found Nate in the playroom . .. READING!  On his own.  Who cares that they are Pokemon books written in comic style - he has a bookmark and everything.  I've been waiting for my kids to start wanting to read! 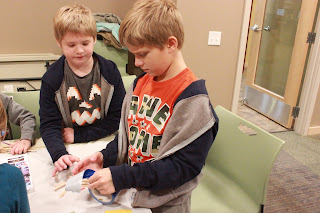 On Thursday, we attended the Library homeschooling hour and the boys learned about bridges and then got to try creating their own out of Popsicle sticks. 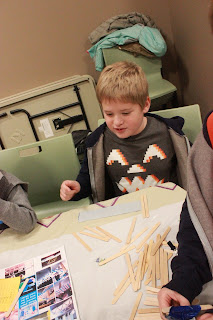 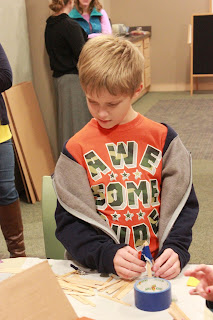 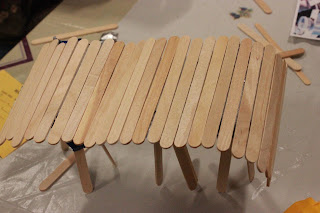 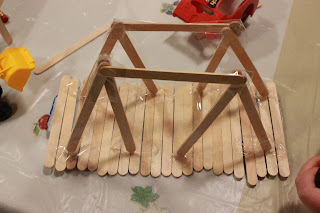 Nate's bridge.
Posted by Jackie Koll at 7:00 AM No comments: