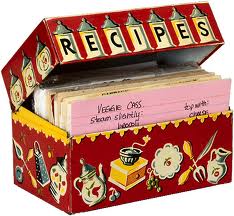 This weeks meals were pretty good.  A favorite was the Ham and Cheese Quiche. I did have one big mess up - I made Breaded Chicken, which I've made before and we really like, but the chicken thighs were still semi almost frozen.  I didn't think a lot about it - just added 15 minutes to the cooking time.  I put dinner on the table, my husband went to cut into his chicken and . .well, I think it was still clucking.  It was gross LOL  Wow.  We enjoyed potatoes, peas and rolls though!

I'm really loving having the whole month planned in advance.  I have made some changes so I can remember them for future months and I'm finding some recipes we don't really love and have found that some things I don't want to repeat every month, even though we like them.  It sure makes getting my grocery list together easier, though, since I already have recipes pulled and the menu written!

This is what is planned for this week!

Saturday:  I have no idea.  How's that?  Originally, we were going to dinner at someones house Friday night but those plans fell through so we decided to keep the babysitter and have a date night.  We spent our entertainment money so . .my plan to get dinner after the kids go to bed tonight might not work ! Maybe we'll rob the change jar and get some tacos :-)

Sunday: Stuffed Shells with Cheese, beans, biscuits.  This is one of the meals that, as much as we like it, I don't want to have it every 4 weeks.  I think I need to rework my Sunday plan :-)  For dinner, we'll have Thai Chicken and Pineapple Stir Fry

Monday: Just some homemade pizza for the kids and I

Thursday: Stuffed Meatloaf, Potatoes, Corn, Peasant Bread (I made this bread a few weeks ago - it was really good but didn't turn out perfect because I tried to use the bread maker to "cheat" - I need to make ti from scratch and see how it works)

We are spending the weekend getting some projects done - finishing up some things in the basement, storing away all of the outdoor toys/furniture, getting the garage ready to park cars in as the snow starts to fly, and hanging up a growth chart :-)  We actually have a weekend at home with no plans so we figured we had better get some things done!
Posted by Jackie Koll at 10:00 AM No comments: