Make it Monday - Pumpkin and Apple 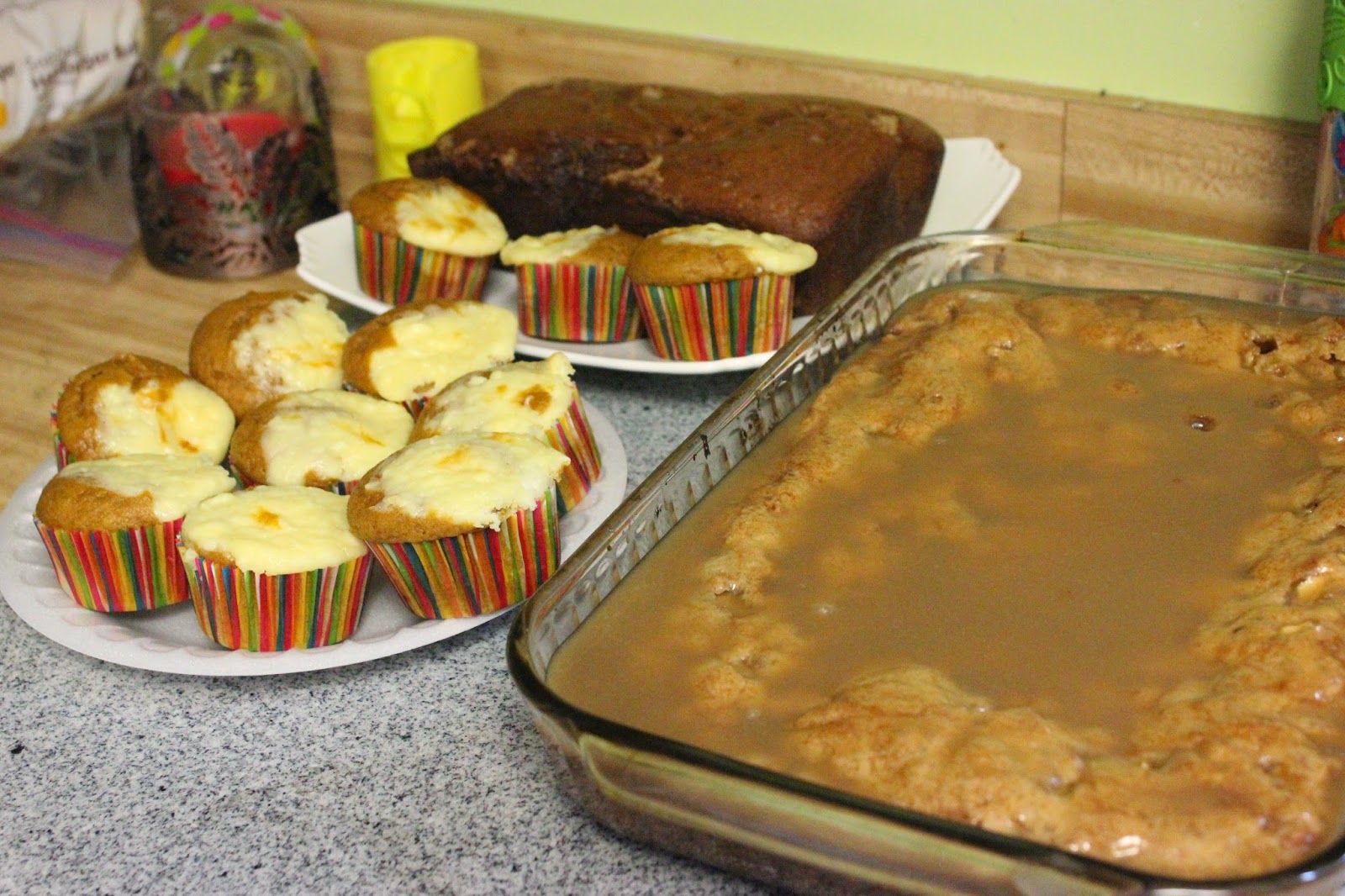 I recently went on a baking frenzy because, 1) It is finally cold enough outside to actually want to have my oven on for a few hours and 2) I love all of the fall recipes!

Two of the above recipes were a huge hit and one of them hit the garbage can after one bite.

So which one went in the garbage?  The Apple Cake .  It sounded so good and the photo on the blog looked great but when I made it, there was nothing great about it.  It was very dense, dry, and tasteless.  Plus the "frosting" never set up and was just a gooey mess.  Ironically, as I was making it, I remembered making a similar cake a year ago with the same outcome.  No more apple cakes for me ;-)

Now, on the other end of the spectrum, the Pumpkin Cheesecake Muffins were fabulous.  I made them into 12 regular size muffins instead of mini-muffins and they were fabulous.  That is a recipe I'll make again without a doubt!

Finally, coming in at a close second to the muffins was the Pumpkin Bread.  Darryl said it was the best he ever tasted.  I thought it was great bread but wasn't quite as "pumpkiny" as I was expecting.