Nate was very excited for his birthday to arrive. He had it all planned in his head.  We picked out his cake from Meijer (which we didn't eat on his birthday because we weren't hungry HA) and he wanted mac and Cheese for Lunch even when I tried to convince him to go out to lunch. 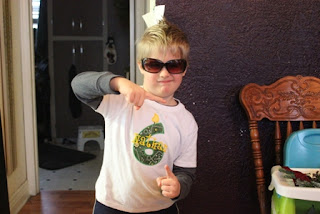 He loved my sunglasses.  I love his shirt!  Hard to believe this little cutie turned 6! 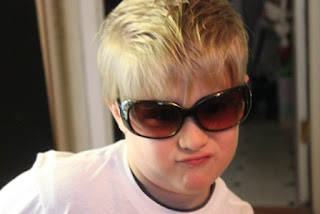 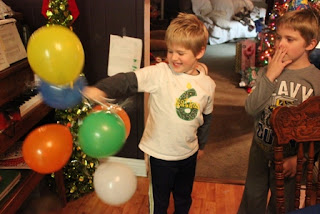 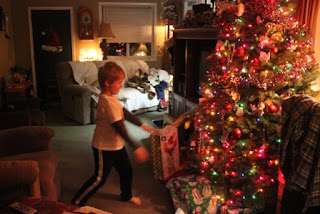 Darryl showed him how to throw the balloon at the tree to pop it and Nate thought it was awesome! 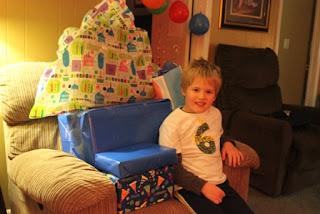 After dinner, Nate opened his gifts from the family. 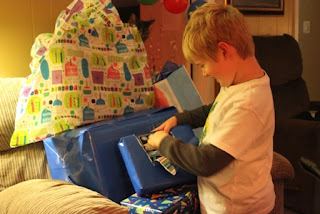 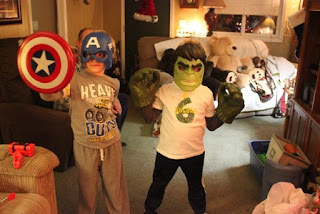 Avengers dress up gear!  The Hulk and Captain America!  Nate had specifically picked these items out and every time we went to the store he would look at them.  He was very excited :-)