It's hard to believe that our Fall Semester at the Home School Co-op is done!  Considering the fact that it only goes 10 weeks and we missed 3 I guess it is no wonder it went fast!  We had a couple of activities that wrapped up the end of the semester so I wanted to share some fun photos! 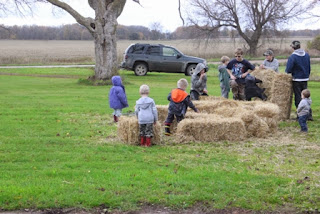 So, my boys were beyond thrilled to get to play with all of the other kids in the straw.  It was fun to see their personalities.  Nate just ran to the straw and starting playing - even crawling up three bales and jumping, not caring what he landed on.  Whereas Josh looked at me and said, "Mom, can I go play anything over there? I mean anything? Really?"  He is my more cautious kids for sure! 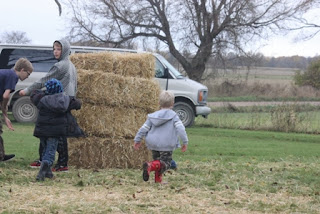 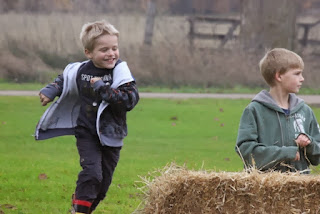 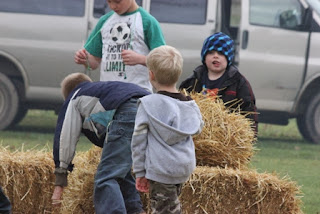 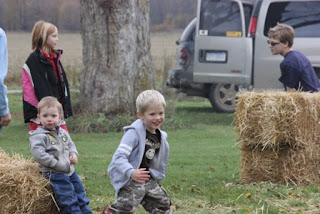 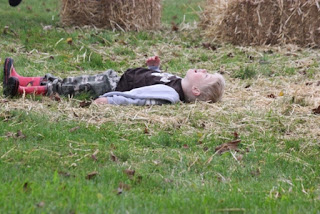 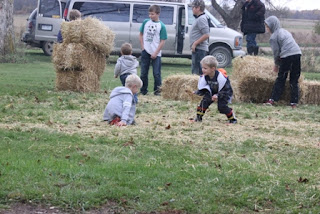 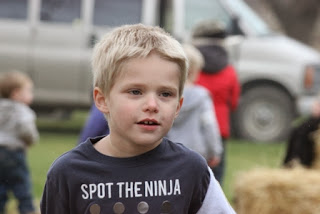 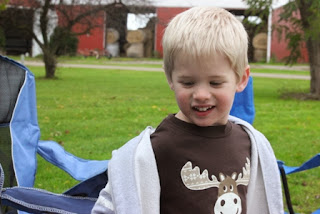 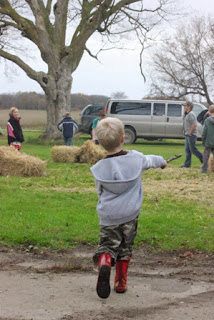 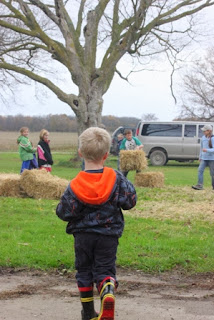 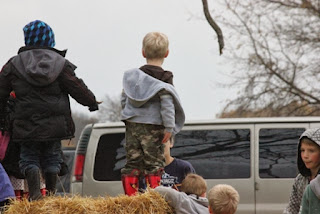 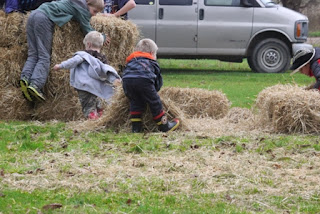 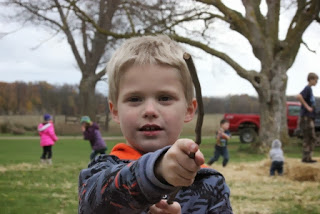 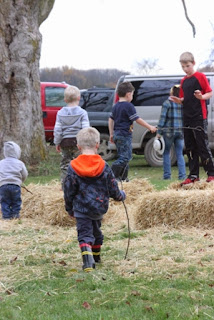 To say they had fun that afternoon would be an understatement.  Even when the rain started, Josh played outside with kids while Nate went inside and played with the big kids.  They both slept well that night!

Presentation night is the night where the kids get to show what they learned over the semester. 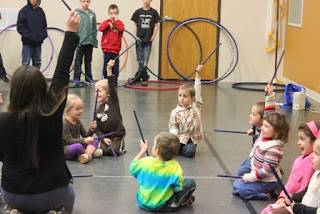 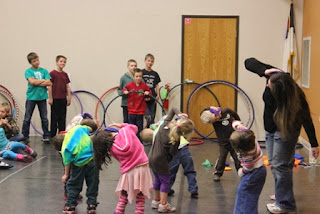 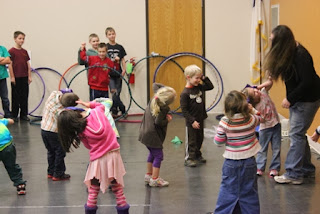 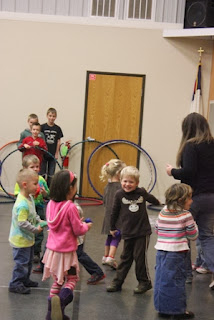 And then danced to the bean bag song. 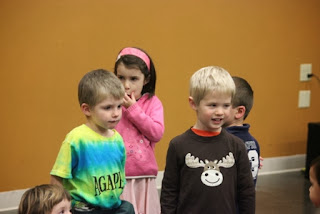 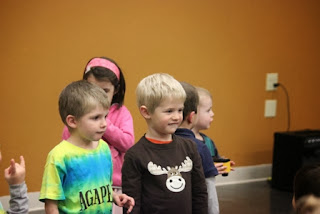 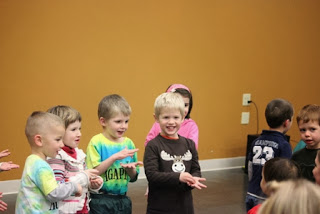 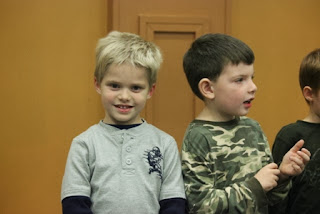 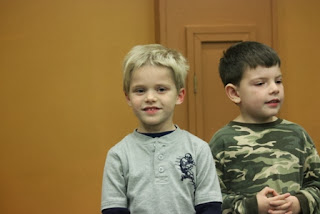 Josh's class sang their ABC song from the semester.