We are a little late on the two-wheel bike front around here.  One reason is that it took until this spring for either of my kids to figure out how to pedal their trikes.  Then we just kept forgetting to buy training wheels. Well, we finally picked up a set this past week and put them on a fantastic bike that my Uncle and Aunt gave us.  The bike is about 20 years old but it is in near perfect shape and belonged to my cousin when he was little.  Isn't that awesome?  Thanks to my uncle, who fixed it all up and made sure it was pretty near perfect, we had a great bike for Josh. 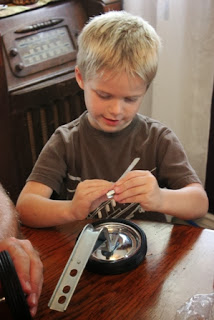 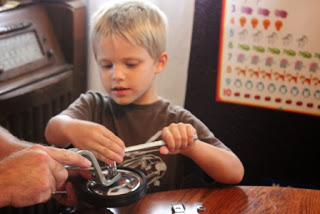 Any time Darryl is working on a project, the boys have to be involved.  They all went to the basement to pick out tools; then Josh was able to help put the training wheels together. 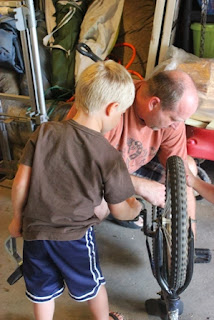 He also helped putting the wheels on his bike. 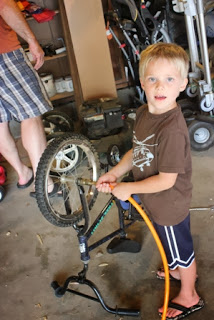 Then found a place to put the hose from the air compressor . . .even if it wasn't the right spot! 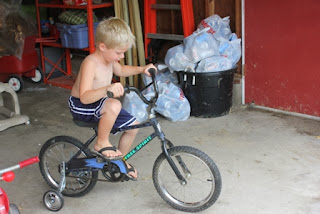 Then he tried it out.  It only took him a second before he was steady and on his way around the driveway. 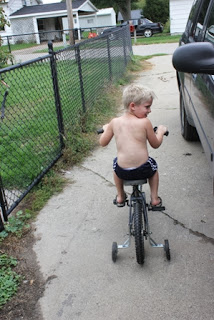 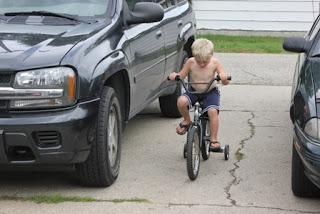 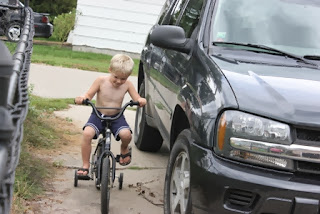 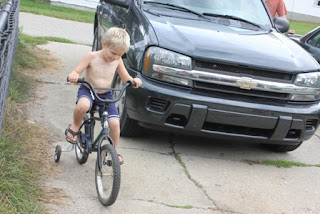 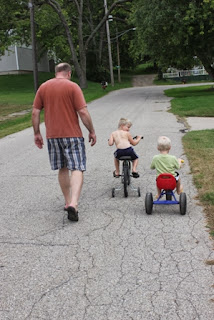 We had to end the day with a walk/ride around the block.

Nate has now moved to Josh's bigger trike but he is not happy that he doesn't have a bike like Josh's.  We do have a little toddler bike that was given to us by a neighbor that is not in great condition but Nate has claimed it and is so upset that his "bike just lays down" because it doesn't have training wheels.  I have found some that should fit it on Amazon and will be ordering those in the next few days so he can have a two wheel bike to ride.  That should hold him over until the spring when we can get him a nicer bike - and one that is more the size of Josh's.  Right now, that bike is just a tiny bit too big.