This week started with a birthday and ended with a special visit!  In the middle we had 4 days of state testing which meant early mornings and daily drives to Grand Rapids.  By Friday the boys and I were done. . .tired . .. ready for the weekend!

Saturday was my birthday!  We went to my moms and dropped the boys off.  Then Darryl and I headed to the Detroit area where we had a fabulous lunch at Red Lobster before heading Metropolitan Beach (where we got engaged).  It was a beautiful day to walk around and enjoy being outside.  We also stopped at Morley's Chocolate to pick up a few treats.  From there, we went to see a movie.  There really wasn't much out so we decided to see Shazam.  It was kinda fun but it was also creepy with science fiction twists in it.  Not something I would normally see but sometimes going outside the box is good too.  Finally, we stopped at Mega Coney Island for a late dinner.  During all of this I never took one photo HA!  Oops!

On Sunday, the boys gave me their gifts (they were in bed by the time we got home) before we headed to church.  After church, my mom took us out to dinner at Culvers before we went back to the house.  I took some photos after we got home at some favorite spots around my mom's yard since she is moving soon. 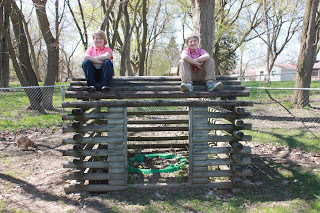 My dad built this little log cabin 25 years ago (Give or take) for the grand kids.  It was pretty important to take a few photos of the boys with it! 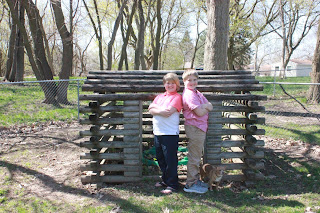 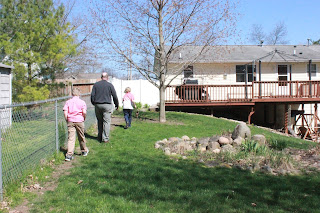 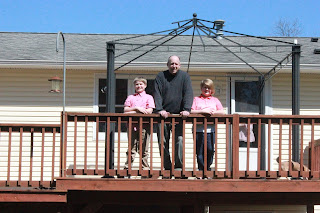 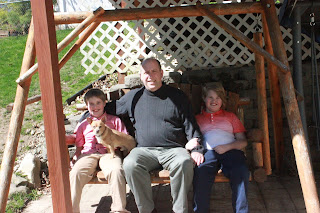 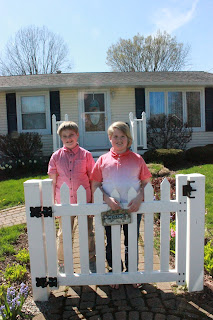 Monday was a normal school day before four days of testing.  On Tuesday-Friday the boys had state testing.  We had to leave home by 8:00 every day (we don't usually function until 9:00 HA!).  While one boy was taking a test the other boy and I had to sit out in the hotel lobby killing time.  I remember last year I said, "I should save money and we can stay at the hotel to make it easier. .. well, that's when I thought one had tests in the morning and one in the after but three nights at a hotel with meals out would have been too much!  HA!

Friday brought a little more fun.  After Josh finished testing, we had about 40 minutes to kill before lunch so we just stayed at the hotel and played on Ipads before heading to Olive Garden for lunch.  We choose Olive Garden because I had a gift card which meant "free lunch" and free is always good.  After that, we had some more time to kill before a very special visit!  The boys opted for time at CatchAir.  So that's where we headed! 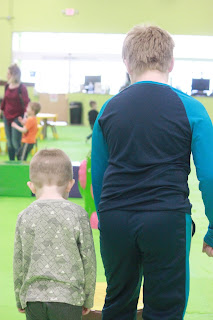 This little boy attached himself to the boys as soon as we walked in.  He wouldn't leave them alone (which drove the boys nuts after about 20 minutes!) The photo above really shows how big Josh is getting.  Yikes!  He's growing up! 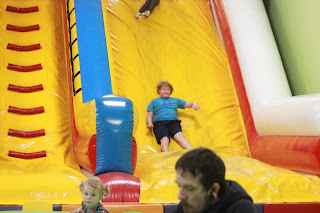 That's Nate coming down that slide! 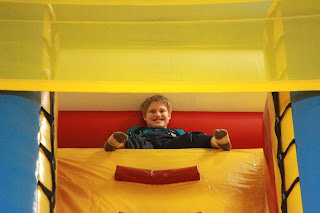 And Josh at the top of the slide 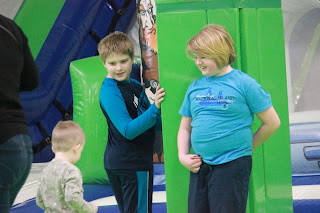 The little boy trying to convince the boys to play his games - which they wanted to play without him by this point!

After we were done at Catch Air we drove to Panara where we met up with . . .. . my oldest brother Kel!  This was an extra special visit because they are only in the states from Brazil for a couple of weeks.  They happened to be "driving through" on the way to my nephews house so we all made some time to meet! 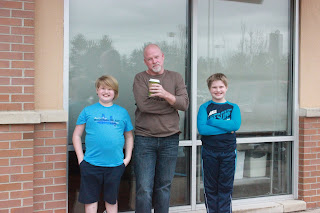 My brother and the boys.

My sister-in-law was getting her hair cut so we went over to see her too.  (Do you notice that Josh is almost as tall as her!) 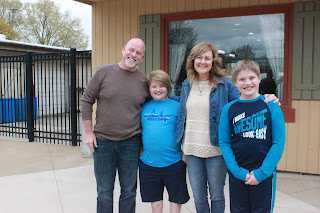 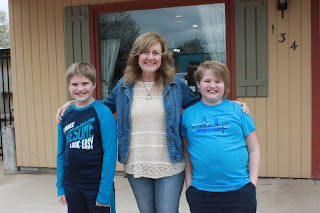 My sister-in-law, Deb and the boys.  Wow, my kids are tall HA!

It really was a week with fun things!
Posted by Jackie Koll at 7:00 AM No comments: