First, let me state that I am LOVING this summer.  The weather is near perfect and by "near perfect" I mean that it has been in the 70's with lots of sunshine and very little humidity.  We have only had to shut up the house and cool it down with the window units one weekend so far which is just fabulous.  I'm soaking up my kind of summer as much as I can because I'm sure the killer heat will show up eventually!

With that said, the sun has made it warm enough outside for the boys to starting asking for some water fun!  Last week we pulled out the sprinkler and boy, did they play in the water for hours!! 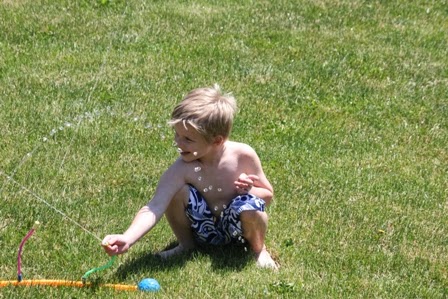 Josh trying to water the garden with the water but instead he watered himself! 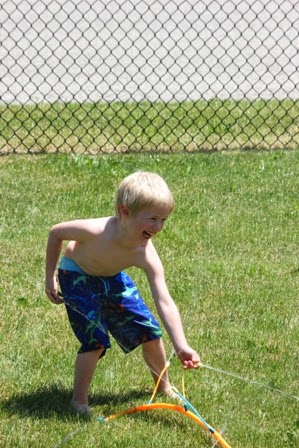 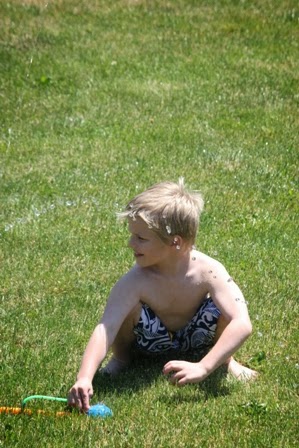 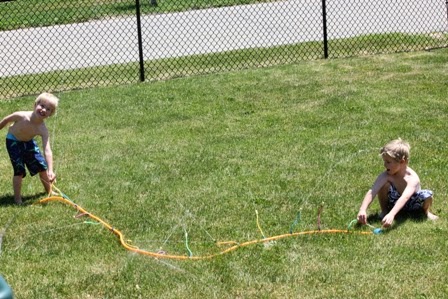 They loved pulling the sprinkler around the hard and, yes, for the record, my kitchen got a little wet.  Note to self:  Shut the kitchen window when the kids have the sprinkler out hahaha 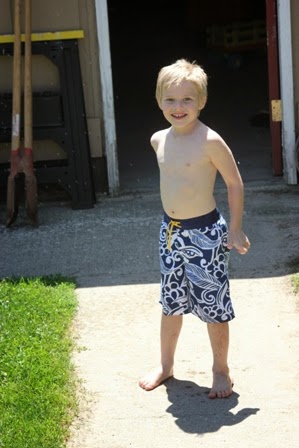 Joshua just hanging out and having fun! 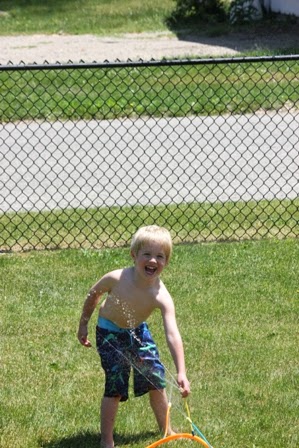 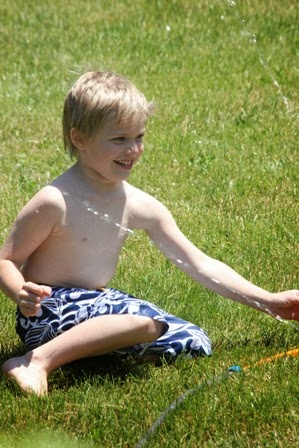 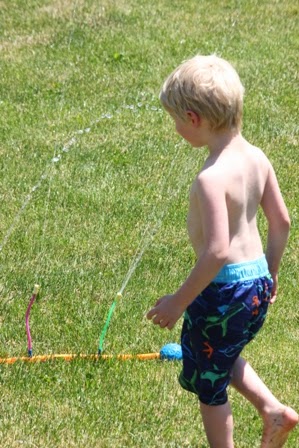 The boys also have been asking for me to put the pool up.  I bought a new pool this year -one with a filter and all that fun stuff so I don't have to empty it every day like I did with the little plastic pool we've used the last few years.  I kept saying that it takes more work but Nate told me that it was "Three easy steps Mom" and proceeded to show me on the box that you just had to 1)Blow it up 2)Lay it out 3)and put water in it.  I finally told them we would do it on Sunday.  Now, to keep it real, I was beyond excited to get up on Sunday morning to a rainy morning and was already planning my afternoon of watching TV, reading, and relaxing on the wonderful rainy Sunday . . .. except my boys must have prayed extra hard because the sun was shining by the time we got home and, while I was cleaning up from lunch, they hauled all of the pull stuff out to the yard.  Their excited was unmeasurable as we worked to set upt.  Josh kept saying, "Mom, I'm your helper, I'll do whatever you need me to do." HA!

We worked and worked and finally got it set up but no one could swim in it on Sunday because it had to fill!  I finished filling it up on Monday and told the boys that they couldn't swim in it until we did the chemicals.  But, then I got to thinking, I filled it with the same water they take a bath in HA!  Yep, we fill it from the kitchen sink so that the water comes through the water softener.  Darryl and I both said - Go swimming!! - especially since they wouldn't be able to swim in it on Tuesday while we got the chemicals stabilized.  Which, for the record, made me feel DUMB!  Darryl figured it all out, though, and now we have crystal clear water and it is wonderful! 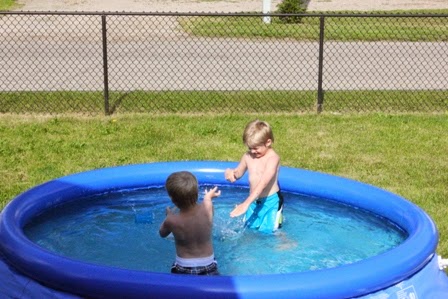 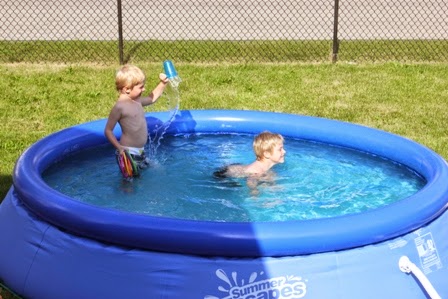