One of the privileges I have is to be on the missions committee at our church.  Naturally, I have a heart for missions.  I grew up with missionaries in our home frequently and I have several family members who are currently on the mission field or have been on the mission field at some point.  The culmination of the year for the missions committee is the Missions Month ending with the Missions banquet all of which is happening right now.  My main job has been the centerpieces so I thought I would share what was done. 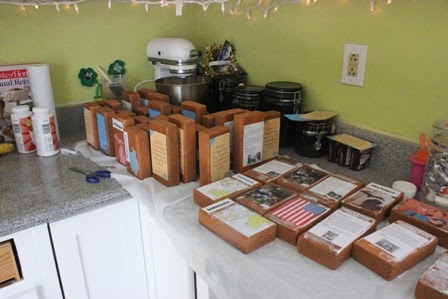 To begin with, one of the other members had the blocks cut.  Simply, she picked up some basic boards and cut them down into three different sizes.  From there, another member took them and spray painted all of them a nice brown color. 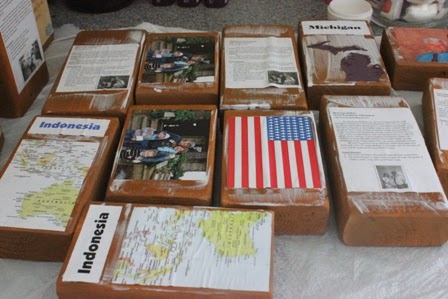 From there, another one of the members gathered the pictures and photos of the country flags and another member actually cut out maps from each of the countries as well.  I created the verses to go on the blocks and also used the mission booklet to add information.  I then used modge podge to adhere all of that info to the blocks. 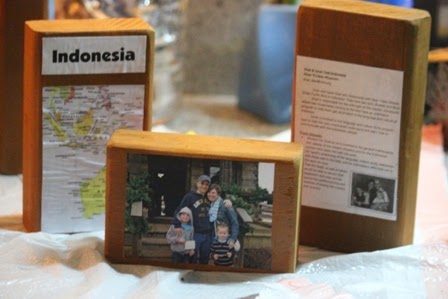 One side of each block held a photo, the info, and the map. 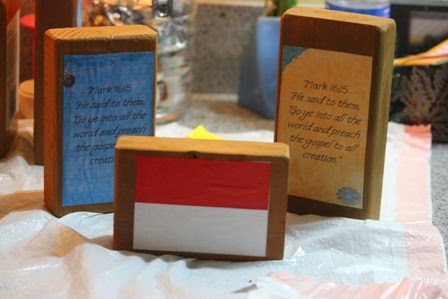 While the other side held the flag and the verse (we did the verse on two different blocks).

This is a very simple craft idea that is so versatile.  They would be great for holiday decor with either photos or letters on them or as decorations for a shower or wedding again, with photos - either decorative or of the couple/family/baby ect - or letters.
Posted by Jackie Koll at 7:00 AM No comments: