This week took a slightly different turn because we were down to one car while Darryl's van got repaired.  It meant we spent more time at home and also I had to really move towards a "zero spending" mindset to make up for the unexpected expense of the repair.  But, even at home, fun things can be done! 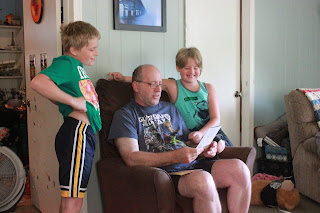 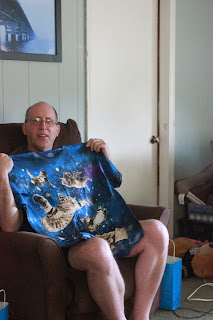 This was one of the gifts Josh picked out - yes, those are Cats in Space on that shirt. 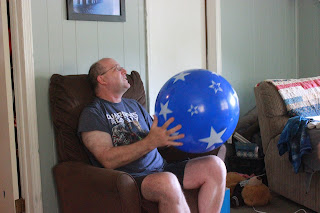 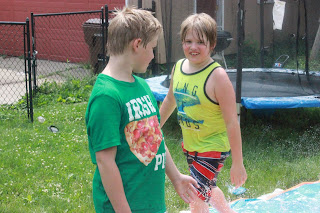 Monday had a heat index of close to 100 degrees so the kids got out water stuff - water guns, the sprinkler and the slipe-n-slide.  The idea was just to get wet and cool off! 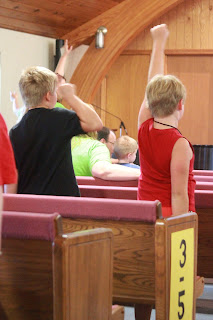 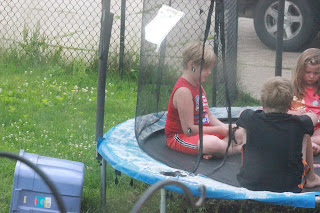 Tuesday they created their own fun which included playing UNO on the trampoline and helping Darryl clean the garage! 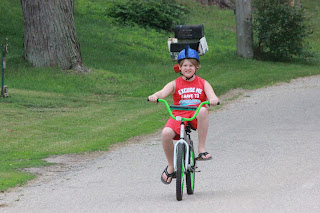 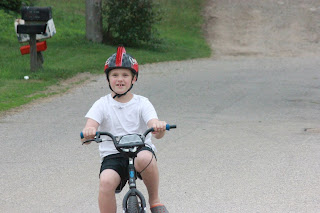 On Wednesday I told the kids that they couldn't play inside all day so they went out and rode bikes. 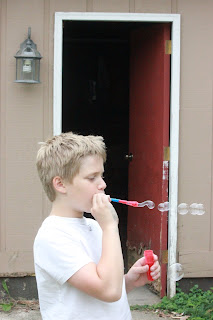 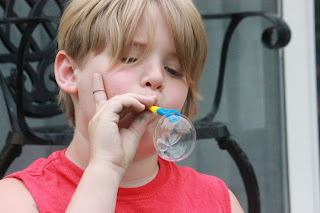 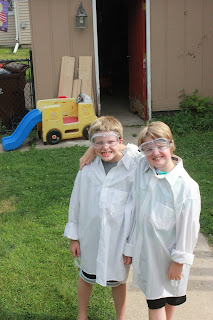 Thursday night brought the last regular night of VBS - they had to dress up as scientists. 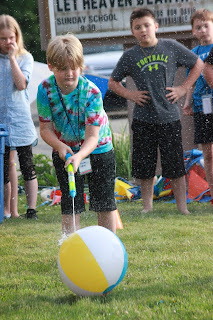 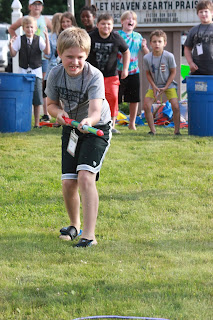 And they played water games. 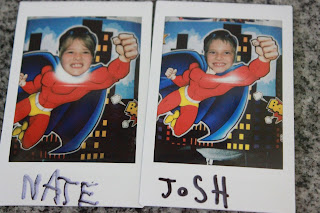 Friday they attended an event at a different church on Bible Super Heros. 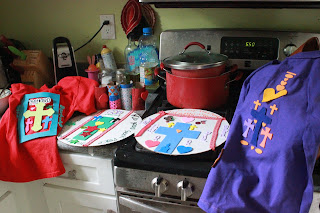 They made some awesome crafts. 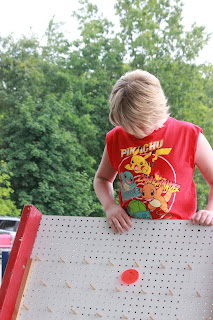 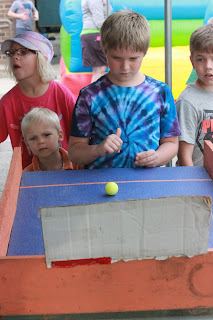 And we ended the night with the VBS Carnival.  It was alot of fun with a lot of candy :-)
Posted by Jackie Koll at 7:00 AM No comments: