Recently I've been trying out some simple recipes that could technically be used as appetizers/snack type things when we have our fun little snack nights especially around the holidays.  Sometimes I'm "guilty" of pulling out a bunch of new appetizer recipes on those nights only to have the flop.  I'm glad I've tried some out as dinner/side dishes because some have been success' and some have not!  This Meatball Slider Recipe was mediocore to say the least. 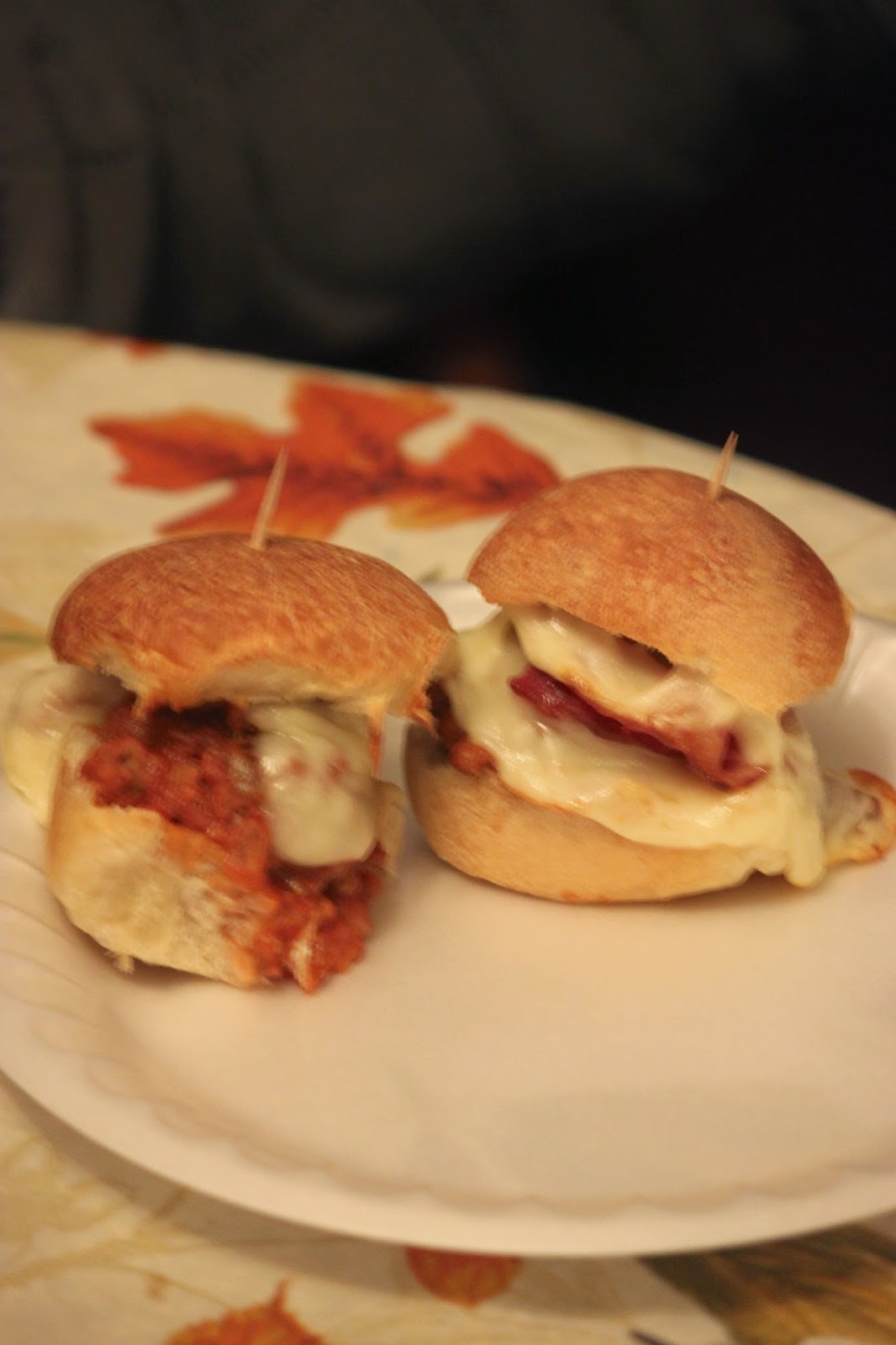 It is a super simple recipe and the idea is good but I would make changes.  The actual meat ball recipe is awesome - I'm going to use that to make meatballs from now on.  Why is it great?  Because it is plain - so often meatball recipes are heavy in spice but if you want them for BBQ or Sweet and Sour plain meatballs are the best.  For our tastes, there was way too much oregano in the sauce - it over powered the whole meal.  Really, I would just use our favorite spaghetti sauce to simmer the meat balls in - it would give a more balanced flavored.

You can check out the inspiration recipe HERE.