I've had a project that I have needed to finish since, well, Christmas.  It was actually supposed to be done to put out as decoration FOR Christmas but between a week long bout of the stomach flu that I had back in December, winter storms every time I planned a shopping day in town and a mistake in my order when finally ordered the stuff I needed on-line . .. well, it just got done!

It is a very simple project that revolves around the Nativity Scene - something that is the basis of my Christmas! 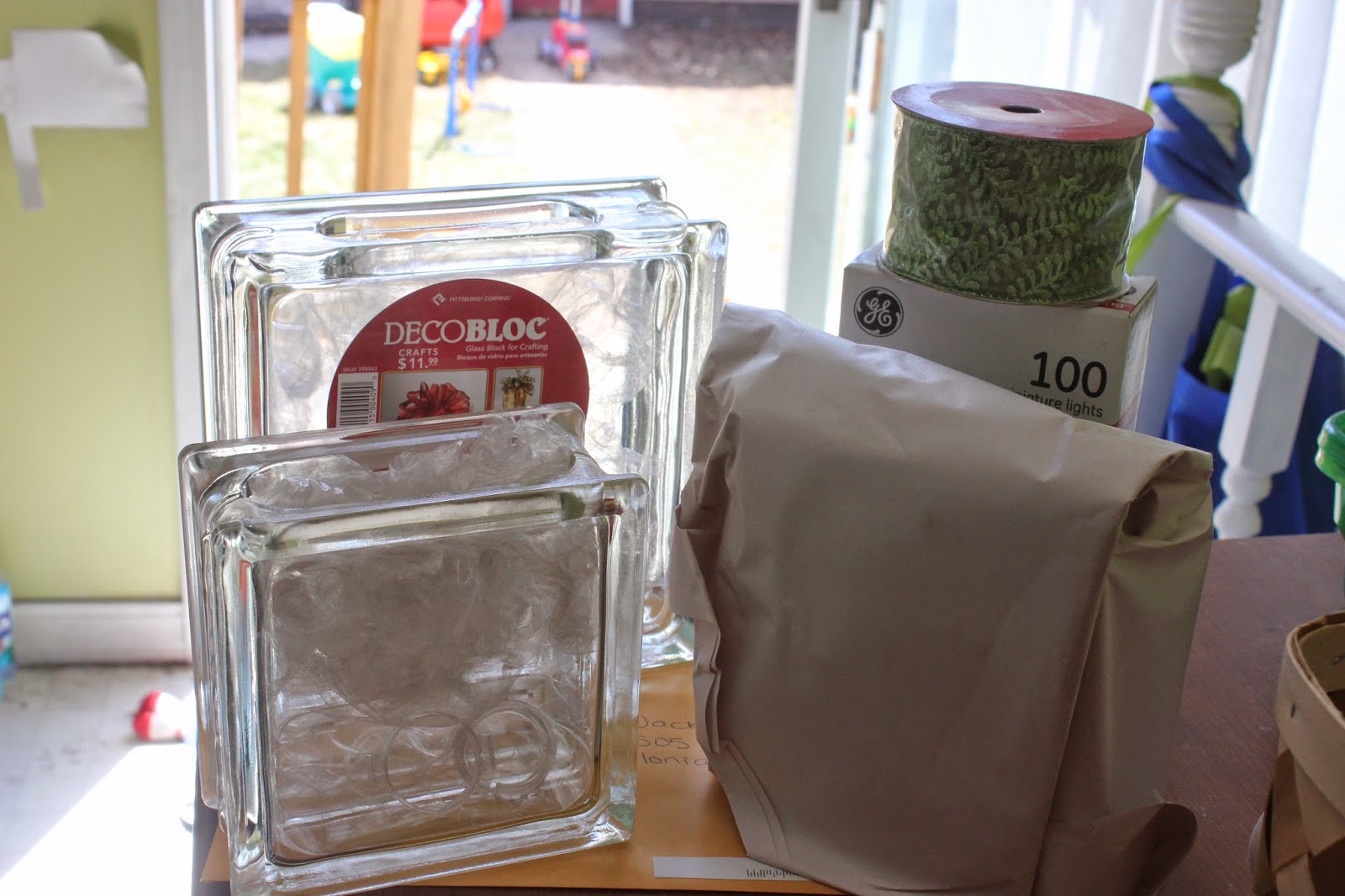 All you need is some basic supplies like glass blocks, Christmas lights and ribbon. And a super cute kid who wants his photo taken (oh wait, that really isn't a requirement!!) 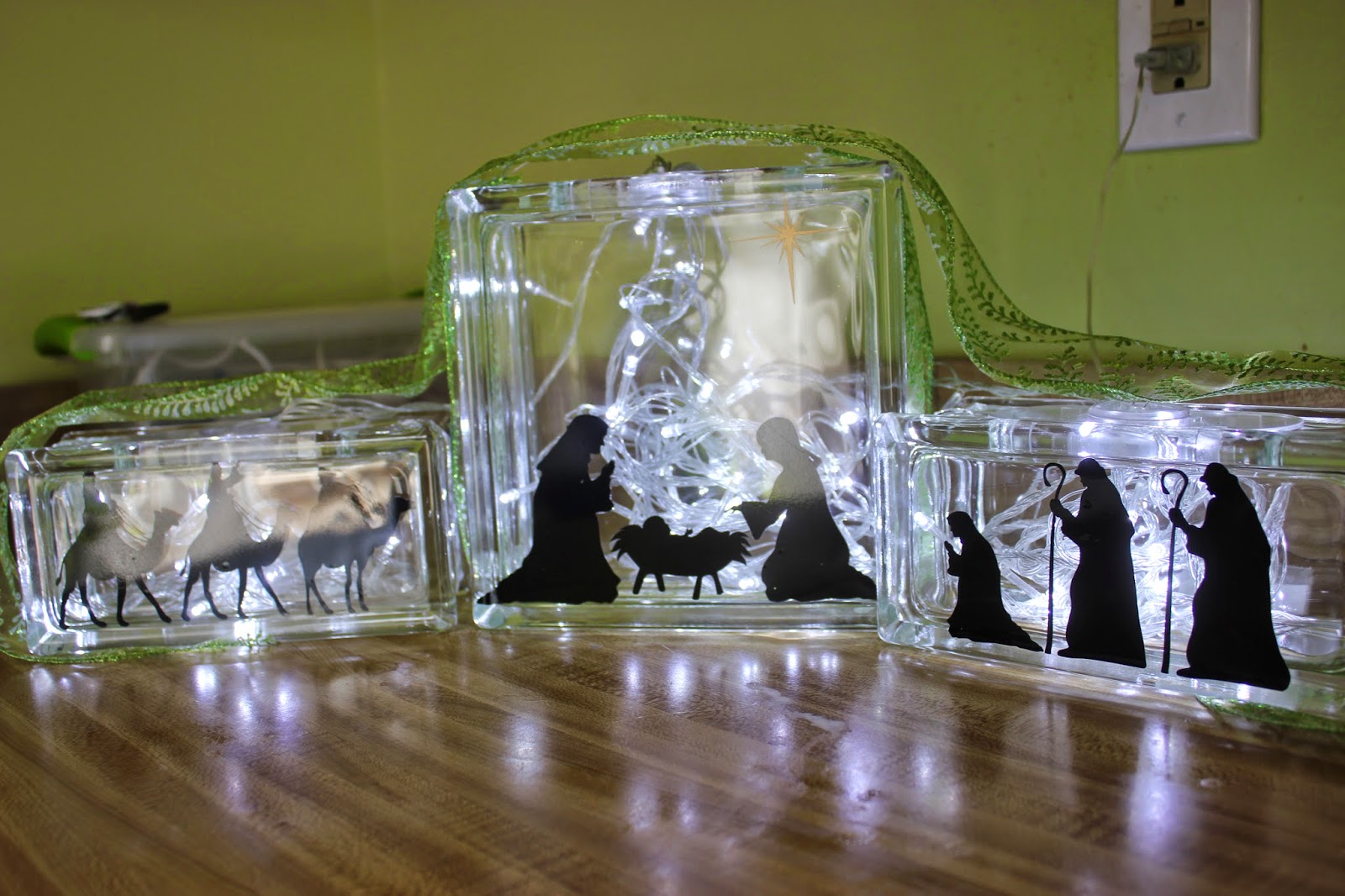 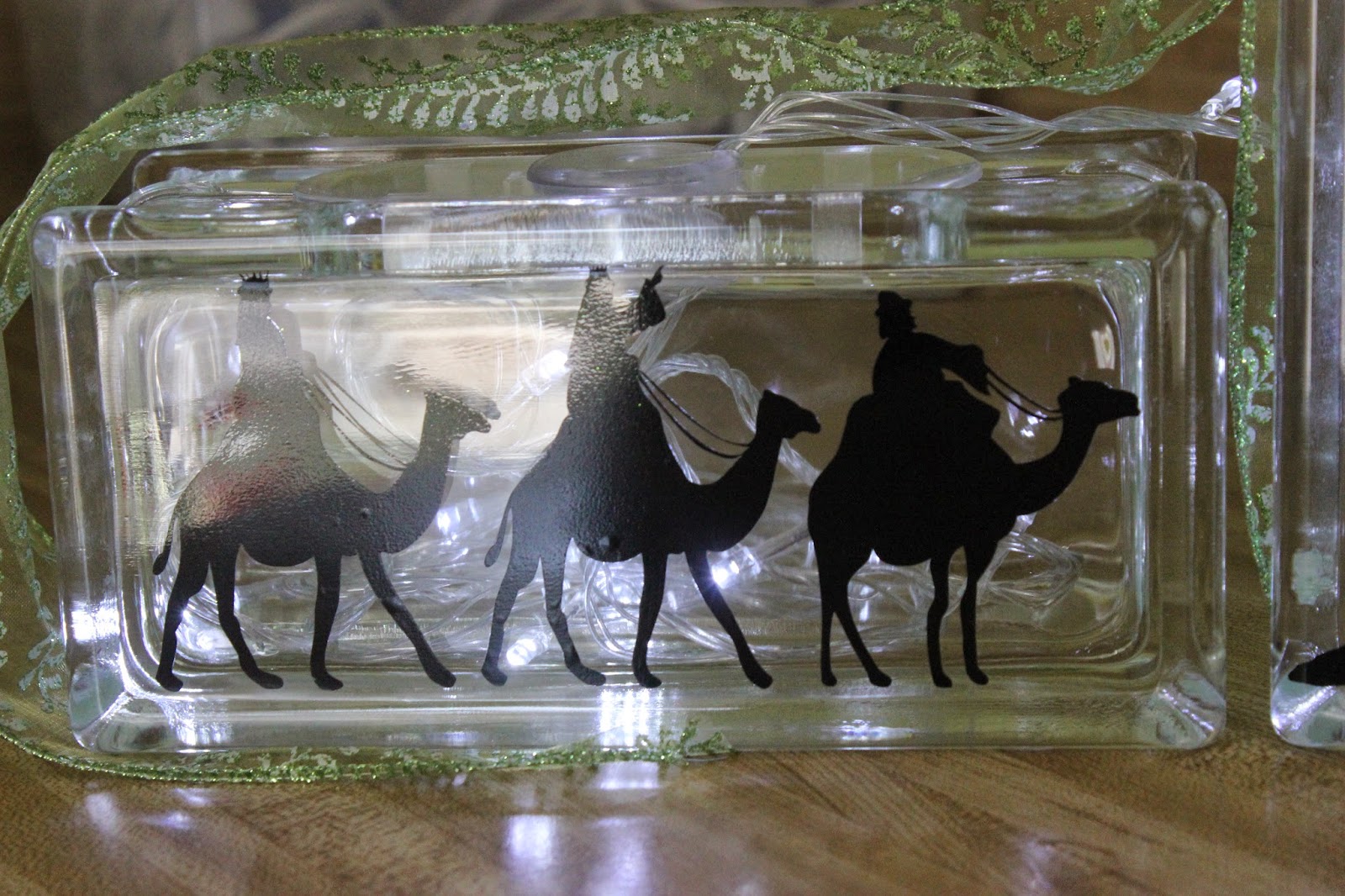 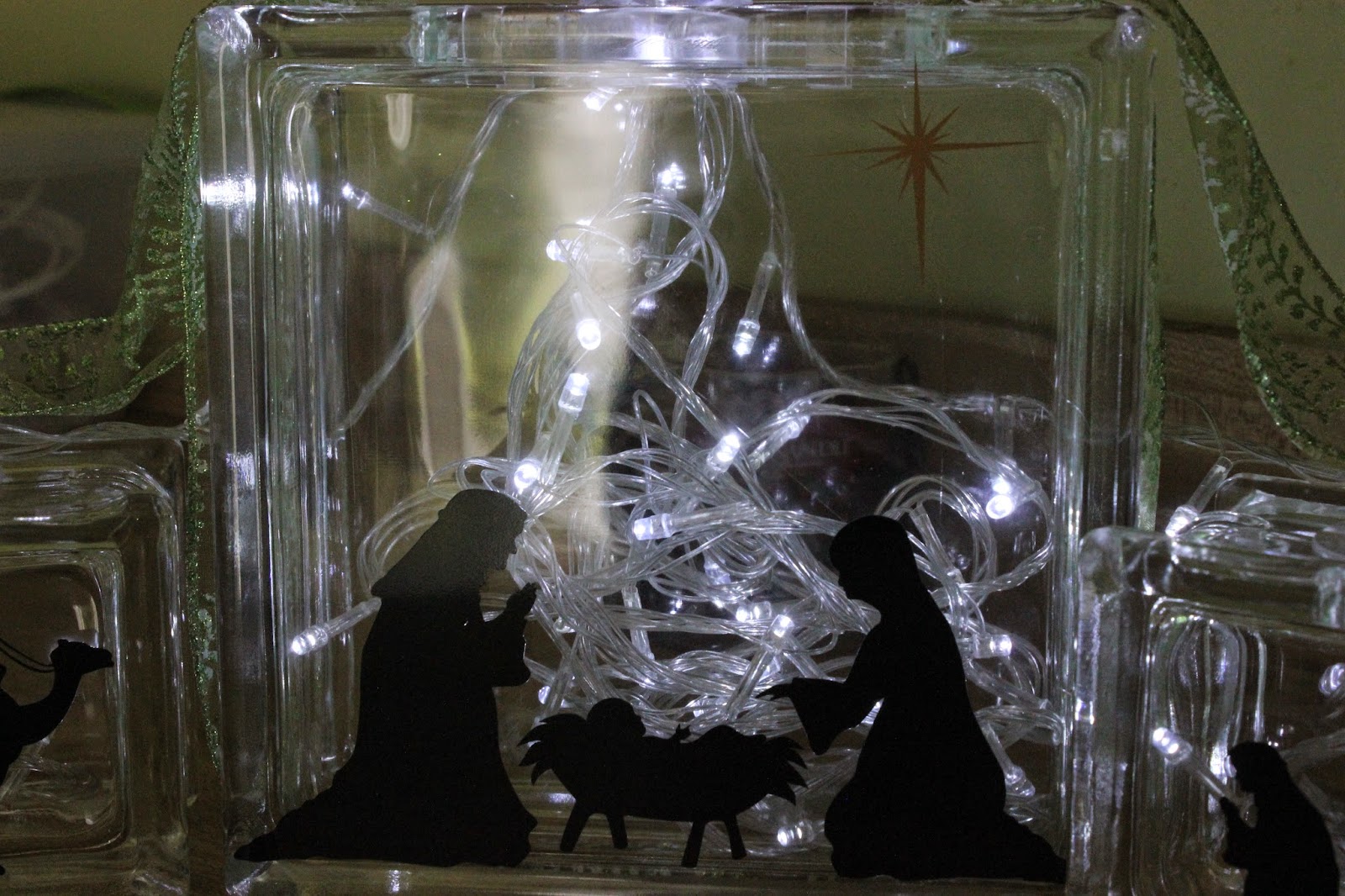 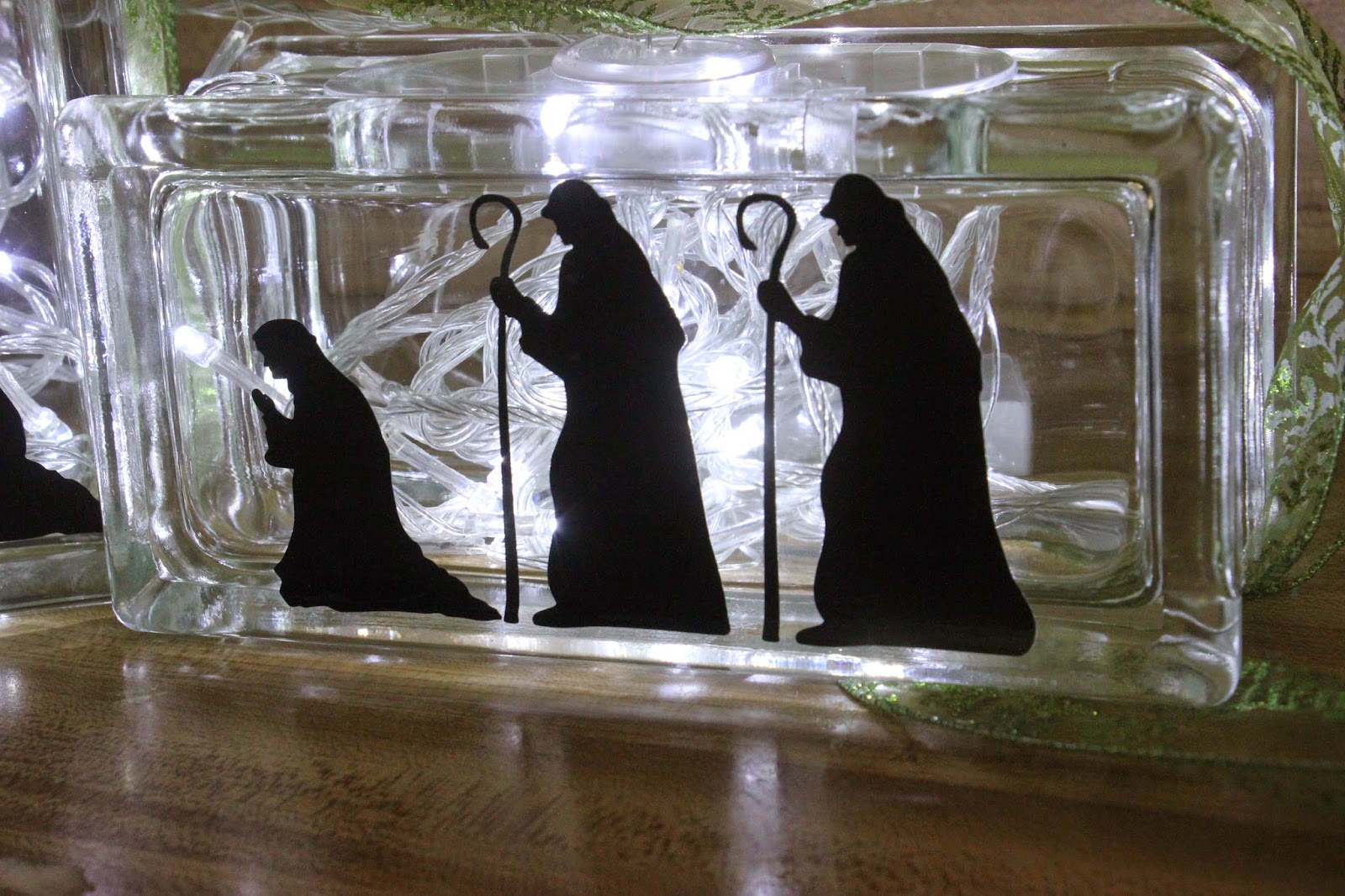 Like I said above, this really was a simple project.  I ordered the vinyl from MWC Vinyl Lettering on Etsy and was very pleased.  She included a full sheet of instructions on how to make the project look like the one she shared on her Etsy page.  All I had to do was add the vinyl figures to the glass blocks.  Now, if you look close you will notice that the blocks in the first picture are not the same as the final product!  When I ordered the blocks originally, I order two small squares instead of two rectangles!  I finally picked up the right blocks at Hobby Lobby just a week ago.  I also ended up ordering some white LED "wedding" lights to use instead of traditional Christmas lights.  The lights come with a switch on the strand instead of just a blog.  The only thing I haven't done is to put a frosted glaze on the blocks only because I haven't found a . . .well, frosted glaze yet.  That will help cover up the intensity of the lights.

I'm really excited about this project because I've always wanted a nativity set but didn't want all of the little pieces.  This is the perfect solution.  I look forward to displaying it in just 8 short months HA!