As you know, we lost our cat of 19 years back at the end of April.  At that time, I knew I would want another cat but I just wasn't sure when.  Darryl and I talked about it and decided what kind of cat we wanted and we would just wait until the right one came along.

At the beginning of June, a former co-worker posted that she needed to find a new home for her cat because her dog was using it as a play toy.  When I said I was possibly interested, he was already "taken".  Then, she contacted me about a week later and said that Harley was still in need of a good home if I was still interested.  Now, Darryl and I had decided on a few musts for a new cat - we wanted a male because they are much more laid back and tend to love hanging with kids a lot more, he needed to be neutered, and declawed.  Well, Harley is a male, about 4 years old who loves kids and he is neutered and declawed.  Not to mention that he is the dark grey/dark brown tiger stripe we both like.  Add to that, he was free.  Yes. free.  Part of what was keeping us back from finding a kitten was the cost and God took care of that part too . I asked a lot of questions and set a date for Harley to come to our home.

Harley has quickly become a great part of our family.  It took him about a week to a week an a half before he would come upstairs due to China.  Finally, one day, I just hauled him upstairs and sat with him on the couch.  Now that he saw what he was missing, he started to make his way upstairs a lot more.  Harley is a people cat - he loves to be around people and rubs all over anyone that comes close to him.  He is a beast weighing in at about 14 pounds (Compared to Misty who was barely 6 pounds - Harley is a beast!).  One thing we are trying to change is the simple fact that Harley is nocturnal HA!  He sleeps all day and keeps us awake stays awake all night. We really have already fallen in love with this cat - he is so much fun.  He loves to play and be petted.  He and China are still trying to figure out who is boss but we have seen huge improvements over the past few weeks so I have no doubt that in a few more weeks, Harley will be ruling the house HA! 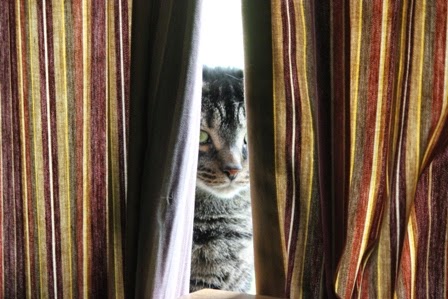 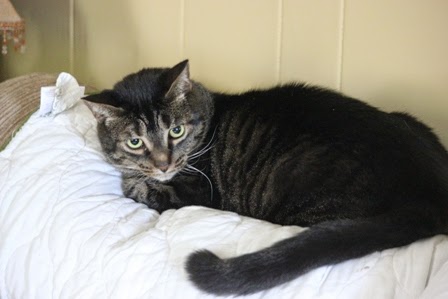 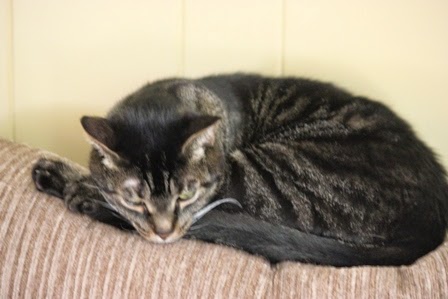 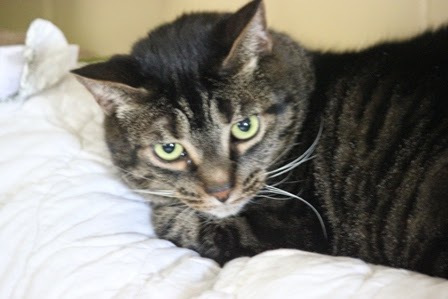 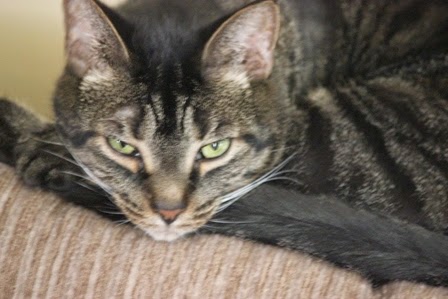 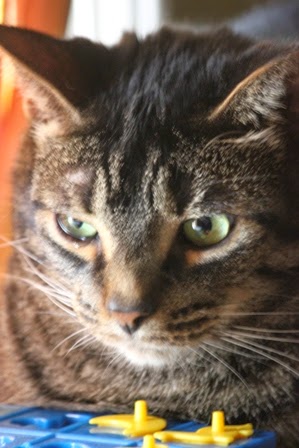 Welcome Harley!!
Posted by Jackie Koll at 7:00 AM No comments:

Email ThisBlogThis!Share to TwitterShare to FacebookShare to Pinterest
Labels: Animals 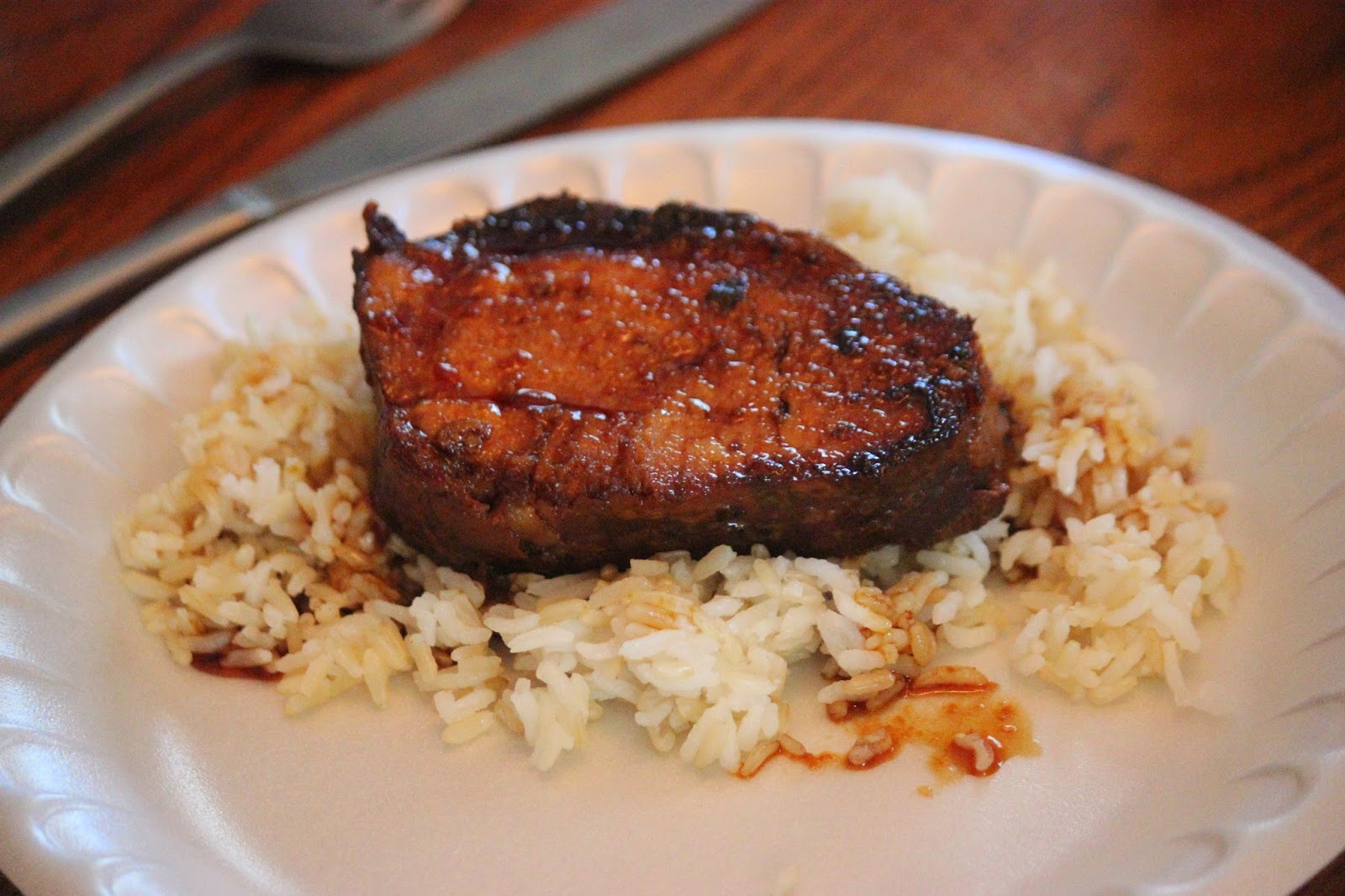 So, this is an awesome recipe but I have a few things I changed.  One, I used pork instead of chicken, two, I did not put ginger in the recipe (we are not ginger fans) and three, I did not have any cornstarch on hand so the sauce was thin.  BUT the flavor, wow, it is good.  I put a pork loin in the crock and then after about 6 hours, I pulled it out and cut it into "chops", laying the chops down in the sauce - perfection!  The pork was fork tender and the sauce was the right combination of salty and sweet.  I can't wait to make it again!