Last week was a little different due to my husband being home due to a back injury and then I was heading out of town on Thursday. 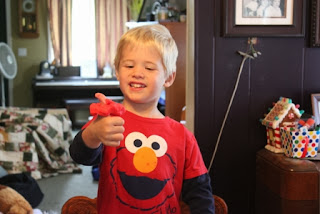 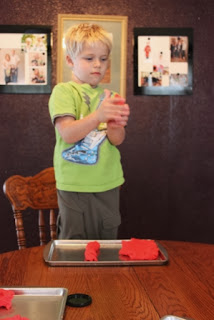 The boys have been asking to play with play dough lately, which I don't mind at all, but it seems like they ask just before dinner or just before bathtime so there really isn't time to get it out.  After spending most of the day in the ER with my husband on Sunday, I really didn't feel like "teaching" on Monday so we got out the play dough and practiced making the letters the two little boys have learned so far.  Once they had made letters then we got the rest of the play dough stuff out and they played the rest of the morning. 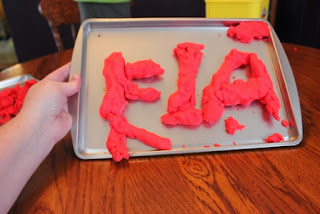 Nate's letters - I think he did pretty good :-) My letters - Josh actually made both the upper and lower case letters but I didn't get any photos of his finished product. 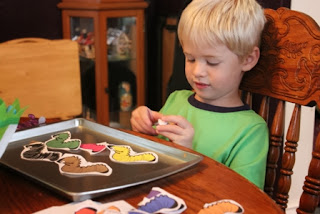 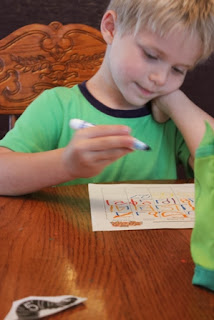 Josh working on his calendar. 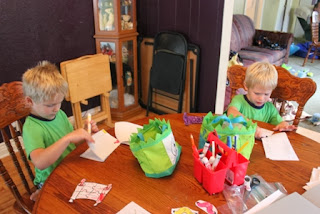 The boys working on some graphing.

The boys were really not into school on Tuesday and asked to quit early.  I didn't fight it - that is one of the joys of homeschooling :-)

We took Wednesday off because I had so much to do to get ready to leave on Thursday.  I made three different trips out during the day in order to tie the trips into naps since my husband is confined to a chair most of the time.   Thursday was already a planned day off - Darryl had a doctor's appointment in the morning and then I left after lunch.

So, where did I go?  I went on a long-planned scrapbook weekend with friends.  It was fully paid for and, to back out, would have cost me what I paid so we decided that it actually cost less to go - since the amount of "spending" money was much less then what I had already paid.  It was so much fun to go away with some friends AND to get a ton of scrapbooking done. Now I'm back to getting creative with a way to keep my stuff a little more handy so I can do some pages each week.  I have a few ideas. . .. my dining room is the size of the Grand Canyon afterall, isn't it? LOL

So, here we are at Monday of a new week.  I think we are taking this week off - it is supposed to be next week - but I'm kinda buried and behind right now.  To start with the boys have a dentist appointment this morning so we wouldn't even do school.  I still need to unload and unpack plus I have some organizing to do.  Added to that the boys and I all have colds (as do the kids I babysit for - they aren't even here today they are so sick).  I do have a few fun ideas to do so we will do those, review the letters, numbers and sighwords we've learned so far and even do some review worksheets.  I also have birthday and halloween things I need to get a grasp on so that I'm not scrambling at the last minute.  Taking this week to do all of that will be a big blessing :-)

So, three cheers for a "week off"!
Posted by Jackie Koll at 8:21 AM No comments: