Between our birthday getaway and then the boys going to their grandparents for a few days, we had to squeeze in extra school this past week in order to try not to get any further behind.  I pulled out my yearly lesson plans just to see where we are in relation to where I would like us to be and we are about 6 days behind.  That's not too bad and I think that over the course of the this week and next week, we can actually be "caught up" again.

My favorite moment last week was sitting down with Nate with his new preschool work and hearing him say, "Mom I LOVE school!".  He also loves to say that he is a preschooler now.  He enjoys his work for the most part and I find that with the shorter worksheets and less work over all that he and I can focus on the simple lessons to move him forward.  Josh has proud moments as he says, "I remember doing that last year" as he realizes that he really is older than Nate.

One of the things I did this past week while the boys were gone was to re-organize our school things, the playroom and the boys room so I was able to move some things out of the dining room.  I was also able to incorporate the concept of "Workboxes". 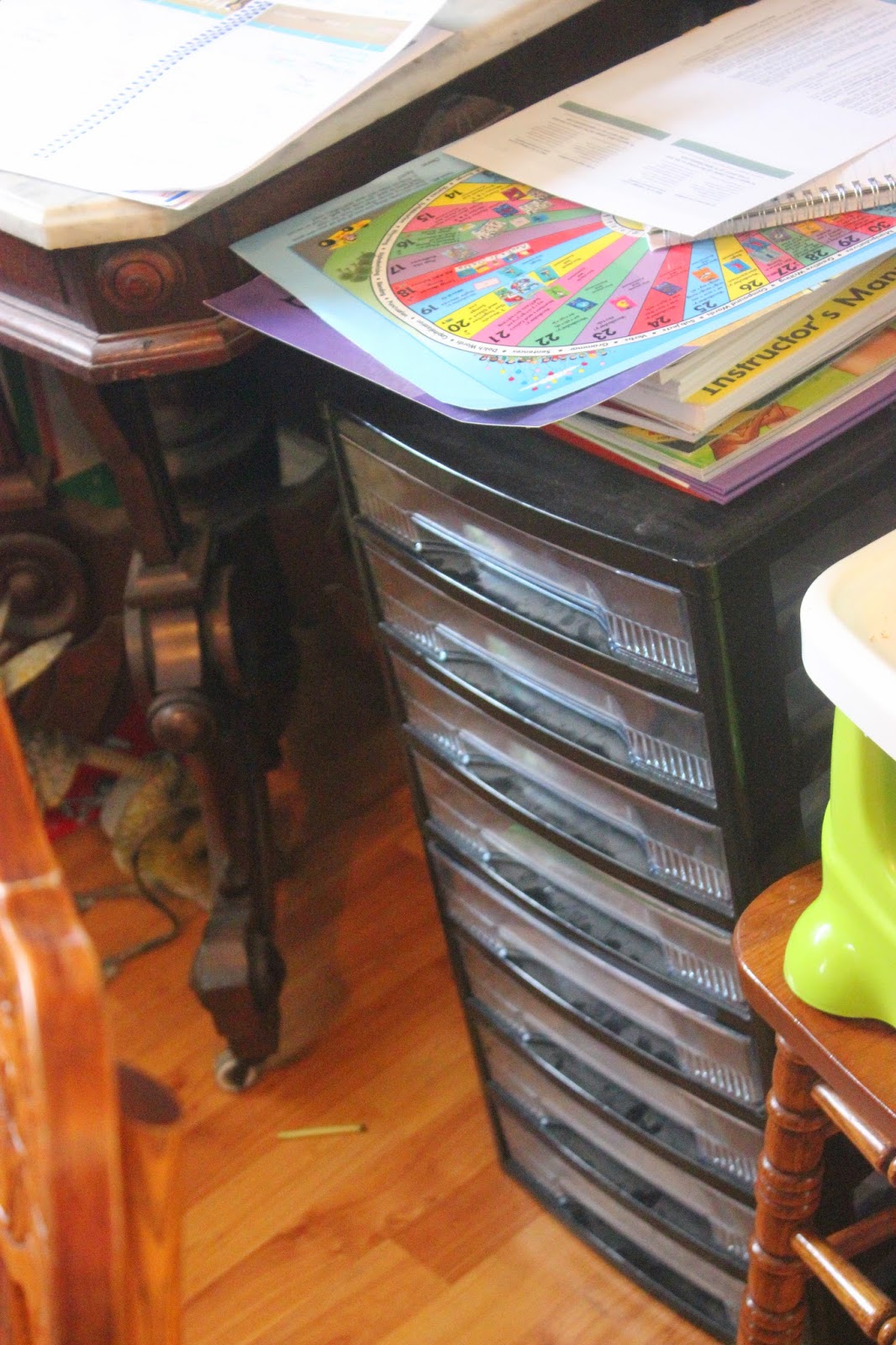 This is a drawer system that my mom gave me when she cleaned stuff out.  It did house scrapbooking stuff but I reorganized/cleaned out my stuff so that I could use this for school.  Each of the boys have 4 drawers to correspond with our 4 days of school each week .  I take time on the weekend to pull out all of the worksheets/books ect that the boys need and put them into each drawer.  This is especially helpful for Josh who likes to work on his stuff throughout the day.  He is able to go right to the drawer for the day and pull out his "seat work".  I still need to label the drawers which should get done this week! 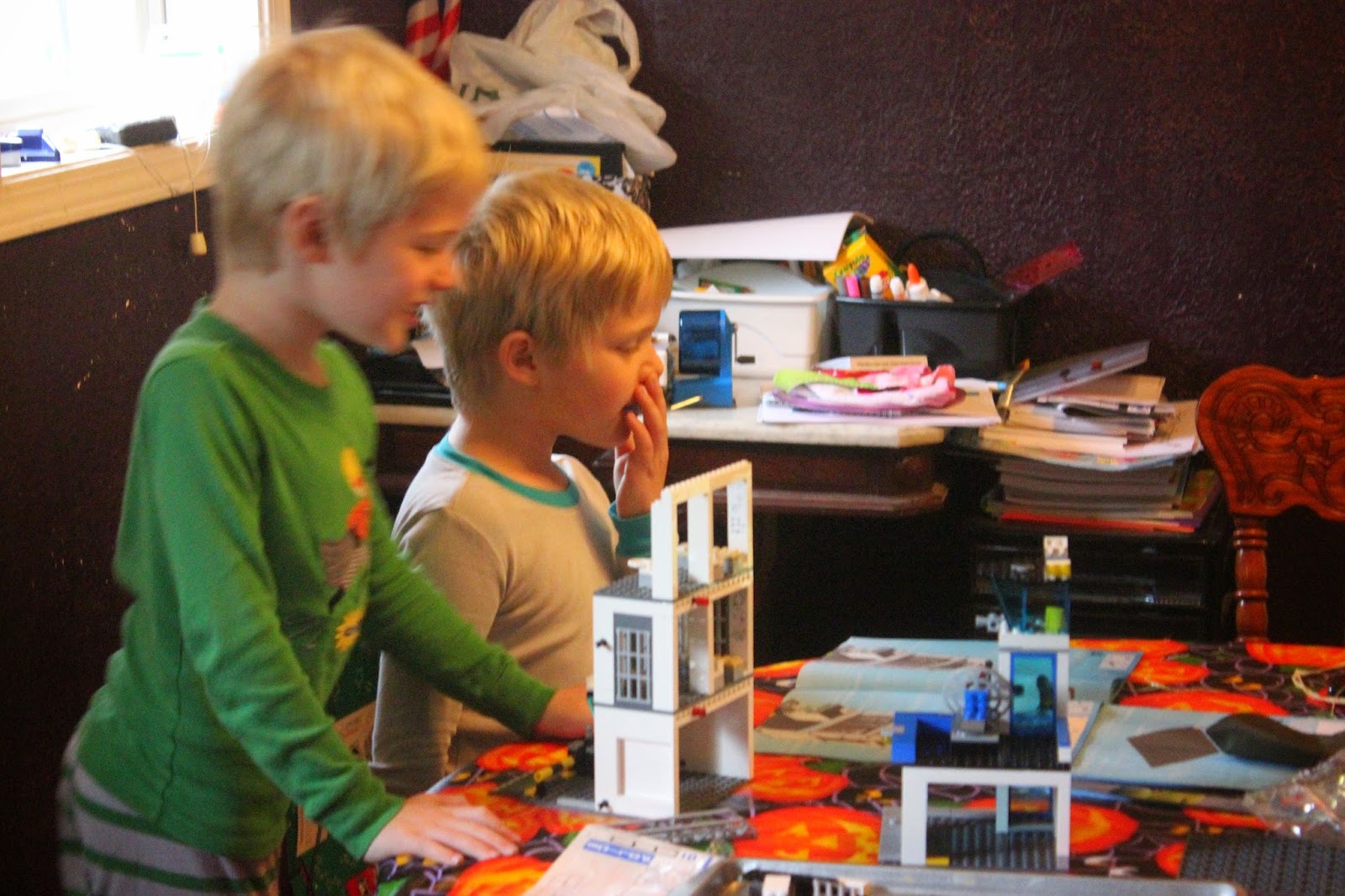 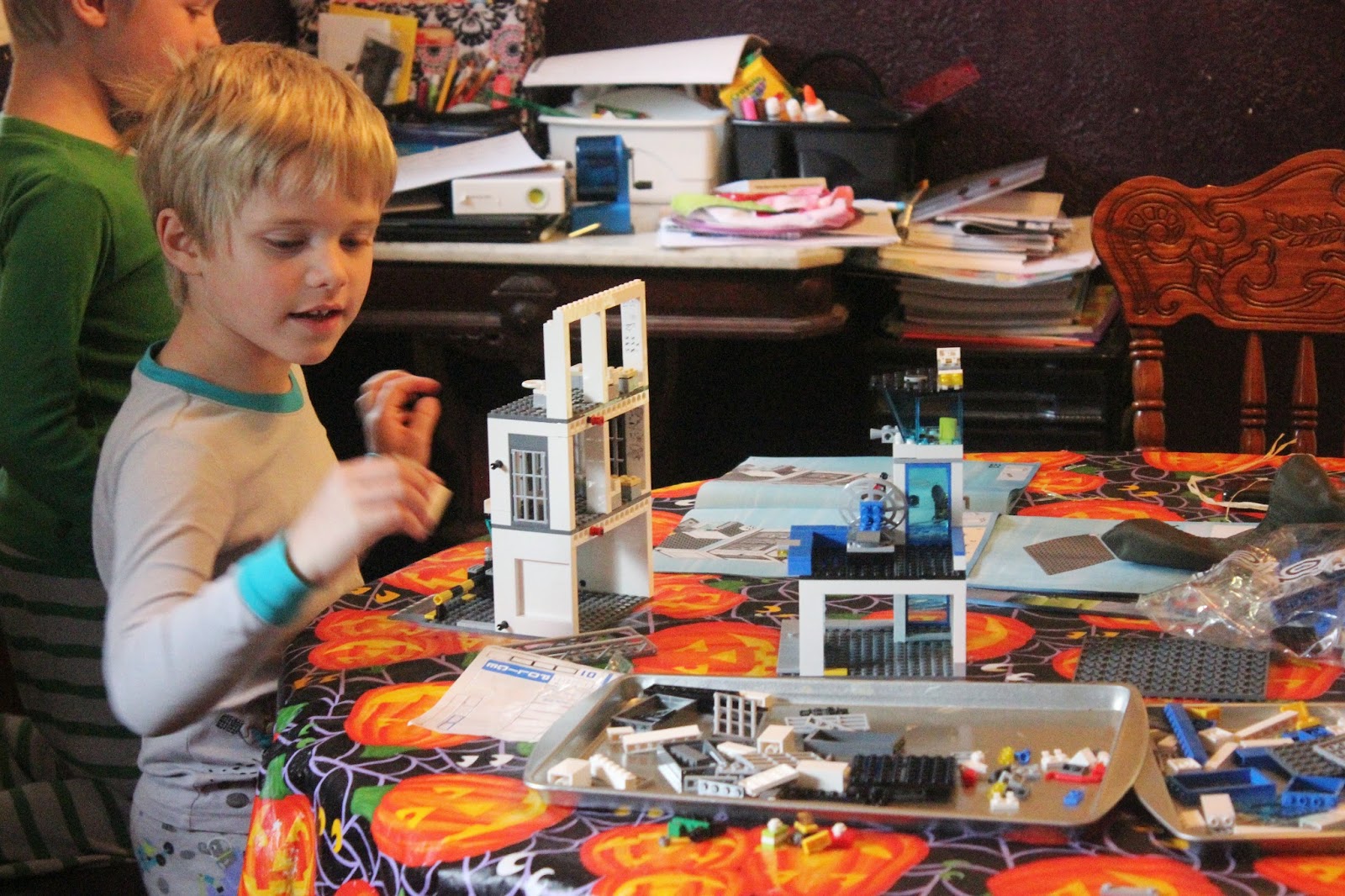 There are so many ways to learn which is one of the benefits of homeschooling.  Josh, with Natae's help sometimes, put together his birthday present which was a police city Lego Set.  He worked all day on the project, found misplaced pieces, and solved problems along the way until he had built the whole thing.  Yes, he was extremely proud. 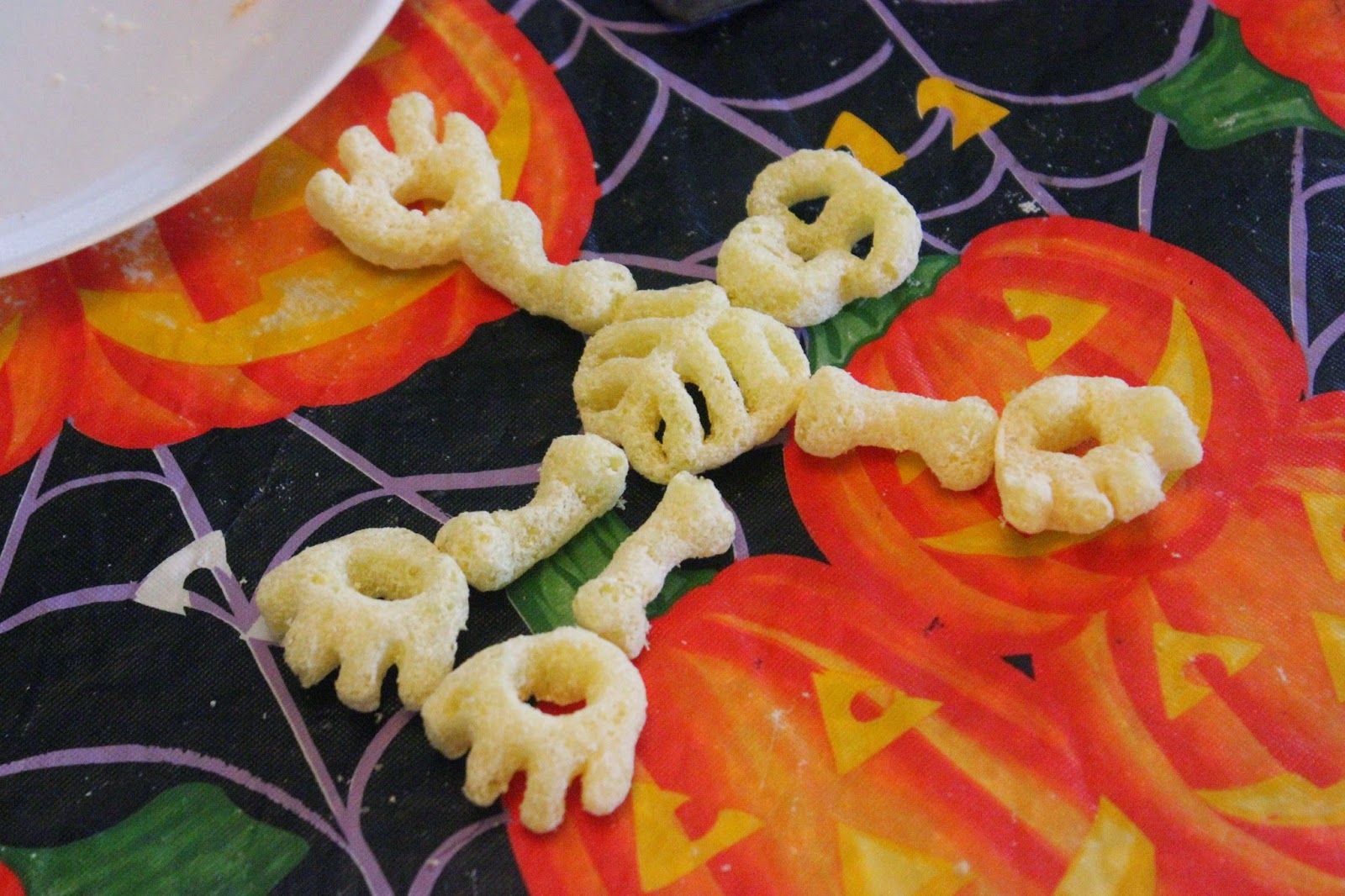 And, for fun, we used the Halloween Cheeto's to put together skeletons.  Nate found the "butt bones (the ribcage) and the "brain bones" hahahaha