Thanksgiving was perfect.  Family, Fun, Fellowship, and Food. Who could ask for anything more?  Well, we would have loved to have my sister-in-law with us but she woke up with the stomach flu so, then I guess we really didn't want her here :-/   In her words, "This is the worst Thanksgiving ever!".

Here is our day in photos (and some comments ;-) ) 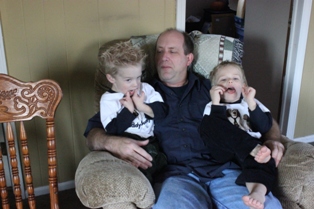 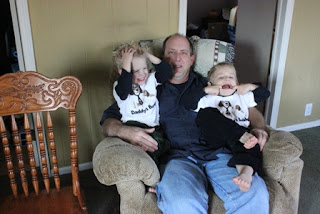 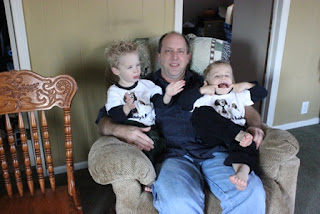 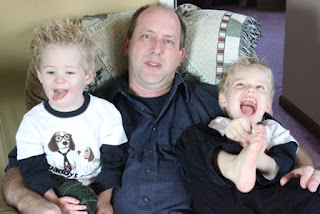 I was really trying to get a "good" photo of the boys and Darryl and it turned into a funny face making competition.  At least we tried ;-) 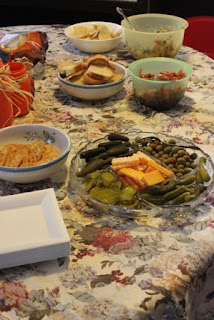 Snacks to hold us over until dinner.  Southwestern Salad Dip, Brushetta, and a relish tray with some cheese and crackers. 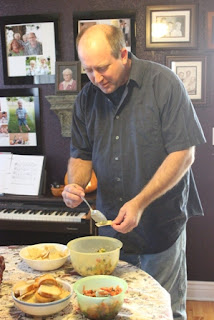 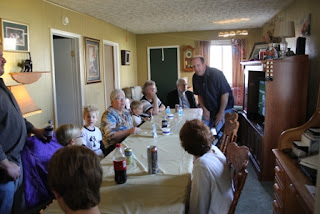 The set-up!  So, here's the deal, we have a long living room and, after trying to figure out how to seat everyone I came up with an idea that actually worked.  I tore apart the classroom on Wednesday so that we could use my banquet tables.  We moved the recliners out of the way and set the tables up down the length of the living room.  This allowed us all to sit together which was great.  After we prayed, I actually dismissed the table so that everyone at the far end got food first so that we didn't really have to crawl over people to get to our spots.  It really did work out perfectly.  Once dinner was done, the guys tore it all back down.  For the record, I also chose to use paper products to eat on.  I think once you get past about 8 people, it only makes sense otherwise there are just so many dishes to deal with it isn't fun anymore :-) 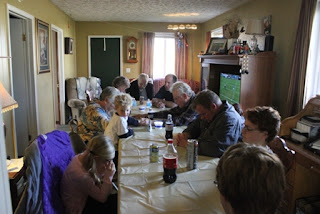 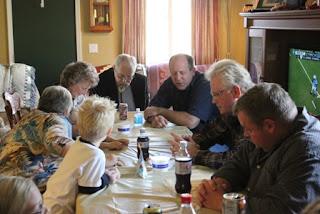 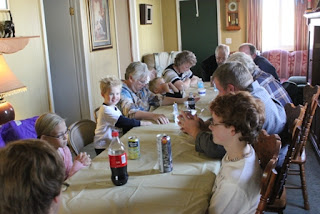 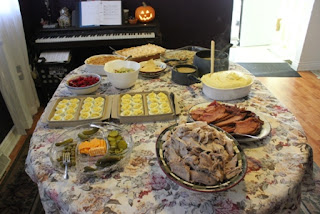 Dinner!  Turkey, Ham, Mashed Potatoes, Gravy, Stuffing, Sweet Potatoes, Corn and Green Bean Casserole, Sauteed Cabbage and Bacon, Cranberry Sauce and Deviled Eggs.  It was so good and I'm so thankful for everyone that did most of the cooking :-)  I just did the meats, stuffing and cabbage so I had it easy!  My mother-in-law made 4 fabulous pies for dessert and my sister-in-law made a fantastic Cheesecake! 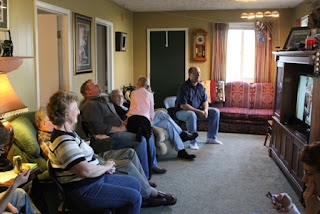 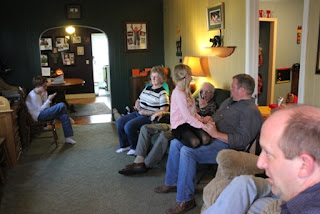 Watching the game.  We love watching the Detroit Lions Play and this years game was actually a great game despite the fact that they lost. 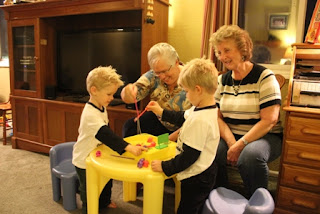 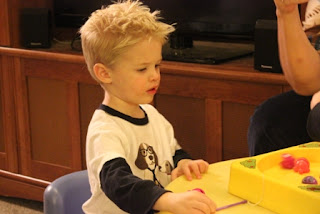 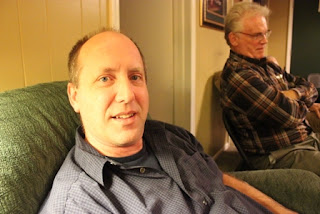 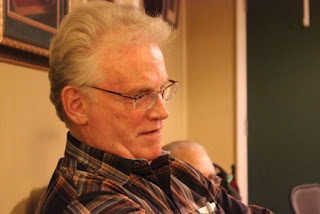 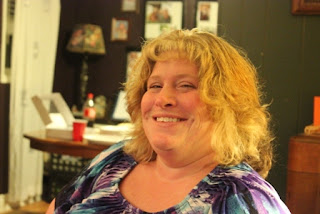 My dad stole my camera and took this photo.  Figured I would share 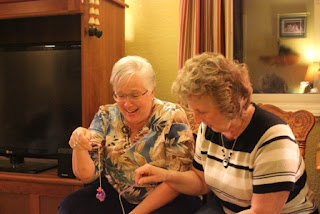 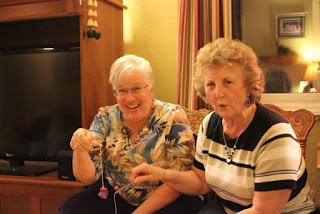 Ok, this is my mom and my mother-in-law.  The boys convinced them to play a game but eventually, the boys quit playing and these two keep going.  My mom finally won and my mother-in-law was mad :-) hehehe  Yep, they really do get along and it is great!
Posted by Jackie Koll at 8:00 AM No comments: