I'm trying to catch up on some events that took place over the past few months.  One of these days, I want to print my blog by the year so these posts are a great way to keep a timeline!

As you all know, my husband had back surgery on June 25th so here are a few photos. 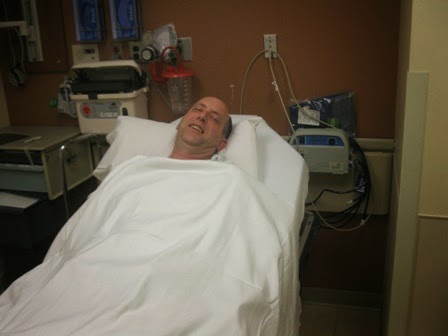 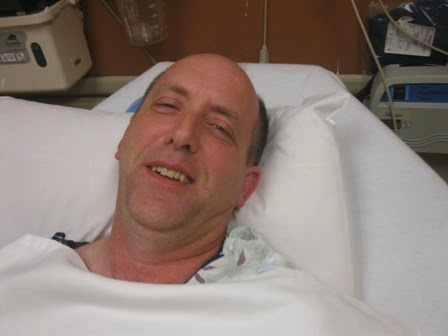 This was the big "D" before surgery.  He was all wrapped in warm blankets while we waiting for the surgeon.  The day was long, that's for sure.  He was scheduled for surgery at 8:30 and they took him back at about 8:45.  We were told it would take about about 2 hours but, at about the 1 1/2 hour mark the nurse came out to tell me all was going well.  I waited and waited and then at the 3 1/2 hour mark, the nurse came out again and said it was taking a lot longer than expected but all was going fine.  Finally, about 45 minutes later they told me he was in recovery and it would be about an hour.  Well, two hours later, the nurse came out and said he was out cold thanks to pain meds so until he woke up I could "relax" in the waiting room.  Well, to keep an even longer story short, I did get back to see him and was told he would be sent to a room within the hour . . .ready, TWO hours later we were still waiting for a room!!!  He was finally taken to his room at about 6:30 that evening.  Considering the fact that we expected to be in a room by noon that day, well that was just crazy.  Once Darryl was settled in, I went to our favorite Mexican place and picked up some dinner so it made the long day a little better! 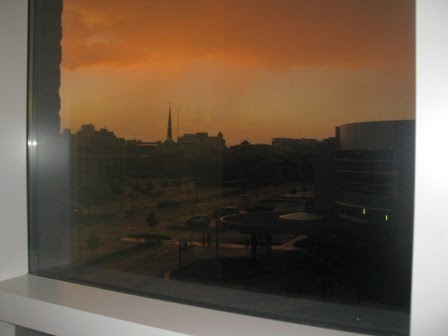 We had a beautiful view out the window of his room - there were storms rolling in - it was pretty cool to watch. 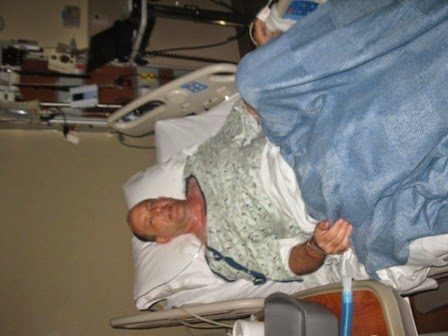 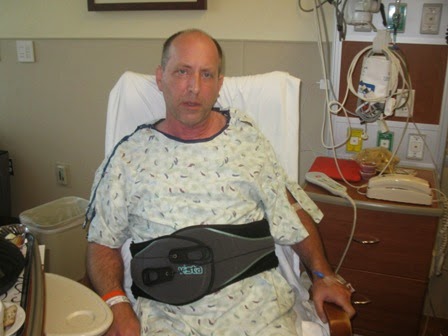 We finally got him sitting up for a bit but he was pretty sick for a few days and in some severe pain which caused our hospital stay to be longer than planned - the doctor had hoped to get us out on Friday but we stayed until Sunday as it took that long to get his pain under control.