Christmas Eve was a little crazy.  When we went to bed the night before we were still up in the air about going to my parents house due to fevers and sickness.  When the boys got up Christmas Eve, everyone seemed to be ok . . .so I made a decision that we go.  The boys were excited about going, I was excited about going so, I put it in overdrive.  I had food to make, bags to pack, the truck to pack, the dog to load up not to mention we still had to stop at the store and pick up the gifts we had planned to shop for on Monday but couldn't due to illness and pick up a few other things.  My goal was to leave the house by about 12:30 and we got out pretty close to that time and spent a good hour in the store.  By the time we were in checkout Nate was in tears due to saying his ears hurt and Josh was feeling very warm but, at this point we were "all in" so we hit the road.  Both boys were sound asleep by the time we hit the expressway which gave me a very quiet, relaxing ride which was very nice :-)  When we arrived at my parents, both boys walked in the house and curled up in chairs - so unlike them.  Nate fell asleep on the couch and didn't move for hours.  Darryl arrived a little later and I went to (attempt) to attend the Christmas Eve Service at my parents church but an intense round of coughing sent me to the foyer and I ended up returning to their house instead.  When I got there, Nate was lethargic and was running a fever of over 103 so we made a call to the doctor to see if we needed to take him to the ER - at that point, the Doc felt that if we could get his fever down, we could wait a few days to get him in to see his regular doctor.  So, here are a few pictures from our crazy night once Nate's fever was done. 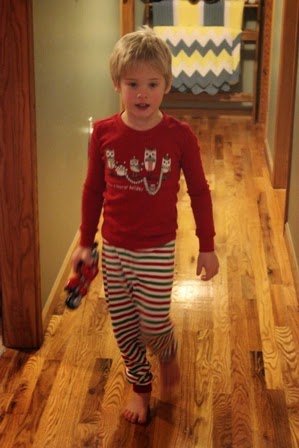 The boys opened their Christmas Eve gifts with little fan fair and not a single photo.  They got their new Christmas PJ's, slippers (which have to be returned since they don't fit) and an awesome spiderman motorcycle.  You can see in Nate's face how he doesn't feel good even though he is trying to hard to have fun! 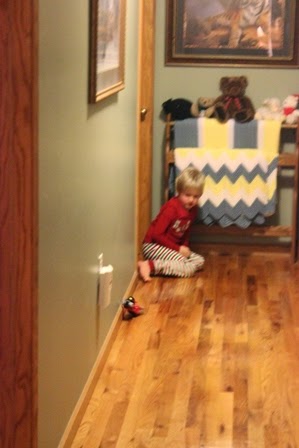 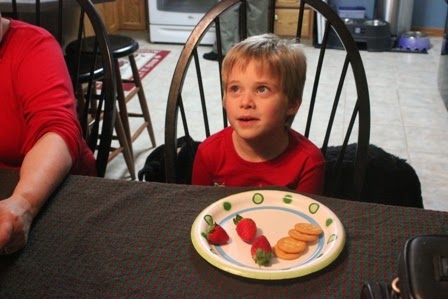 At this moment, Josh seemed to be doing ok but this was just the beginning of the downward spiral.  Our tradition on Christmas Eve is to eat snacks after attending church.  Yum! 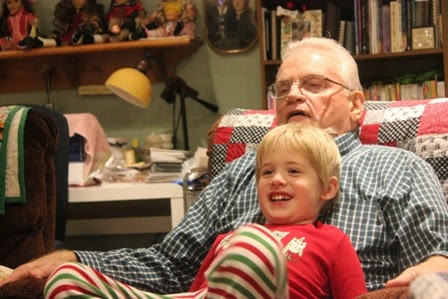 Nate (this was after opening his Birthday gifts so he was happy!) with Papa - one of his all time favorite people ever. 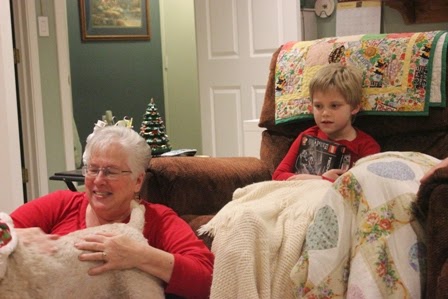 Josh took over Nana's chair and said he was freezing . . . .notice his face?  Yep, his fever was creeping up fast. 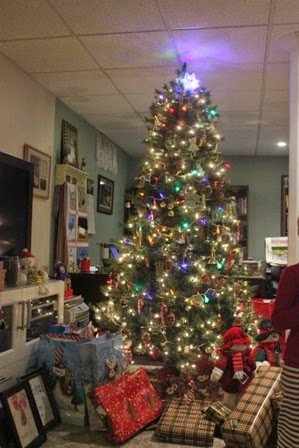 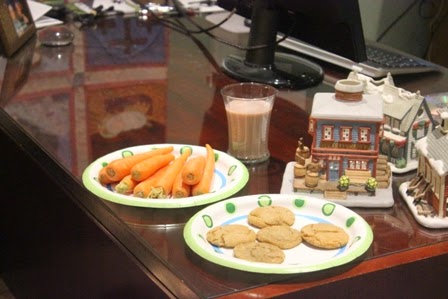 Cookies, Carrots, and Chocolate Milk for Santa and his reindeer.  The boys asked me to get this ready for them since they couldn't do it. 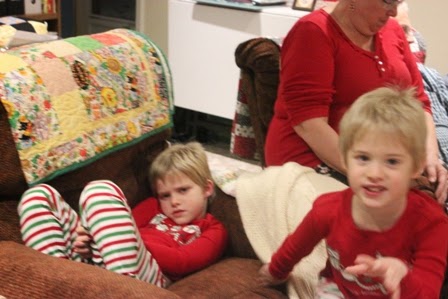 My poor sick boys - this is the only photo I got of them together this Christmas Eve. 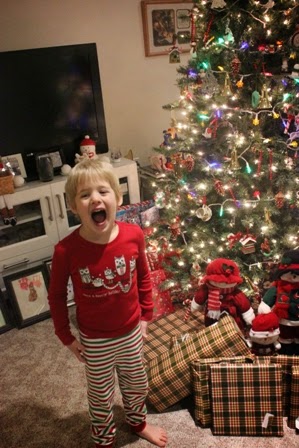 Nate was willing to stand in front of the tree for our annual picture but Josh just wasn't up to it so I also didn't get our traditional "facing the tree photo" either.  Oh well - some times, you just have to let go and be thankful for little things like we did NOT spend Christmas Eve in the ER, right? :-)