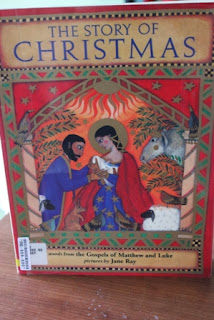 Several years ago, a blog I followed prepared a set of drawing pages to go along with this book.  We may only do 1or 2 pages this year but I think it is a good introduction for the boys into this type of craft. 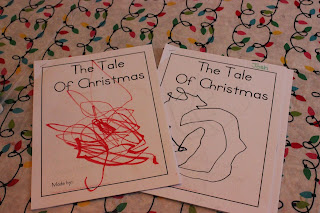 I knew going into this project that the boys would not draw much ;-)  I just wanted to use this to introduce the concept of drawing pictures for a story . We WILL do this again next year.  This book tells the Bible Story almost word for word from the Bible which is such a great thing. 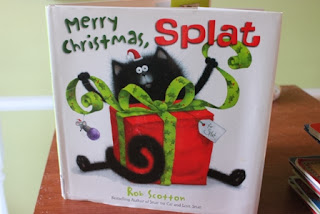 Today we started working on some Christmas presents so while I worked with each of the kids individually, the others worked on putting together a cute Elf. 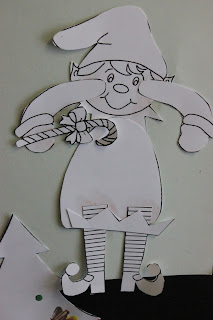 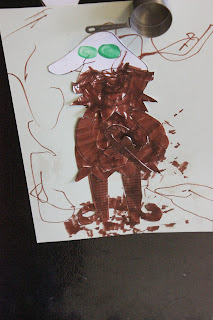 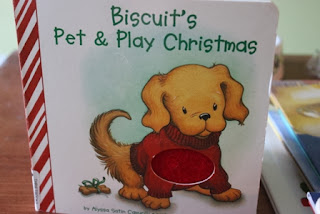 We worked on a fun beading project.  Well, I thought it would be fun . . the boys could have cared less. 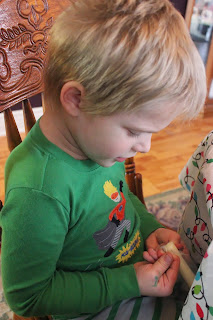 Ok, not beads - but this shows how interested he was in the project - he went and got a cheese stick HA! 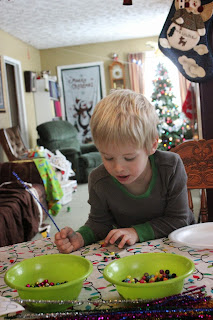 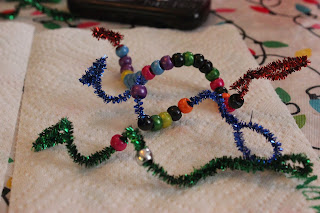 Nate's ornaments - he started with just two beads on a pipe cleaner but then made a couple more that were better. 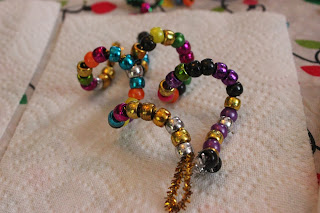 Josh Filled his pipe cleaner but really was glad to be done with this one. 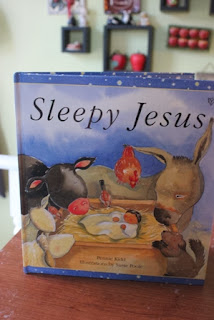 So, we skipped this book - Today was Nate's Birthday party with the Grandparents so we didn't do class. 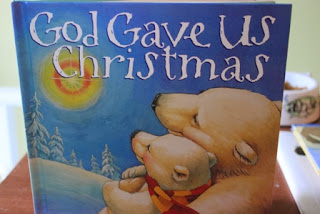 We tried a new style craft today and it did not go well.  Thankfully this book was fantastic :-) 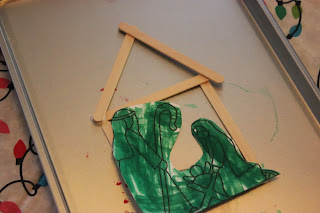 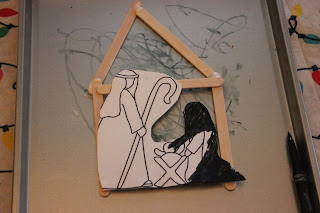 I wanted a nativity scene . . .so Popscicle sticks seemed fun . . except this is what I heard, "Mom, I'm done now" LOL  Oh well.  My boys are not crafty at this point.  They are more into Dot-to-Dots right now.

They really enjoyed the books, though, and I look forward to doing this again next year.  I do want to pick out a few new books for next year and maybe steer it even more towards stories surrounding the Manger verses Santa Claus . . .not that Santa Claus isn't fun :-)