I am really thankful that I laid out a plan at the beginning of summer.  It has given me a vision on days when we might have done nothing.  Instead, I at least know of what is going on and can plan accordingly.

Sunday - One thing I am trying to do while my mom is in town is to plan one date day a month with Darryl.  So, Sunday the 24 is date day!  (unless he works, then I'll switch it!)  So, plans changed due to the radiator!  I couldn't justify setting aside money for dinner and a movie or whatever after spending so much on a car repair so I guess our "date" was getting the van fixed!  Instead we headed to an evening church fellowship at a friends house.

Monday - Taking the kids to free summer bowling. I didn't realize when I made summer plans that the bowling alley is closed on Monday and Tuesday.  It is supposed to be rainy later this week so maybe we will go on Wednesday.  I considered going swimming but it was actually cool with the breeze so we took advantage of the near perfect weather and went to one of our favorite parks for the afternoon.  You know it's a perfect park day when the kids play for 2 hours and still don't want to leave!  The added bonus? There was a bike tour that was stopping at the park for lunch.  At they end, their cook came over and told us that he had a 1/2 a watermelon cut and ready for eating but they were done - he gave the whole thing to us and the kids gobbled it up! 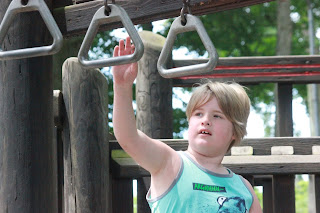 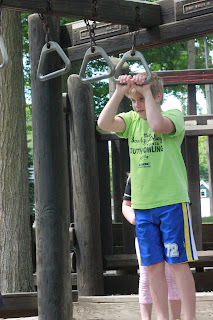 Tuesday - Swimming!!!  The boys are also participating in a Mini Running camp in the evening. Today went exactly as planned . A perfect afternoon for hours of swimming followed by Running camp. 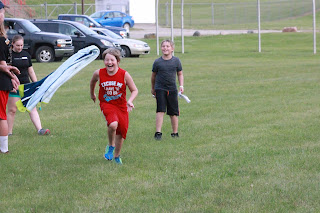 Wednesday - We are going to make a 4th of July Related craft today! The boys have Running camp again. No craft again this week :-) I really planned to do a craft a week but it just never gets done!  Today was raining for most of the day so everyone just played inside. 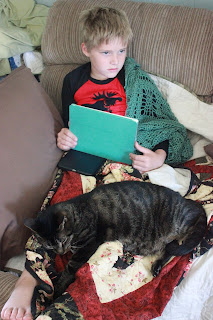 Thursday - In the morning we will attend the Library activity.  The boys have running camp at night.  Another "just as planned day".  We went to the Library, went swimming, and then running camp.  Plus Josh is camping with Nana tonight too - something he loves to do! 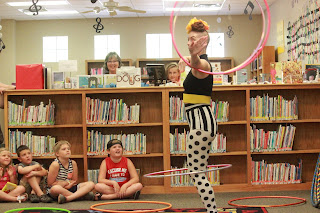 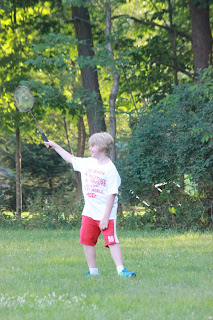 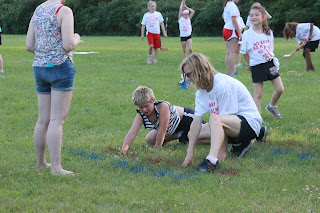 Friday - Mooville for Ice cream followed by swimming at the pool!  There is also a balloon festival in a town not far from us that I've always wanted to go to so that is an option too.  It's supposed to be hotter than the surface of the sun.  Swimming happened - ice cream did not  . . . we swam instead :-)  The boys caught some lightning bugs Friday night too.

Saturday - Our local Missionary Aviation prgram (SMAT) holds an activity day that we've never been able to attend but we are planning on it this year.  There is also the option to go to a local fair where they have some kids activities in the afternoon too. Today it was so hot that we stayed home.  I think it was actually hotter than the surface of the sun for real today (makes Friday look cool!) So we stayed inside and did nothing until dinner.  We met my mom for a dinner out and then went swimming.
Posted by Jackie Koll at 7:00 AM No comments: