One of my March goals was to plan some fun things for St. Patrick's Day.  I almost totally failed but in the end I think I pulled out a few fun things and it was just enough for the boys. 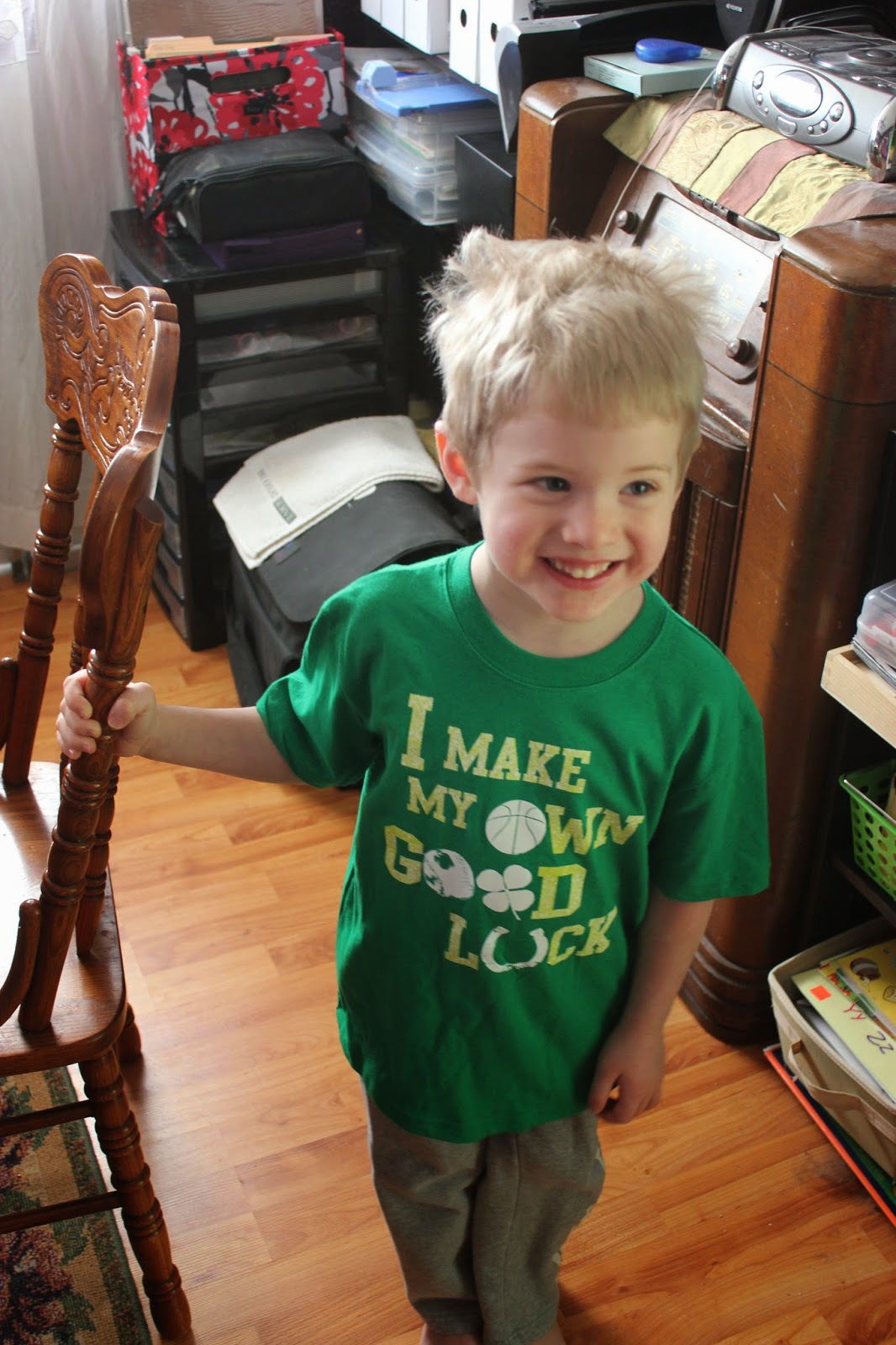 I picked up the shirts for the boys about a month ago.  They say, "I make my own good luck".  I think holiday shirts are the best!! 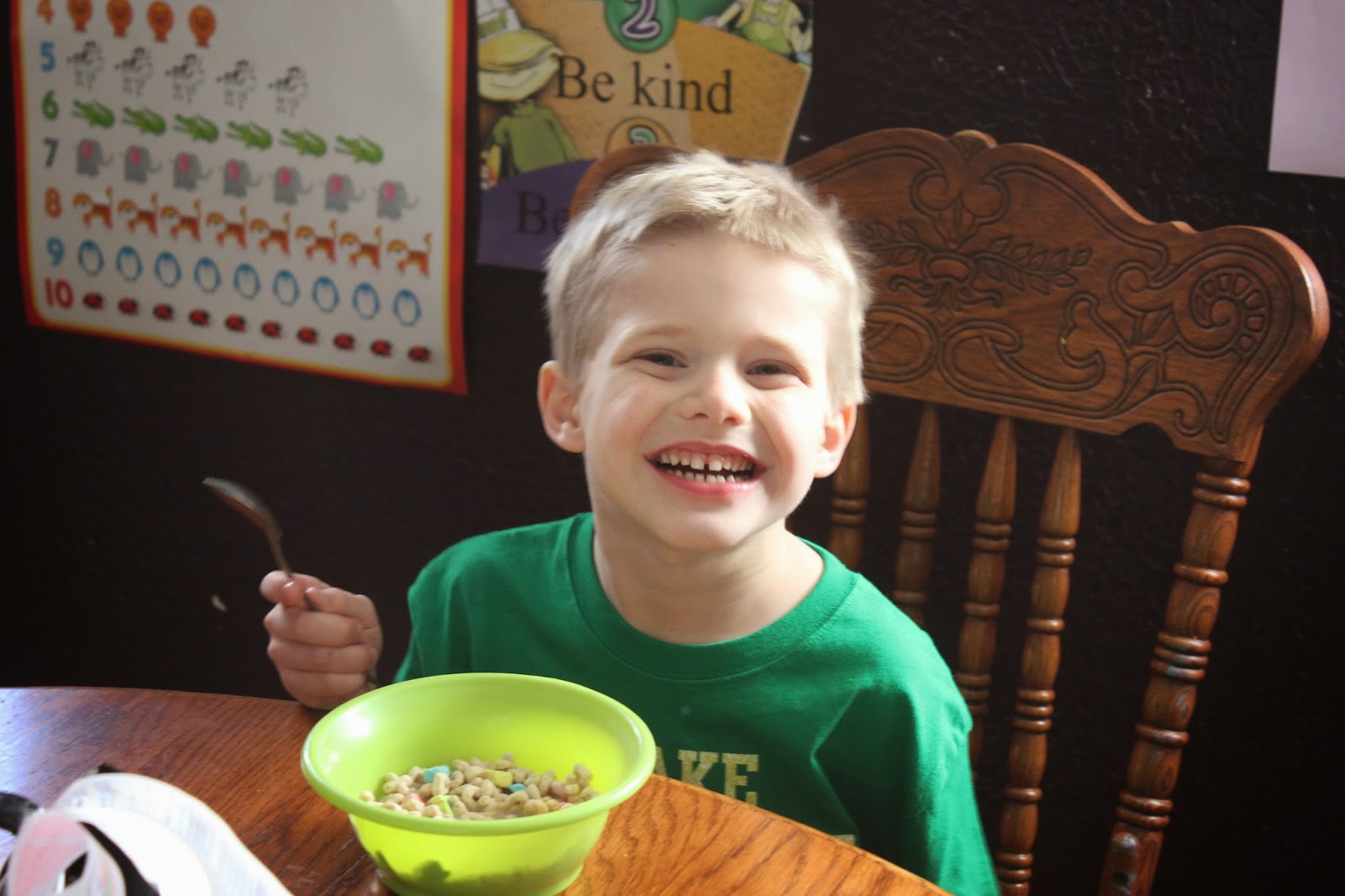 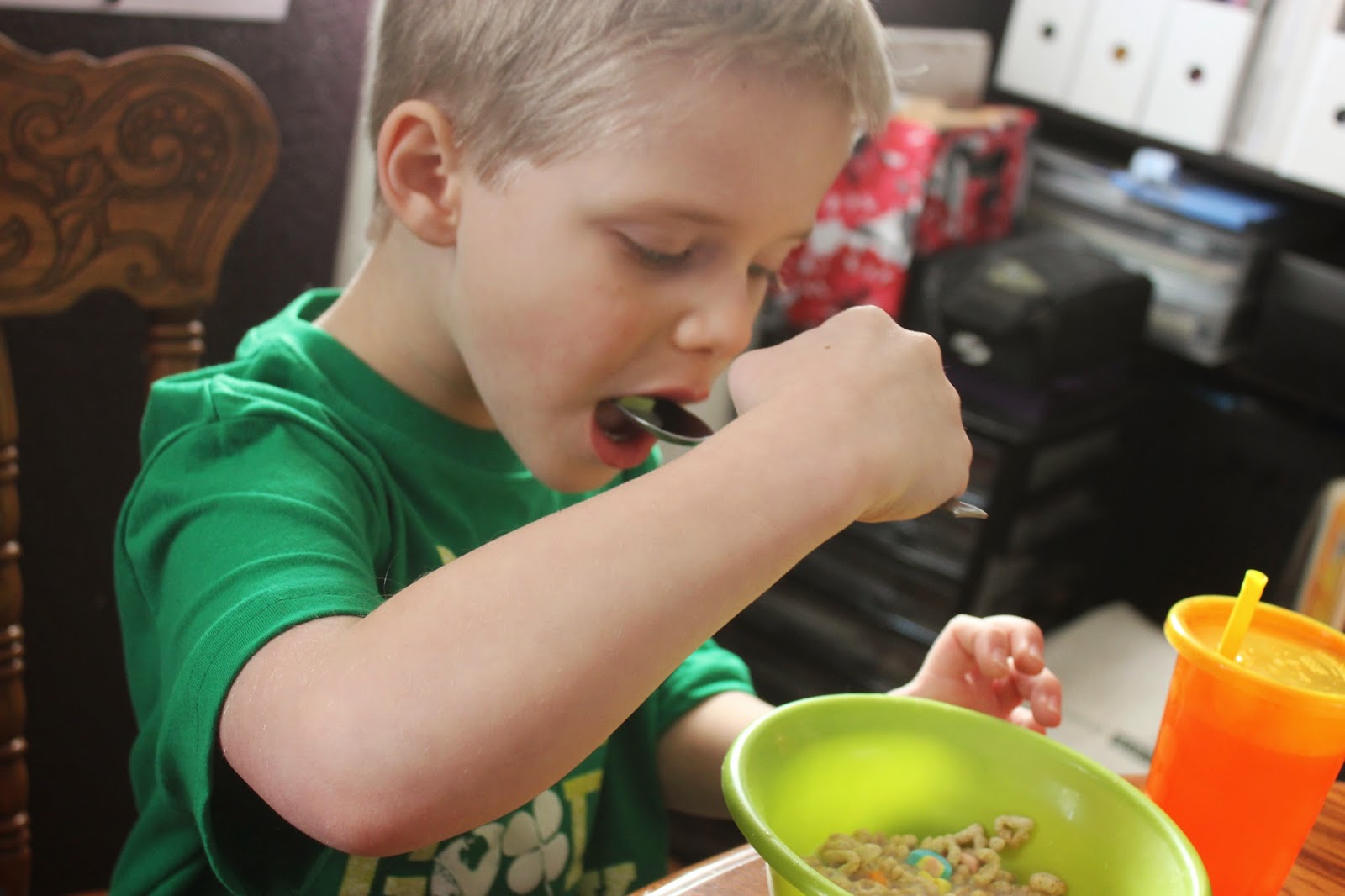 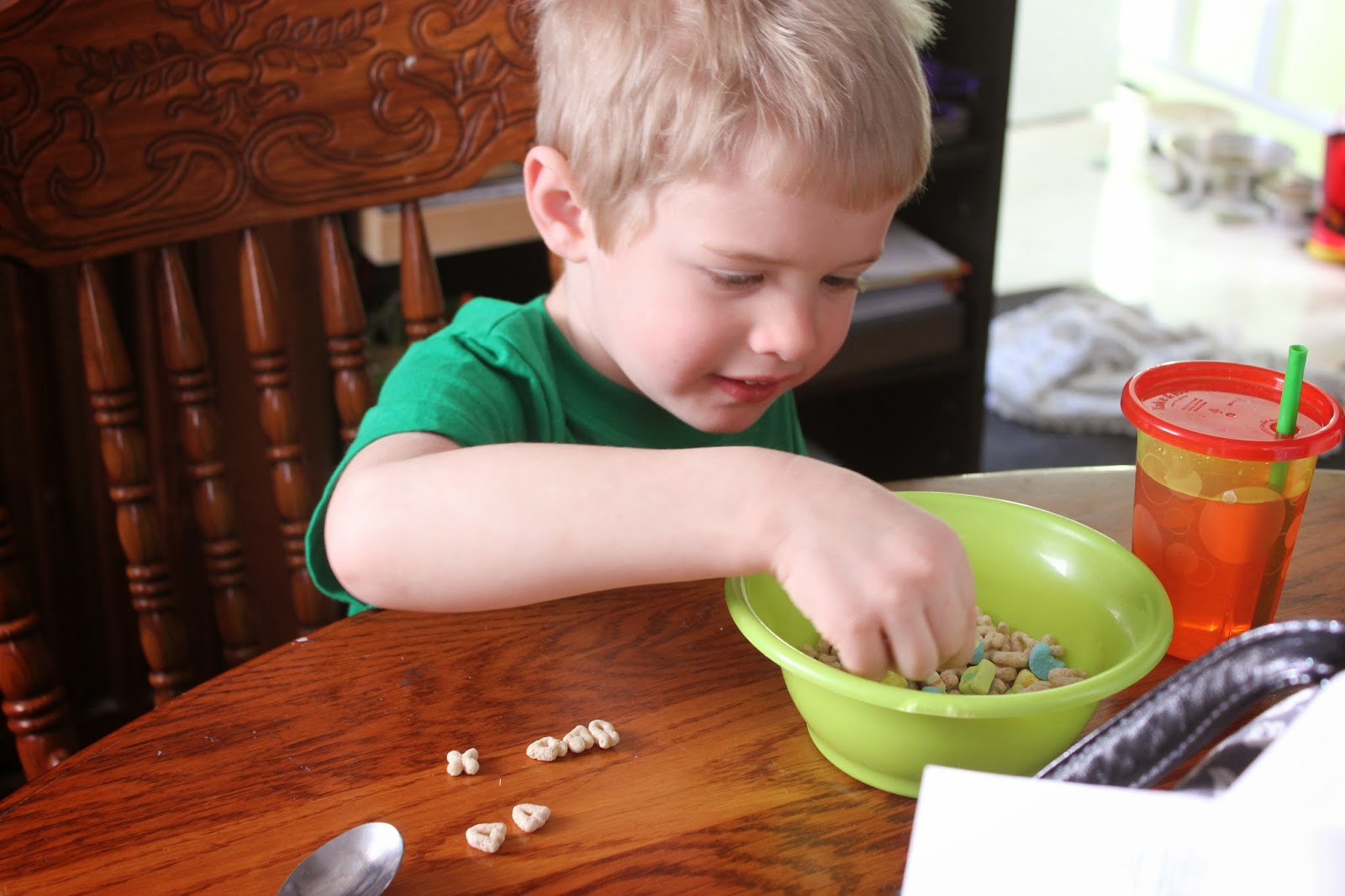 Our morning started out with breakfast.  Lucky Charms, of course!  Now, Nate does not like the Marshmallows (say it isn't so!) but he loved picking out all of the cereal shapes.  He gave his marshmallows to Josh who loves them.  Lucky Charms were a huge hit! 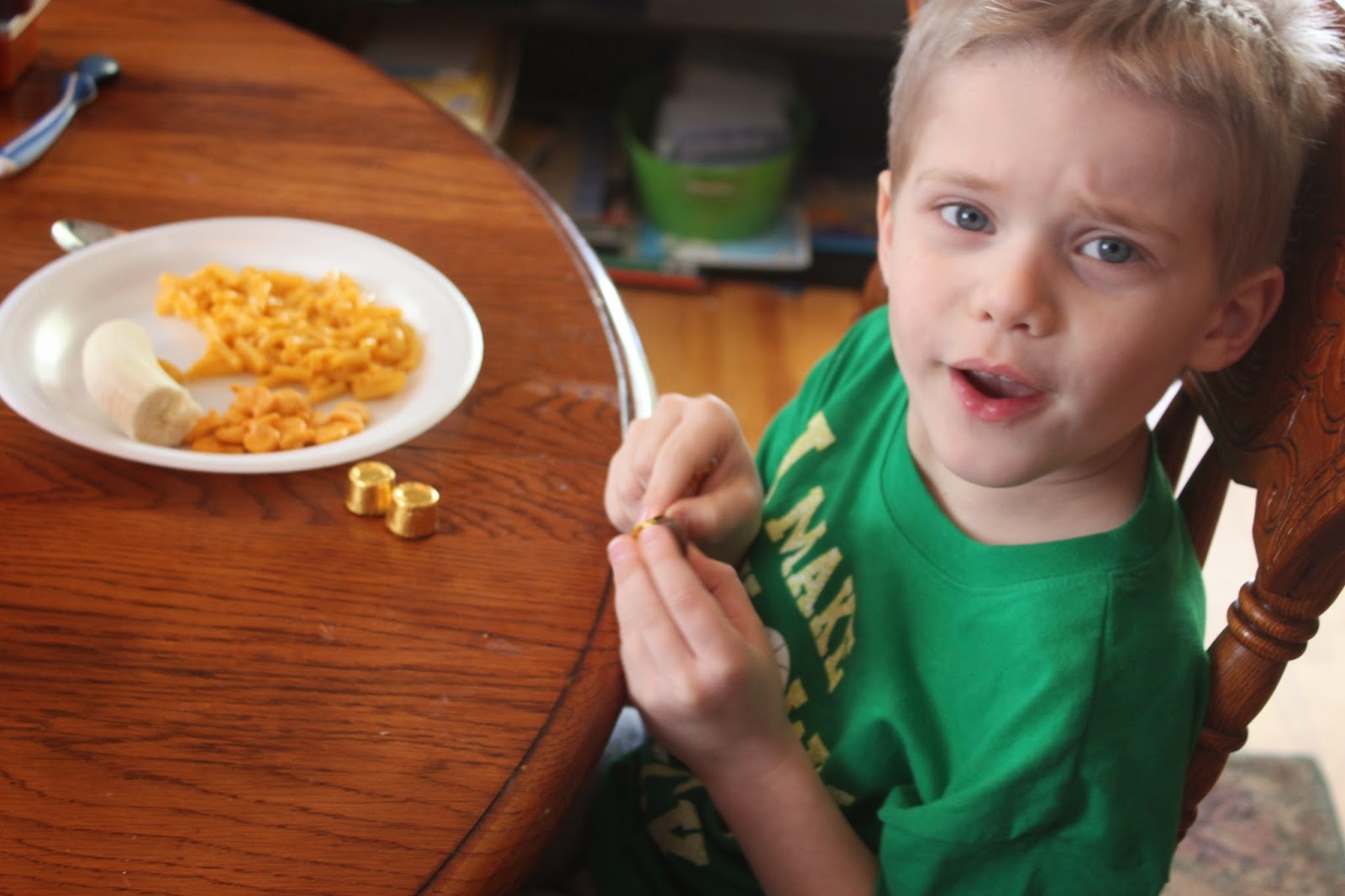 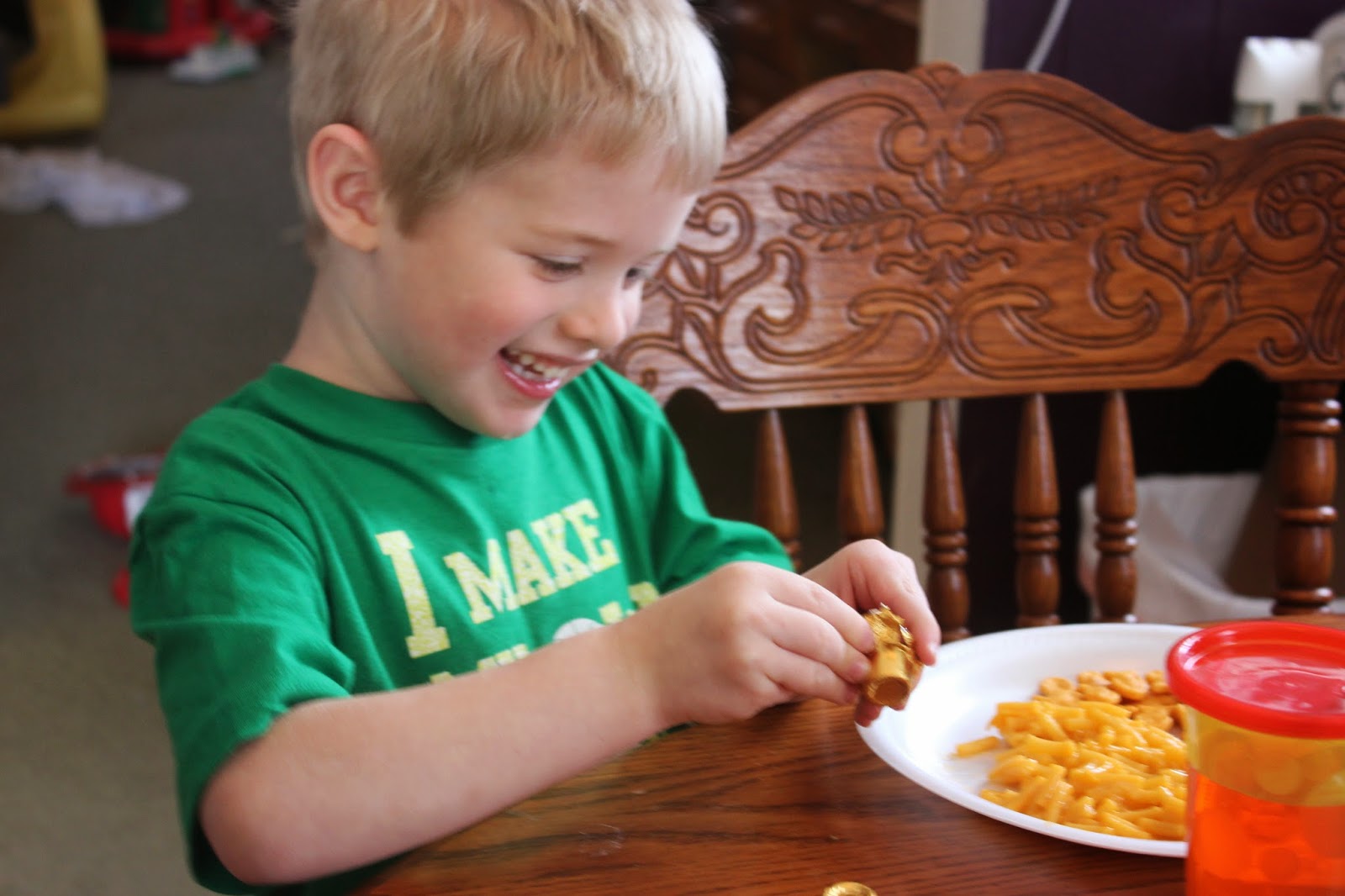 For  lunch we had all things orange (since we are Protestant, after all!) so it was Mac and Cheese and Goldfish crackers for lunch.  I also put some "gold coins" (aka as Rolo's) on the table and told them the Leprechaun had visited and left them.  Well, let the stories begin HA  The boys wanted to know if I saw him and where he went and if he would leave more (which he did - they found them all over the house all afternoon).

For dinner, we had our annual "feast" of Stuffed cabbage, Crash Potatoes, and Rainbow Jello.

St. Patrick's Day (or as the boys say, Patrick's Day) ended with a bang, though.  Nate decided to toss his cookies at about 9:00 Monday night and keep me on my toys with a bucket near by most of the day Tuesday.  Hopefully that is one gift that does not keep on giving!