I don't know about all of you, but I love Weddings :-)  Especially those of people I know well!  On Saturday, January 14th, Darryl's Niece, Rachel, got married and we were honored to be part of it!  We were very excited about this wedding since Rob and Rachel have been together for 7 years and we figured that this day would come long before now!  Darryl and I were responsible for the music - we knew months in advance but, as is normal, we waited until 2 weeks before the wedding to practice . .. we should have practiced sooner LOL  No, it went really well but we could have used a few more songs for the prelude and postlude.  I also sang "When I Say I do" by Matthew West

The wedding itself was beautiful - it was held in a church that was just "grand" in appearance making for some beautiful photos. I will apologize now for my photos - my camera is on its last leg so it tends to be a little blurry sometimes plus I was not using the flash so any small movement caused a blur. 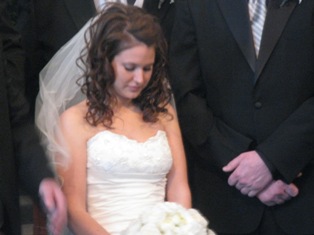 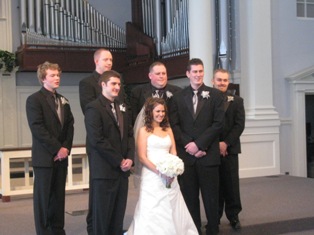 Rachel and the Guys 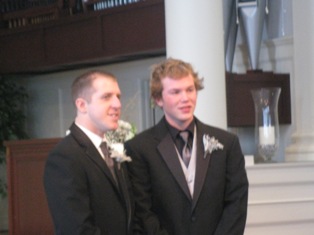 Rob, the groom, and our nephew Levi (Rachel's brother) 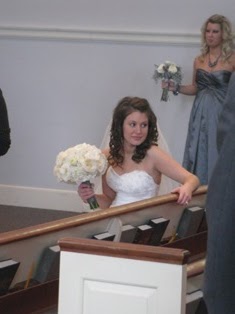 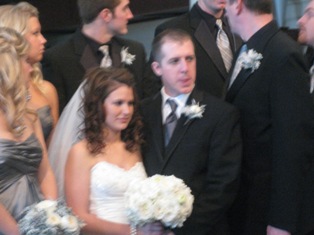 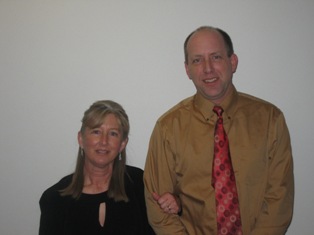 Darryl with his sister, Kelly 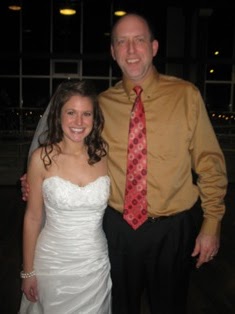 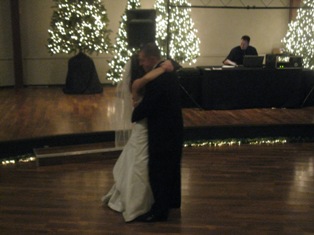 The First Dance :-)
Despite a really bad snow storm with white out driving conditions - it was a great weekend.  Darryl and I, thanks to his hotel points he has earned, were able to stay the weekend so we got some time away which was even better then the wedding - the wedding was just the excuse we needed to do something like that, I guess :-) ﻿
Posted by Jackie Koll at 10:00 AM No comments: