For some reason, I enjoy St Patrick's Day more than most "little" holidays.  It is just kinda fun.  This year was no exception especially since the boys remember last year and how the Leprechaun brought candy throughout the day so they were on the look out for him. 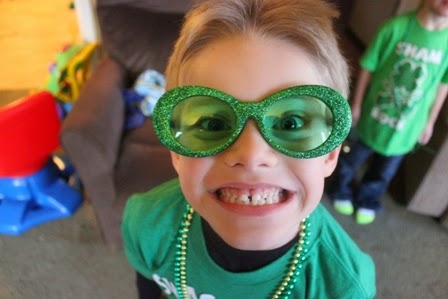 Who could ever resist this face?  :-)  We called him "Elton" (Elton John) all day long - those glasses!! 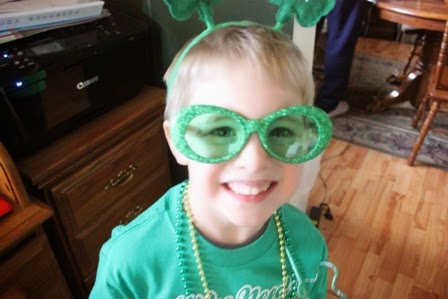 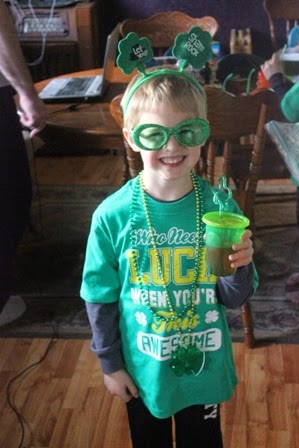 Nate wanted his picture with the whole outfit - including the shamrock straw!  I think one of the reasons I enjoy this holiday so much is all of the fun little dollar store stuff - glasses, headbands, necklaces, straws!  So much fun! 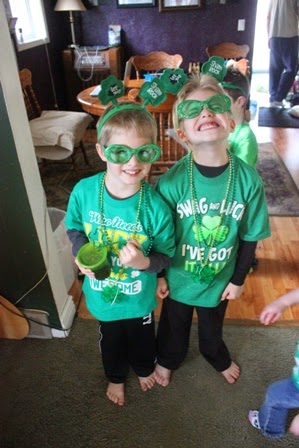 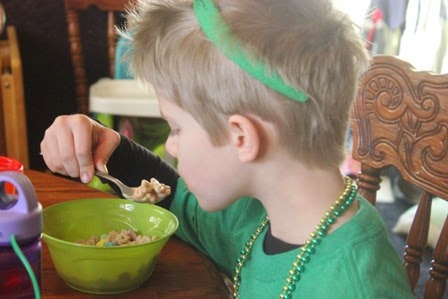 Per our yearly tradition - Lucky Charms for breakfast.  (Good thing Darryl was home - I forgot to buy Lucky Charms so I had to make a quick run to the store!) 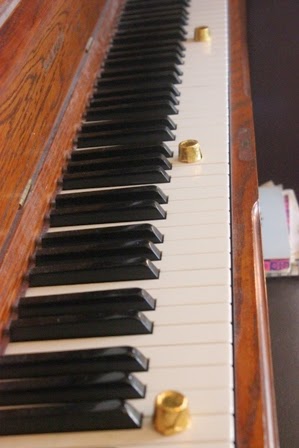 Oh my goodness.  The boys and the leprechaun.  I had to be super sneaky as I hid Rolo's when they weren't looking!  They were bound and determined to see the little green guy but never did.  Instead I would hear, "Mom, he was hear again - did you see him?"  The best part?  When they were making lunch, Josh kept checking to see if the Leprechaun had left treats on the table.  I managed to sneak some by their plates . . .when the boys saw the treats, Josh exclaimed, "I KNEW I shouldn't have helped with lunch - I should have just sat at the table!" HA! 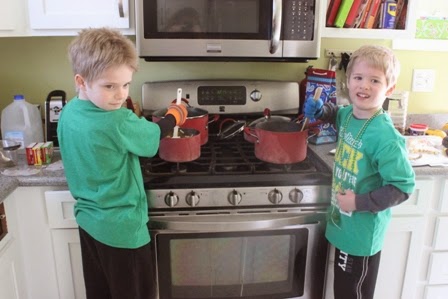 My Super helpers making Mac and Cheese for lunch. 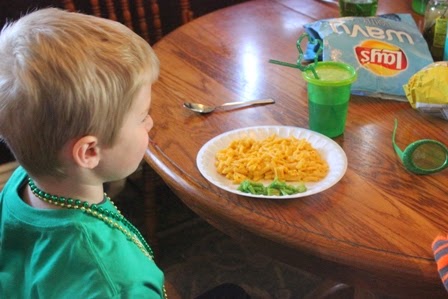 Now, I knew, unlike when they were 2 and 3, the boys would not eat Green Mac and Cheese.  As a matter of fact, it made Nate so upset to see his favorite Mac and Cheese turned green (just a tiny amount of it) that i had to get him a new plate! 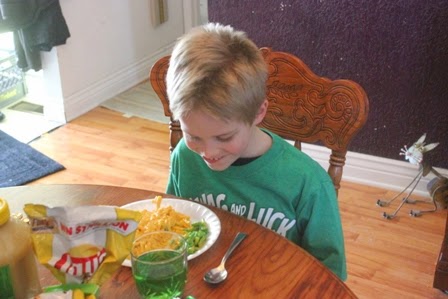 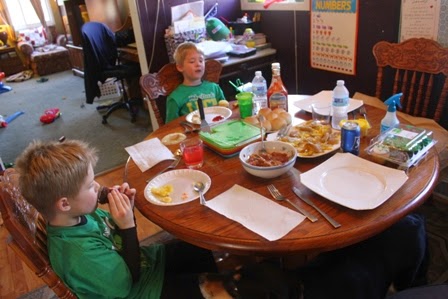 Our annual dinner of Stuffed Cabbage, Crash Potatoes, Rainbow Jello and Green Beans.  We also had cupcakes with green frosting that we may or may not have eaten before dinner :-)  Sometimes dessert should be eaten first! 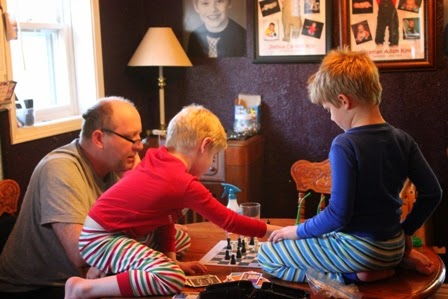 The boys also took their annual green bath - they love it that the water is turned green with some food coloring.  Then they played Chess with Darryl before bed.

Such a fun day!
Posted by Jackie Koll at 7:00 AM No comments: