We had a great week last week.  One of the great things is we went on a field trip.  For real.  We went bowling and it was awesome.  The boys had never been bowling and they loved it. 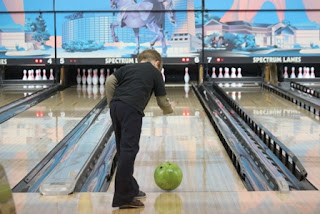 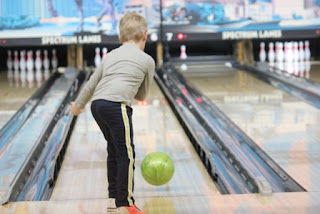 There was also a pro-bowler there and he took an interest in the boys.  He gave them pointers and let them bowl on his lane to try and get him a spare.

We also had a snow day last week.  Last Tuesday the local public school was closed so the Munchkin was home with us all day.  The boys were having too much fun playing together so I called a snow day and just let them play.

Despite that, we did get lots of school work done.  Josh is completely done for the semester - he has nothing left to do this coming week.  We are going to focus on learning sight words and AWANA sections.  Nate finished up his December writing (yes, we didn't do it in December) and we worked diligently on his work.  My goal is to have all of his lessons done by the end of the day today.  Then we will focus the rest of the week on his January writing and AWANA review - Nate finished his first book last week and now we have to review that book.

I mentioned last week, I think, that the boys started back into Tae Kwon Do so I wanted to share a photo of their new uniforms. 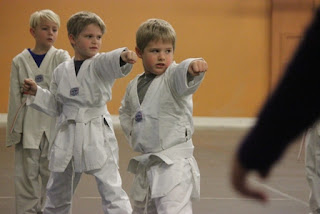 Just this weekend I printed off the registration form for Gymnastics which needs to be sent in this week; registration for T-ball which is due by the end of March and I'm making calls on some swimming lessons for the boys to start in March hopefully.  Busy, busy boys!