Are you enjoying the Winter Olympics? 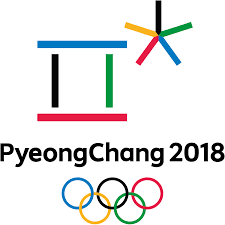 We are!  The boys get pretty excited as they approach - especially the opening ceremonies.  They love to have me print out a world map and they then keep track of all of the countries and how many athletes each country has competing.  Nate has about every country memorized on the map so it's an easy thing for him to do and Josh isn't far behind him.

It's events like this that make me miss the more traditional style of Homeschooling where I could have put together a two week study of the Olympics for the boys but with our on-line program, it's really hard to add anything other than what is required.

It seems that on this first weekend, it has been dominated by Ice Skating.  The boys are looking forward to Skiing and Snowboarding.  I look forward to seeing Shaun White.  I was sure he was done after the last Olympics so to see him come back is awesome (Plus he looks so much like one of my nephews - how can I not cheer for him!)

I just wish there was more to watch during the day but due to the time difference, it seems to run more through the night instead of all day!

Did you ever dream of being an Olympian?  I know I did.  I dreamed of being an Ice Skater which is kind of funny since I can't ice skate to save my life HA!  I also loved watching the divers in the summer Olympics but I never learned to NOT plug my nose underwater so that caused a slight issue with that dream :-)

So, yes, we are watching lots of sporting events over the next few weeks.  It was a nice transition after Football ended to have something else fun to watch for a bit!