Welcome back to another installment of our K-4 homeschool fun.  It won't be long and I'll have to change the title to Preschool AND K-4.  I'm slowly gearing up for adding to more boys to the mix each day and, let me tell you, those two boys can't wait!   This week I've added to new things for everyone.  One, I added a morning snack time.  I got tired of feeling like I was feeding three boys for 4 hours every morning so instead, we have snack time at about 10:00 every day.  This is a planned snack.  This week we had Pop-tarts on Monday because the boys love them, Chips, Salsa, and grapes on Tuesday, Cheese cubes with pretzels "handles" and raisins on Wednesday, Chex Mix on Thursday and Pudding Cups on Friday.  I try to make sure that there is at least one thing each boys likes each day.  This has really helped out with keeping kids out of the kitchen all morning.  Two, I added a fun activity each afternoon.  It takes a little more planning on my part but that 3-4 o'clock hour seems to be the "bored" hour for the kids so this helps give them some guidance and gets them back into playing. I'll share pictures each week of what we do.

First up though, here are some photos from this weeks lessons. 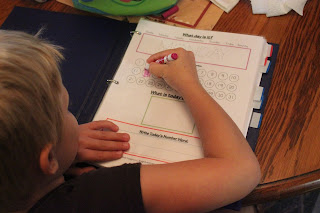 Every morning Josh and I start with his Daily Notebook which includes things like the date, writing his name, working in telling time, the weather, numbers, letters and shapes.  Right now I am trying to get him to do this on his own AND trying to get it to take only about 15 minutes instead of the 45 it takes him now! 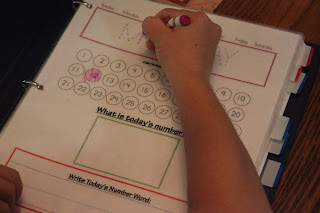 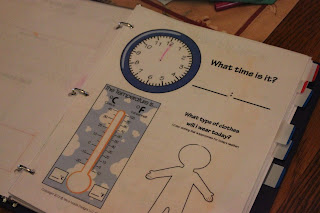 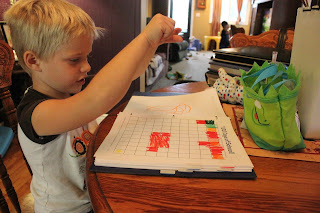 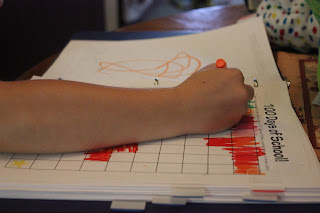 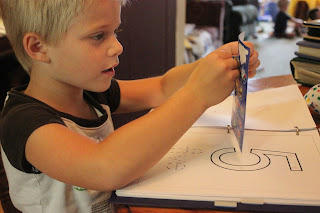 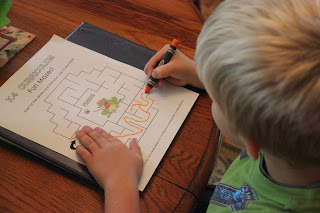 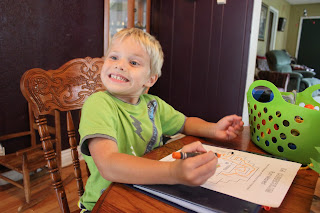 Now on to our fun activities for the week, not that school isn't fun!.  Monday dawned a cold, grey, rainy day which messed with my first, outdoor plan but, the day was saved when the people I babysit for arrived with a HUGE container of playdough.  Six pounds of it to be exact.  Monday afternoon we got out the play dough and cookie cutters and got busy.  The boys played for 2 hours and we had to "make" them put it away at dinner time.  It was a huge success especially when Darryl came home and played with them. 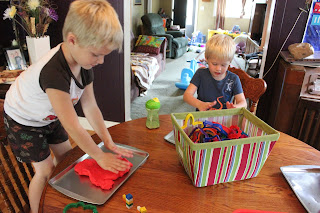 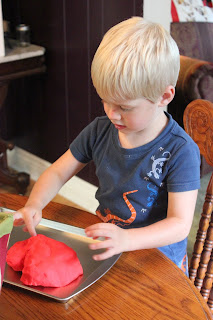 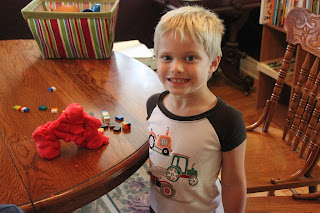 On Tuesday, we celebrated the Munchkin's birthday with decorating cupcakes. 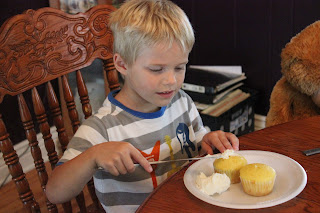 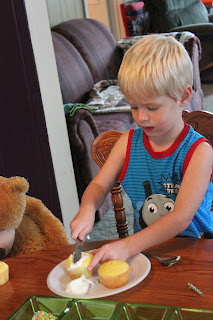 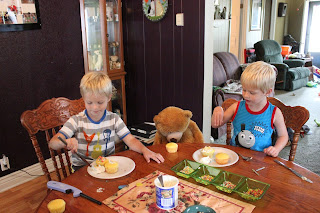 The boys made me laugh.  Josh decorated his cupcakes to the "nines" with frosting, sprinkles and peanut butter chips; took one bite and said, "Lets save the rest".  Nate, half decorated one and then said, "I don't like frosting and sprinkles" and only ate his other plain cupcake. Silly boys.  Oh, and Josh brought friends to the party - see the bear sitting next to him?  There were 3 others on the other side of the table ;-) 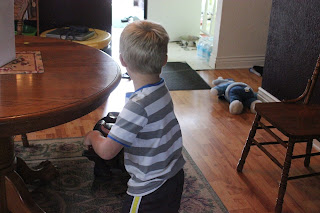 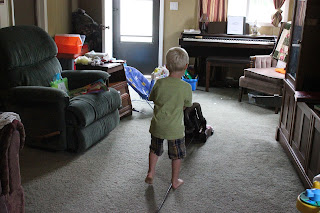 Yep, slave labor helping to clean up after sprinkle fun with cupcakes :-)  Actually, they asked to vacuum and I was not about to argue! 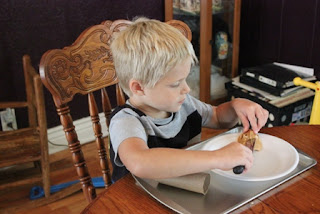 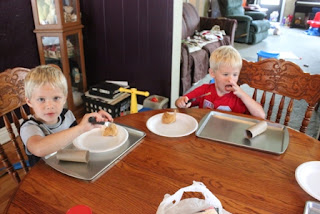 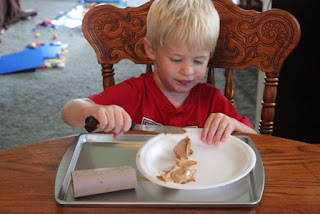 So, Nate, who I thought would love this project, just ate all of his peanut butter then had me actually make his bird feeder.  Josh, who I was afraid wouldn't like getting messy did the best and made his own feeder. 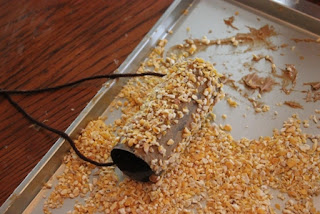 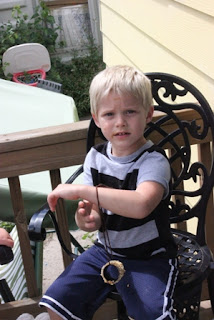 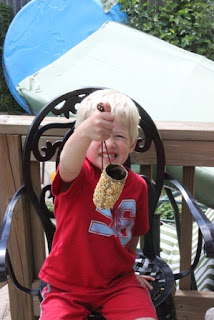 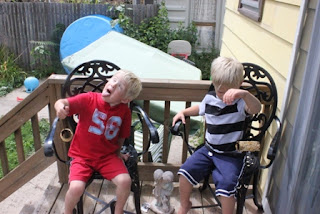 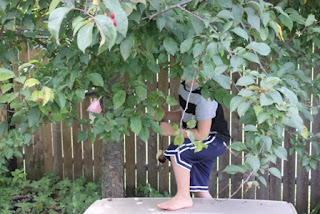 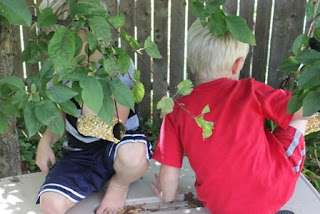 The boys found places to hang their feeders in the tree and now we'll see if the birds eat them! 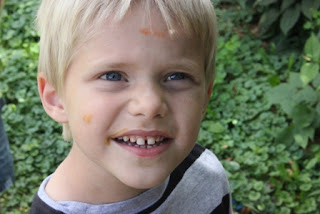 Notice the peanut butter face? HA  He didn't eat his peanut butter until he was done make his feeder but he still ate a lot!  (Neither of the boys ate dinner . .. they had enough protein from the PB to last a week, I think)!

On Thursday, my husband was home from work so we took the day to work in the yard.  Our "fun" activity was just that - the boys helped, played and took lots of Popsicle breaks :-) I finally gave in on Friday and got the play dough back out since the boys begged every day to play with the "clay".


Currently all of our homeschool curriculum comes from Confessions of a Homeschooler.
Posted by Jackie Koll at 7:00 AM 1 comment: