Sorry my post went up last week without any photos :-)  Truth be told, I don't think I took any photos last week so it wouldn't have matter. HA!

We spent the first half of our week concentrating on school.  It's been pretty quiet.  But, we did have some things at the end of our week!

On Thursday we went to a field trip that was actually held at a medical office.  It was "A Walk through the Nervous System" and each session was taught but a nurse or doctor.  There were five different sessions (about 25 minutes each).  The boys enjoyed it and were even able to share information with Darryl at dinner about what they learned. 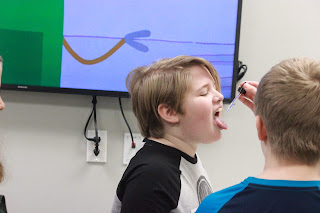 One of the sessions was on the senses.  They got to taste bitter, sweet, salty, ect and identify it. 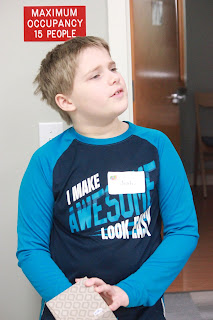 They also had to put their hand in a box and figure what things were by touch.

The next session was on the brain.  There were lamb brains that they could actually touch (Gross HA).  This was probably the most interesting session - the Doctor who led it was a great teacher. 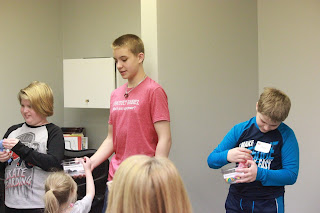 They also learned how a cell works to transmits information to the cell body.  I think the enjoyed this one because they got to shoot these popper guns HA!

Friday was our last day of Friday school.  Our main photos are from Tae Kwon Do testing. 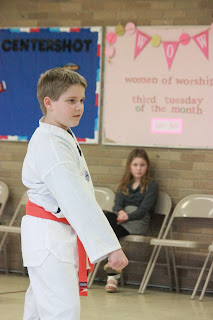 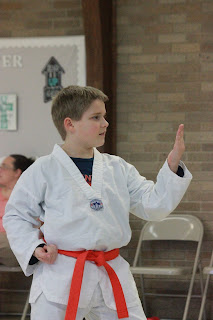 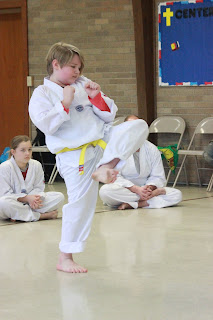 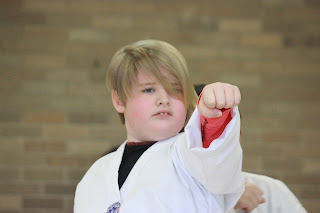 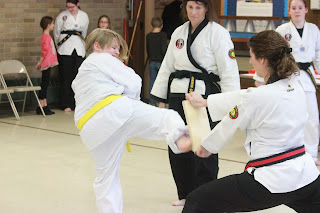 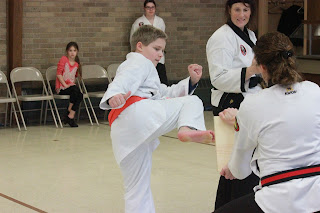 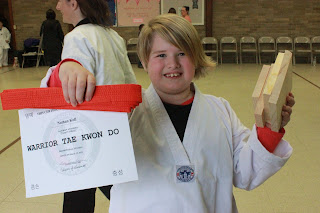 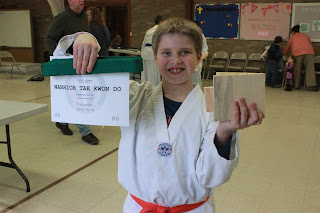 Josh earned his Green Belt and Nate earned his Orange Belt.  They worked super hard to get to this point and it really showed!