On December 18th, we had the opportunity to attend a field trip with our on-line homeschool group.  I was excited to surprise the boys with the fact that Papa and Nana were coming too . . .but that backfired on me a little bit as you will see in the photos below . . . 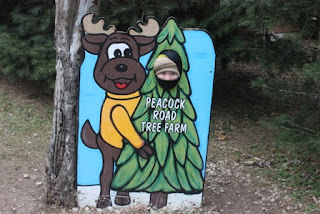 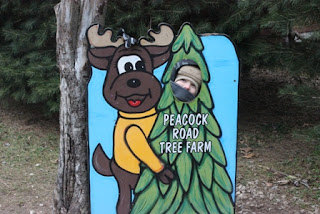 After a super warm December, some colder weather arrived just in time for our mostly outdoor field trip!  Thankfully we all had warm stuff to wear and it really wasn't that cold . 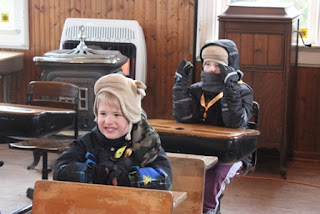 Josh is in the back . . .see that scarf on his face?  He never took it off and would not look at Papa and Nana because I was ruining his surprise of his lost tooth.  He did not want them to know he lost a tooth until Christmas when he could give it as a gift.  I'm thankful my parents understand his sometimes crazy ways and just enjoyed being with us that day even if Josh refused to look at them.

Our first stop on the field trip was a one room school house where the boys got to make a Christmas decoration for the tree and learn about school in the "old times". 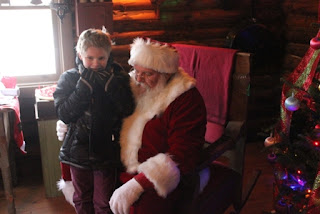 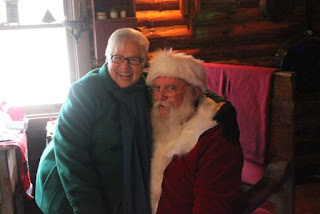 Another stop was to see Santa after riding the Santa Train.  Of course, Josh had no fear . . .. and neither did my Mother HA! 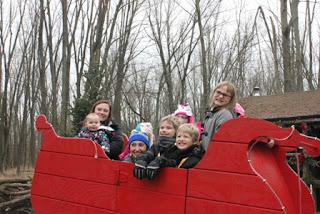 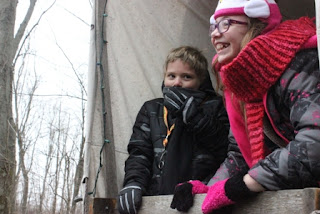 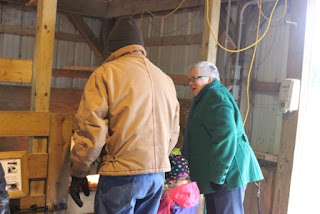 There was also some animals to see (but not pet . . .a couple of kids ignored the "don't put your hands in teh cage" and got bit by the rabbits and had to go to the hospital for stitches!) 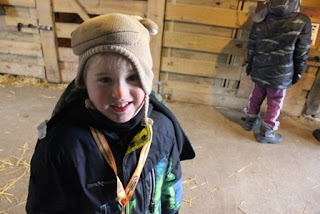 At least Nate showed his teeth :-)

We had a great time and then got to drive home in a blizzard.  For real.  Total white out conditions but we made it home and all was good!
Posted by Jackie Koll at 9:09 PM No comments: