Family Fun - A Live Nativity and An adorable Nativity

This past weekend was filled with some awesome fun!

We started out on Saturday with a trip to my Father-in-laws.  I didn't take any photos but we had a great visit.  He even took us to "The Cheese House" and bought us some awesome cheese (I love the Olive Cheese!).  Once we left there, we stopped at McDonald's for dinner and the boys got to play in the playland for a little bit too.  From there, we went to a Live Nativity put on by another local church.  Now, I have never been to a true live nativity and really wasn't sure what to expect but, it was fabulous. 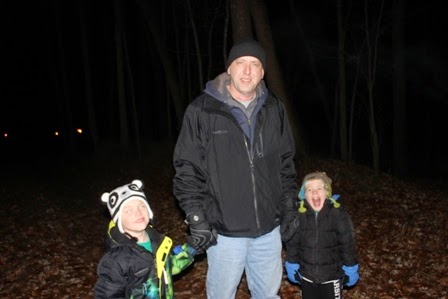 Darryl and the boys.  Josh and Nate thought this was awesome.  We got to walk down a path that was light by torches so we had to "Follow the fire"! 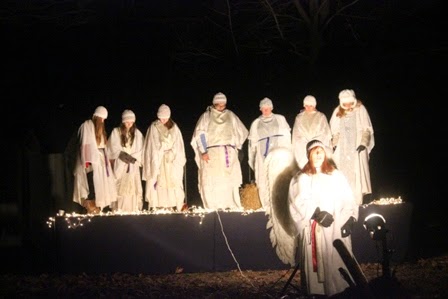 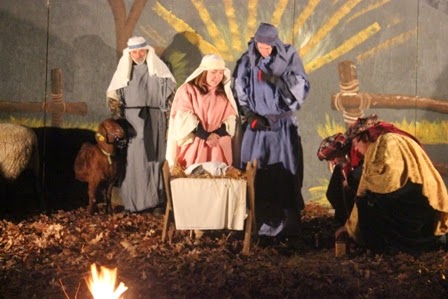 As we walked along the path, there were stops where, as we arrived, a light would come on and they participates would tell the Christmas story.  It was so well done from the story itself, to the costumes, the the real live animals. 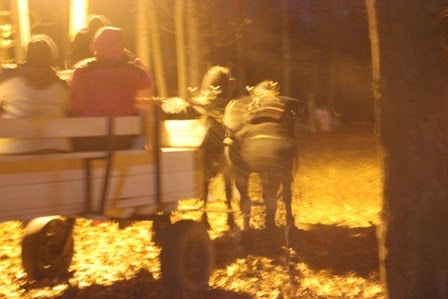 After we had walked through the entire set, there was coffee/Hot Chocolate and coffee.  There was the option to ride in a wagon through the Nativity but we were glad we walked it so we could do it at our speed.  We did take the wagon ride from the cafeteria back to the beginning and that was fun.
We plan to make this a tradition in coming years.

Sunday we got to enjoy the boys Christmas program which they have been working on for months! 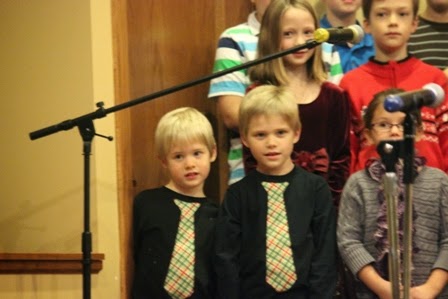 The boys singing in the choir.  Don't you just love their shirts?  I do!  I ordered from a great Etsy shop called Embrace Ethiopia.  The owner was wonderful to work with and I got the shirts very quickly! 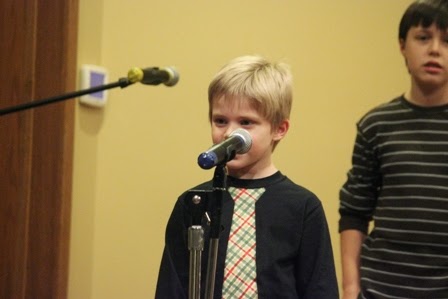 Josh had a small solo in one of the songs.  It was so awesome to hear him sing out his part loud and proud (since every time we practiced at home, he whispered his part!) 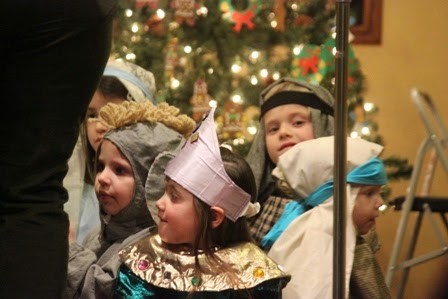 Near the end of the program, all of the younger kids left and then came back dressed up as the Nativity.  I don't know about you but to me, there is nothing cuter than a bunch of munchkins dressed up in costumes of "days of old". 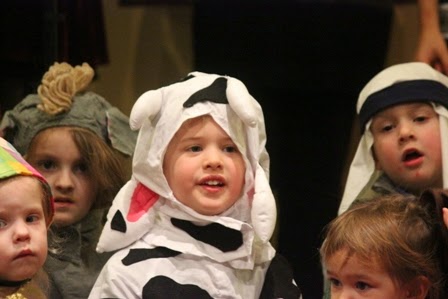 Nate was a cow.  He picked the cow costume and loved it.  And let me tell you, there has never been a cuter cow.  Ever :-) 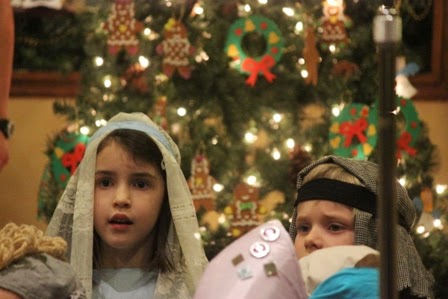 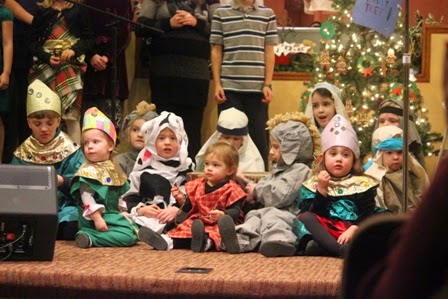 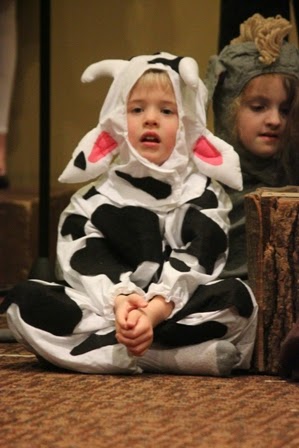 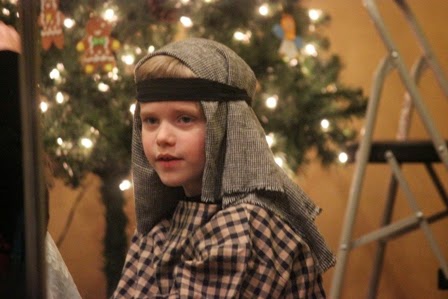 Josh picked a shepherd.  How adorable is this kid anyway?  He also said his verse without any help - he had that thing memorized and said it loud, and clear.  (we worked hard on that!). 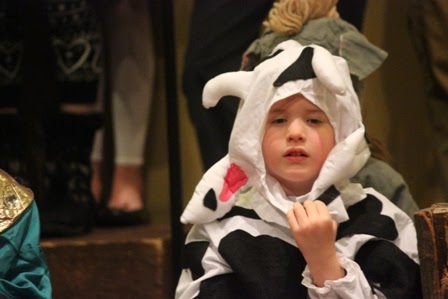 The Cow, on the other hand, wanted nothing to do with the microphone and refused to say his verse (which is fine because cows don't talk anyway, right?).  He just chose to look cute and play with his ears. 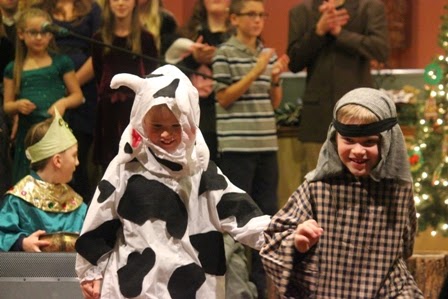 The boys took a bow together at the end - I loved it!

The added bonus on Sunday is that both my parents and Darryl's mom and her husband came to see the boys.  The boys were so excited to have the two sets of grandparents there to watch them.

We had a fantastic weekend as we started the Christmas season and are looking forward to more in the coming weeks!
Posted by Jackie Koll at 7:00 AM No comments: