At the end of April, the boys were awarded for their hard work in Cubbies and Sparks this past year.  They were beyond excited about awards night especially because both Papa and Nana AND Grandpa and Grandma would be in attendance. 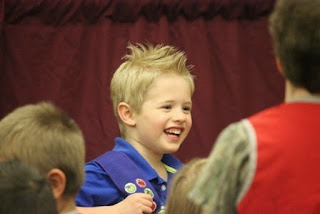 Nate was so excited to go up on stage for his awards. 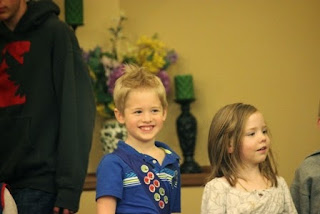 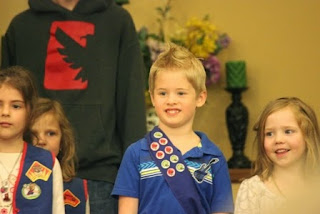 Nate got an award for completing his book during the year and also because he was graduating from cubbies and heading into Sparks. 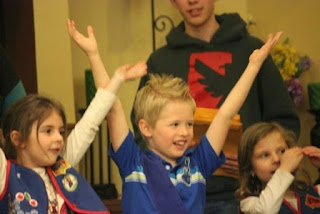 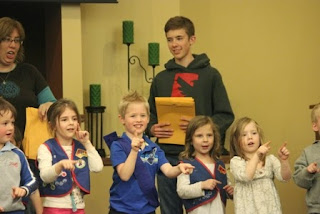 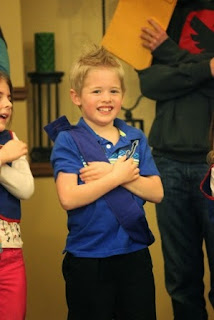 They also sang some of their favorite songs and it was so fun seeing how animated he was on stage. 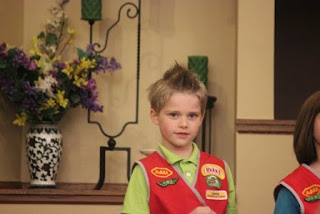 Josh on stage - he gets very serious (and slightly nervous) on stage. 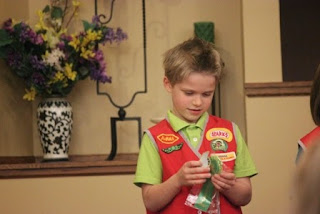 Josh received an award for finishing his book (it was also noted that he reviewed his book as well because he finished it so early in the year). 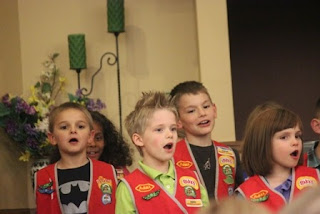 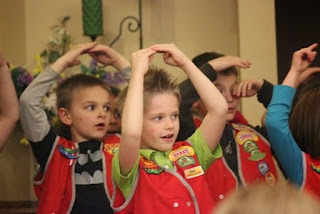 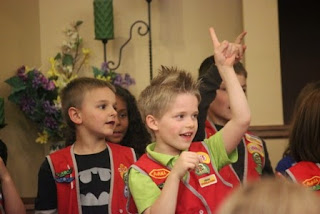 The Sparks also sang their favorite songs and I love seeing Josh singing! 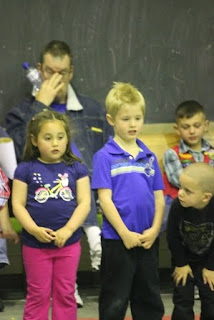 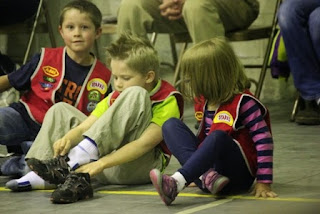 Once the awards portion was done, everyone went to the gym where they had the kids play a game all together to get the parents a chance to see how the game time worked and then, they served ice cream.

Such a fun night after a great year and now, the boys are so excited because they will BOTH be in Sparks this fall and they LOVE being together :-)
Posted by Jackie Koll at 7:00 AM No comments: