We slowly got back into the swing of things this week for preschool.  Very slowly but we did it!  I actually had plans for Monday and Tuesday but, our little friend who I babysit had a different schedule this week because his baby sister was born on Monday.  He didn't arrive until 10:30 both days so I kept thinking we would do school in the afternoon but I learned that .. .well, by the time the afternoon comes around I'm too tired to want to do school HA!

We did get out a favorite activity on Tuesday.  My mom got these awesome magnetic books for the boys at Josh's birthday and they love them.  Josh is able to match up all of the letters and all of the words for the books he has and he loves making funny faces with the magnets in the books as well. 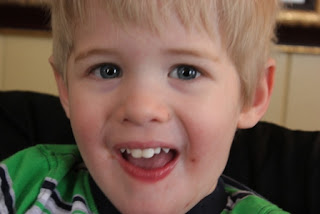 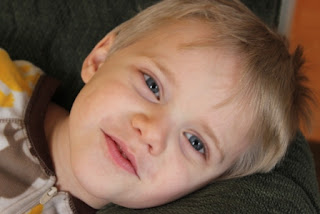 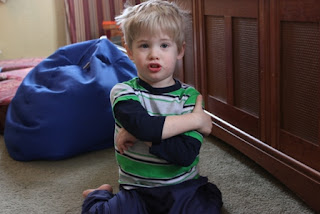 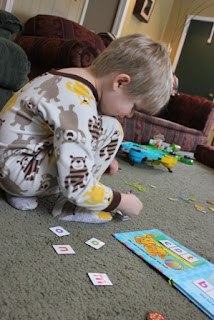 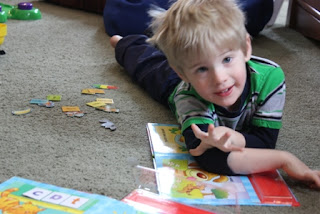 I couldn't resist snapping some wonderful up-close photos of my boys! 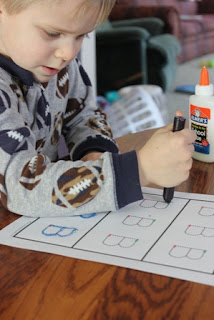 On Wednesday, we worked on finishing up all of our letter "B" worksheets. Josh was really working hard on tracing the letter "B" . . I finally got him to switch to a sharp skinny crayon instead of the big crayon. 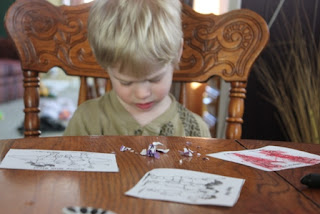 Notice that Nate was very busy with peeling the paper off of the crayon - such concentration :-) 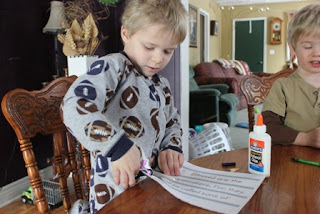 Josh has finally started to master scissors.  Yes, I will admit that I held off on this activity because, well, who wants toddlers to know how to use them?  He was very proud of his finished product. 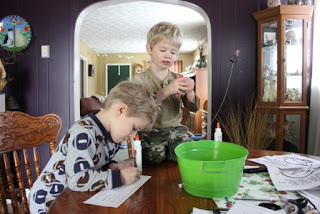 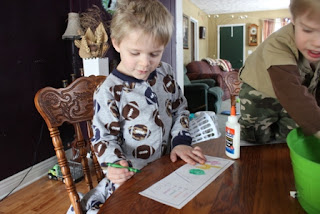 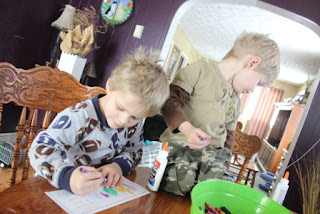 Yes, Nate is on the table.  That is his latest thing.  We worked on coloring by number, another new skill which Josh caught onto very quickly.

On Thursday we did some review and then worked on a craft (I'll share more later!). 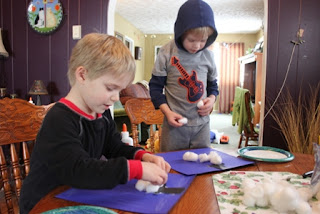 The boys working on our craft :-)  Josh lives in Pajamas - don't judge.  Nate still chooses to get dressed, which I am thankful for HA! 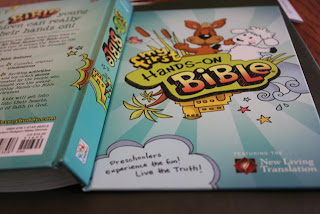 Our Bible lesson today was on creation.  Once a week I try to read from this Bible and we discuss the story.  I then review it at dinner time and I would like to add an activity or two related to the passage the following week but I haven't done that yet. 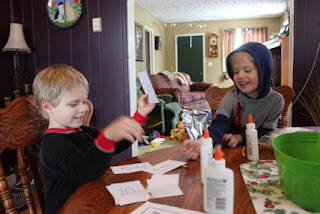 It was so cute!  I had just finished going through our flashcards with the boys; Josh asked for them and he then quizzed Nate on them all and did a great job.  I love to see them work together. 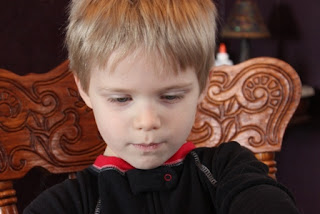 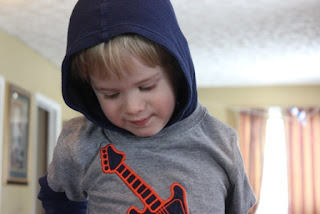 I LOVE those Faces!!

Finally, on Friday we celebrated a huge snowfall with a . . SNOW DAY!  My husband stayed home because the roads were so bad (he gets up at 3:00 am to leave - so the roads had not been touched. ).  The boys (all three of them) headed outside to shovel and play. 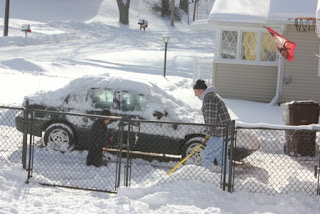 Josh loved helping out with the shoveling - each of the boys have a small snow shovel so he used it to help clean off Darryl's car. 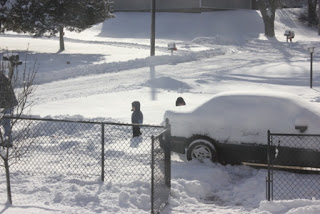 The boys were running around in the snow for awhile until Nate got a shovelful of snow in the face - then he was done and came inside :-)

No, we don't normally do "school" on Saturday but I thought I would include our activities on this post.  We ran some errands and then went in search of a hill that the boys could sled on.  They were so excited!  This was the first time we actually took them sledding :-) 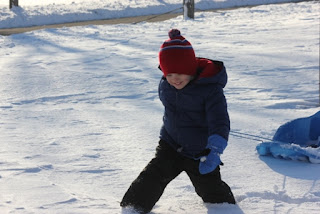 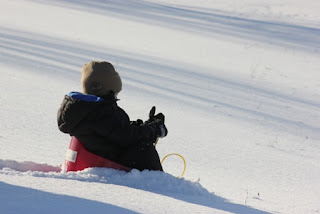 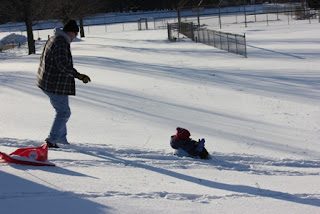 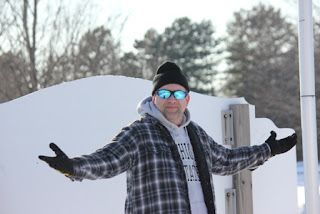 The boys decided that the sledding was not nearly as fun as running up and down the hill - this was Darryl saying "Oh, well" HA! 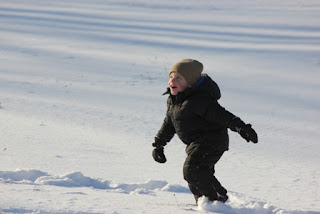 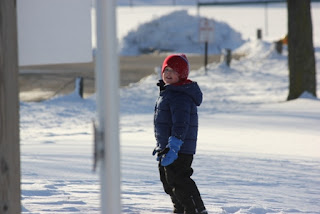 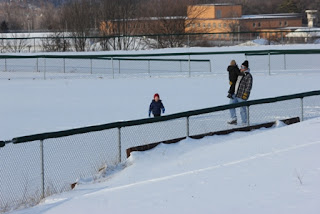 The boys took off in search of another hill for future reference and then took a short cut through the baseball field that ended up being a "long cut".  Darryl ended up having to carry the boys at one point because their legs just gave out from walking through drifts that were up to their knees. 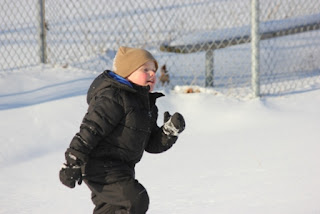 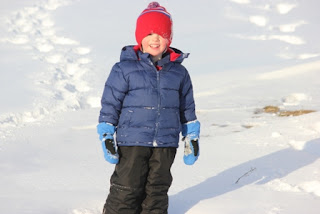 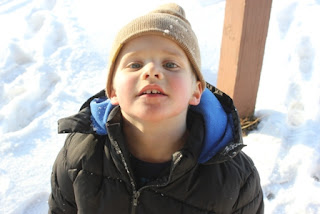 It was a great weekend with all of the snow.  We did figure out that the "baby sleds" are not made for going down hills and we need to get a couple of saucers for sledding.  :-)