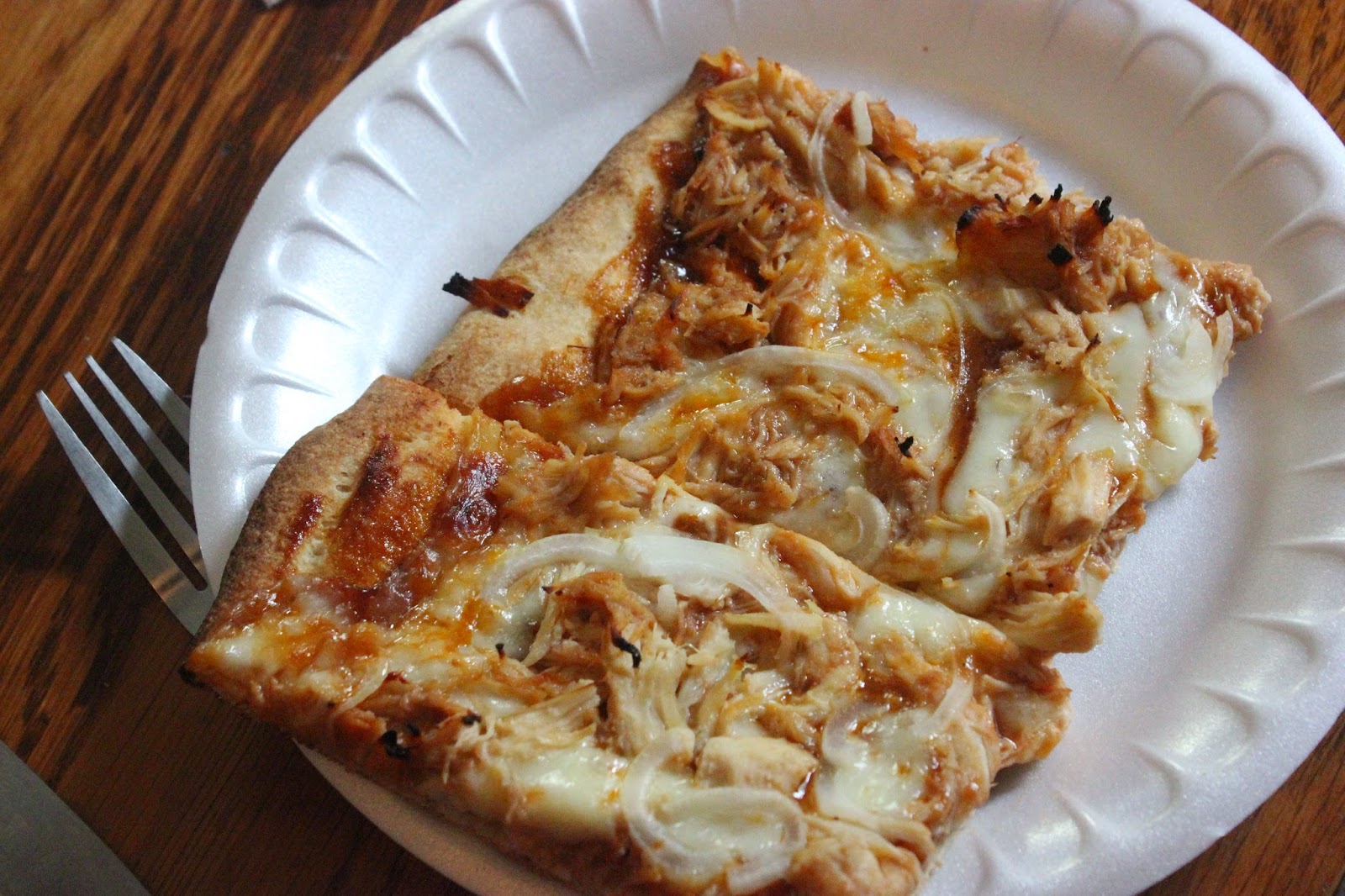 It is no secret that I love pizza.  It's one of those foods that I could eat daily and never get tired of it.  (And when the boys are gone, I have been known to do just that!).  Through the years I've tried my hand at making homemade pizza dough but have found that the Pillsbury Pizza Crust in the tube is better (and easier) than anything I have made.  Anyway, this pizza really caught my attention as something new and different to try and I was not disappointed.  It was so tasty - the BBQ Sauce (Nothing but Sweet Baby Ray's Honey BBQ in this house!) gets that smokey sweetness as it cooks which just makes it so tasty.  Besides not making the crust from scratch a few other changes I made to the recipes is that I did not put cilantro on top (not really a fan of soapy tasting herbs on my food) and I used leftover chicken from a Rotisserie Chicken that I had in the freezer which made it super easy!  Oh, this recipe is written for two small crusts - if you use the pillsbury tube crust, just put all of the toppings on one crust since it is a larger crust.

Preheat oven to 375 degrees.
Salt chicken breasts on both sides, then place in an ovenproof dish. Pour BBQ sauce over the breasts and turn them over to coat. Bake for 20 to 25 minutes, or until chicken is done. Remove from oven and cut into a fine dice. Set aside.
Increase oven temperature to 500 degrees.
Roll/stretch out one pizza crust. Lay it on a sheet pan drizzled with olive oil. Drizzle a little olive oil on the crust, then sprinkle on a little salt.
Spoon a couple of tablespoons of extra BBQ sauce on the crust and spread it evenly. Top sauce with half the sliced mozzarella. Sprinkle on half the diced chicken and thinly sliced red onion.
Sprinkle again with a little salt, then bake for 15 to 17 minutes, or until crust is golden brown and toppings are bubbly.
Remove from the oven and sprinkle on plenty of chopped cilantro. Cut into squares and serve immediately. Repeat with other crust and other ingredients, or save for another time.