My parents have been in the ministry for my entire life and then some - about 43 years total.  My dad has been a pastor for that many years with over half of that time spent in their current church.  Well, he finally decided to retire as of September 1st.  This brought on some changes like the fact that my dad no longer has an office at the church.  That was sad for me because I've always had that "place" to go to when stuff was going on at church like weddings, funerals, or dinners.   It kinda makes me sad to think that my kids don't have Papa's office to go to anymore.  Instead his office is now at home - which he probably likes :-)

He announced his retirement mid August and then, he and my mom went on a much needed vacation for two weeks.  While they were gone a party was planned as a total surprise for them.  It just "so happened" that my oldest brother, Kel, was already scheduled to preach at the church in September so they lined up the surprise with that Sunday to throw them off. 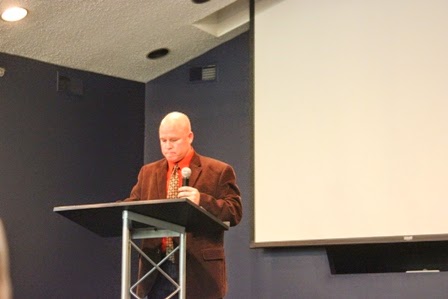 My oldest brother, Kel, while he was preaching Sunday morning September 7th. 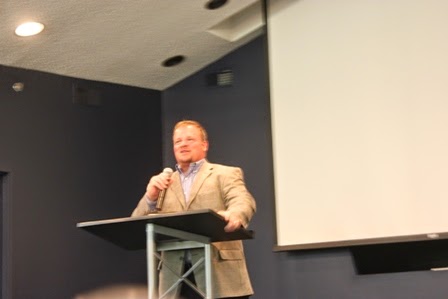 My youngest brother Ken kinda stalling for time while my niece and her friend rolled the cake up the aisle. 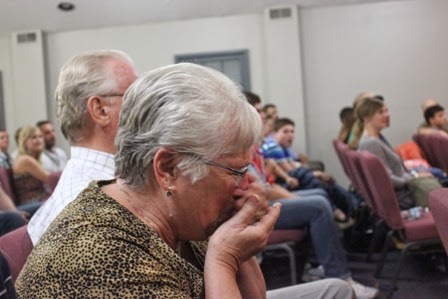 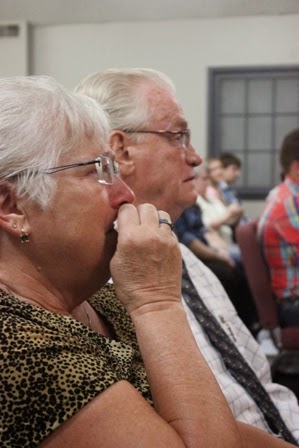 So, do you think they were surprised?  Yep :-)  Totally, 100% surprised and they were both in tears almost instantly.  Best surprise EVER! 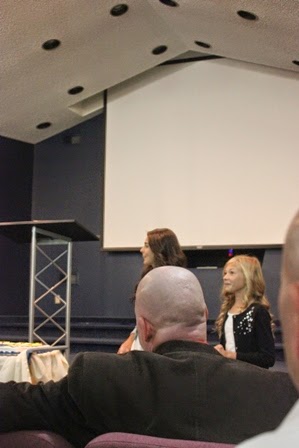 My niece is the little blonde in the front :-) 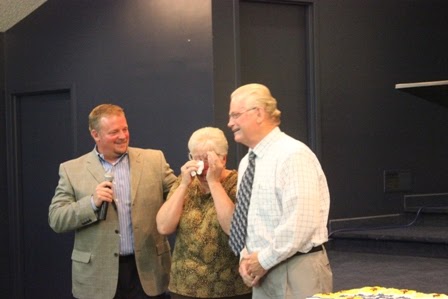 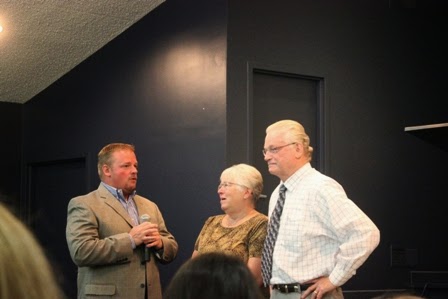 Ken sharing some things about my parents and their ministry. 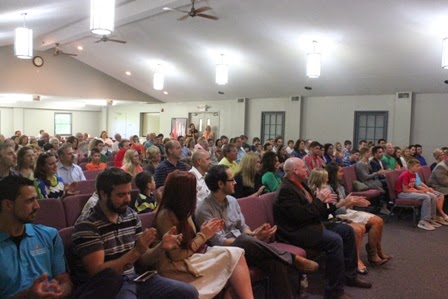 It was a packed house - so many people just love them to death!  :-) 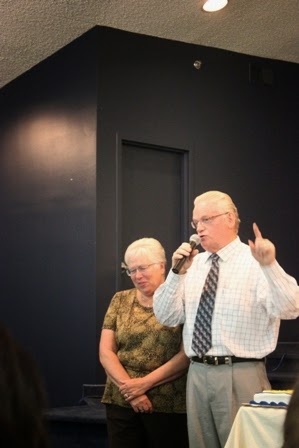 Then my parents each got a turn to speak.  They really did deserve this recognition after all of their years of ministry :-) 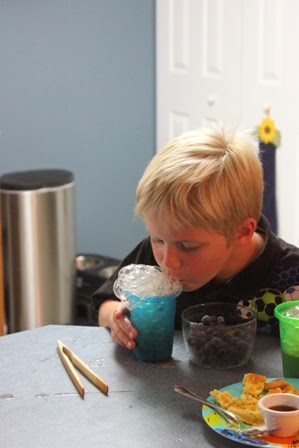 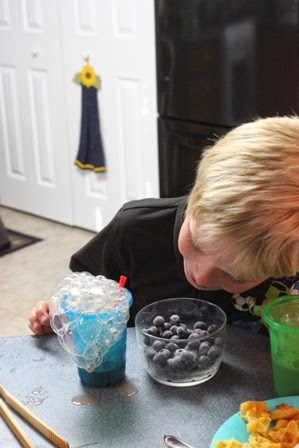 And, as comic relief, the boys discovered the joy of blowing milk bubbles until they overflow the cup.  :-)