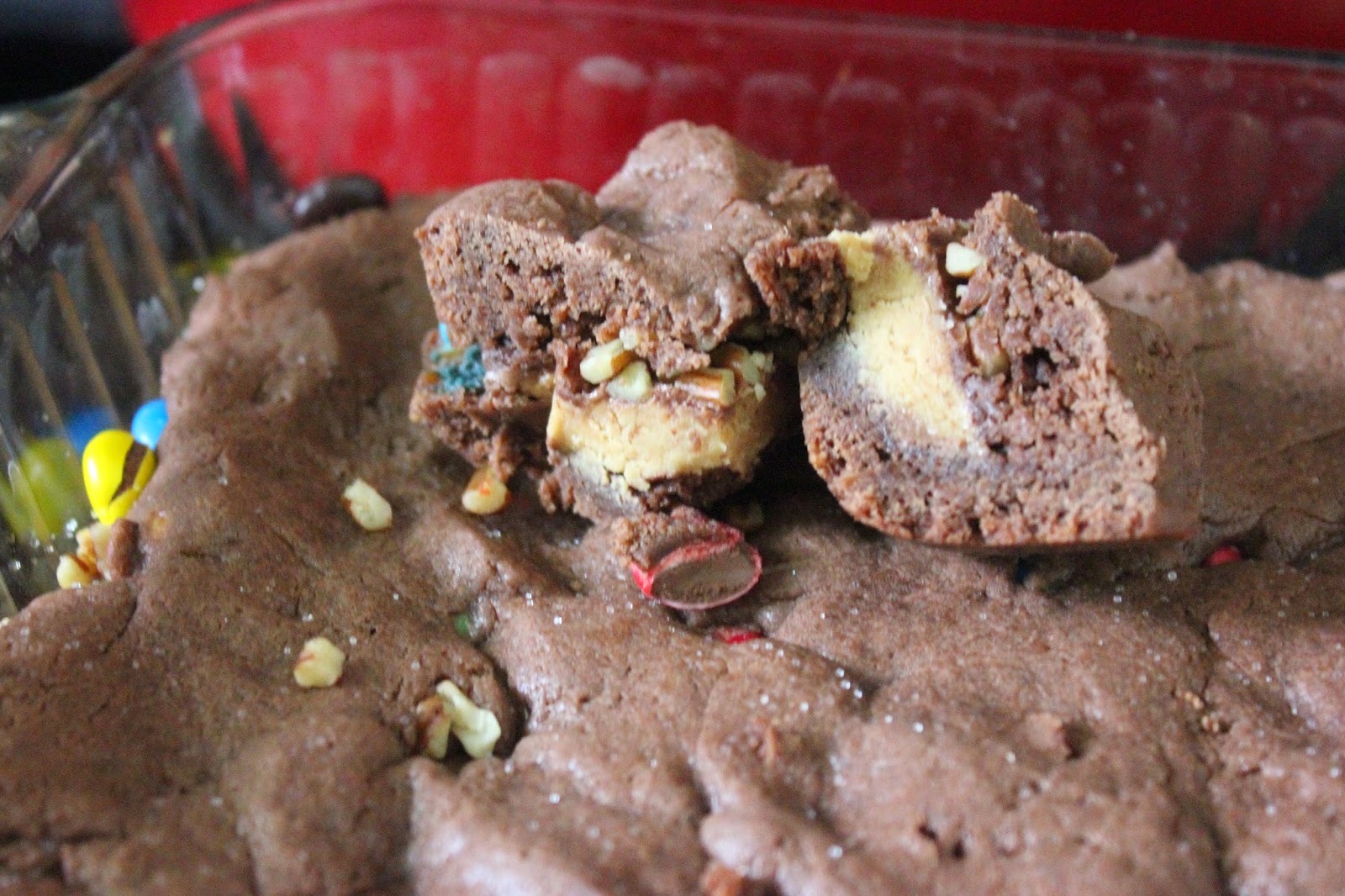 I debated what new recipe to share this week but decided on these awesome brownies because they would be great to take to a Labor Day Party!  Often, when I make a dessert, we eat about 1/2 of it and then it kinda sits for the week.  We might nibble on it but I end up throwing a good portion of it away.  Well, these brownies were gone in about 24 hours HA!  Yes, they are that good!  The brownie mix (made from a cake mix) is so moist and tasty - then add all of the candy in the middle well, oh my!  I KNOW I will make this for the next pot-luck or picnic I attend!

Put the dry cake mix in a large bowl and stir in the evaporated milk. (The mixture will still be dry.) Next, pour in the melted butter, stirring gently until the mix just comes together (don't over-mix).

Divide the mixture in half and press half of it in the bottom of the prepared pan. Lay the peanut butter cups over the top. Peel the caramels and place them in the spaces between. Sprinkle the nuts into the cracks, followed by the chocolate candies. Finally, sprinkle the salt all over. Put the other half of the batter on a cutting board and press it into a square a little smaller than the pan (it will be very sticky). Transfer it to the pan and lightly press it to cover all the ingredients.

Bake until the batter is fully baked, 22 to 25 minutes. Allow to cool completely, then place the pan in the fridge, covered in foil, for a couple of hours.

Remove the brownies from the pan in one piece, then sprinkle on plenty of powdered sugar. With a sharp serrated knife, cut into small squares.