We had some unplanned science activities for school this week. 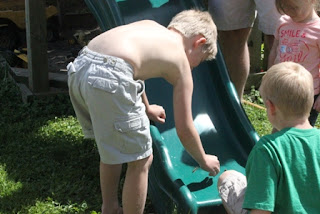 This was the week, apparently, that all of the caterpillars were busy eating because the boys found many of them. 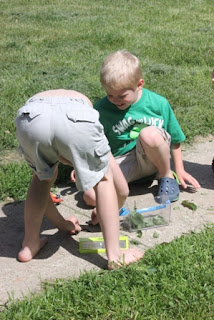 They pulled out their bug box and filled it with leaves, a stick and about 5 caterpillars. 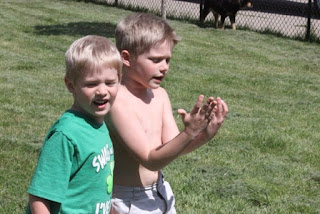 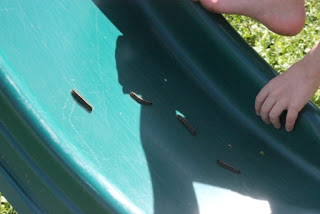 And then, they had caterpillar races. Yep.  Up and down the slide.  On the second day of this activity, one of the caterpillar's pooped on someones hand and they all went flying HA!  Those boys screamed like school girls! 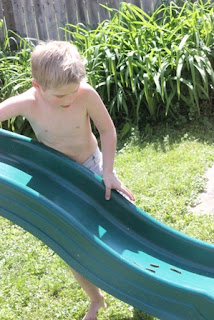 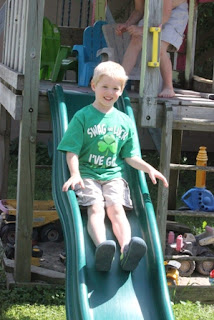 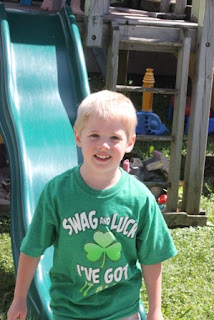 Nate wanted photos of HIM on the slide too! 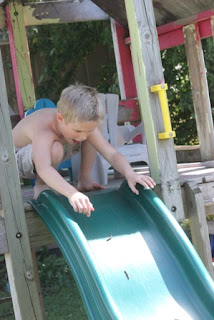 We did end up with two caterpillars by the end of the day and they both form chrysalis' before the day was done.  The boys found another one a few days later and that also spun his chrysalis pretty quickly too.  Now, we are just waiting to see what they become!

This week we also cleaned.  I know, it seems funny, but I was busy cleaning the dining room and the boys got involved with spray bottles and rags.  They cleaned a lot of stuff.  Added to that, they made pictures for Braedon's graduation album and make flags for their treehouse.

What's coming up next week?  A Field Trip to a Farm; Finally planting our garden (what?  It was 32 degrees last week!!!); and actually doing some review work.

One last thing, Josh was sitting by me one night while I was typing some things up.  He started sounding out words I was typing - I'm not too worried about him (or Nate) losing what they learned.  Not to mention the boys are always saying things like, "Mom, 100 + 150 equals 250."  For real.

Oh, and I ordered our first book for the fall - Handwriting books for both boys are on their way :-)  One thing a week . .. we should be ready to go by Fall!
Posted by Jackie Koll at 7:00 AM No comments: