Too Cute Not To Toot!

I think this very first idea will show what we are trying to work on in our house.  slowly.  This idea seems like a good one so I might actually have to get my crafty on sooner rather than later!  This idea for a Potty Chart comes from My decoupaged life. 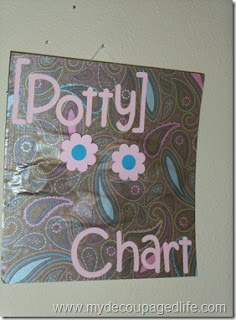 A little tipsy has been sharing Make a Memory ideas all summer.  One of the latest ideas actually comes from Oopsey Daisy and it is for a Twinkie Party.  It is such a cute idea and could really be morphed into so many other ideas.  Anything that makes a memory is always fun :-) 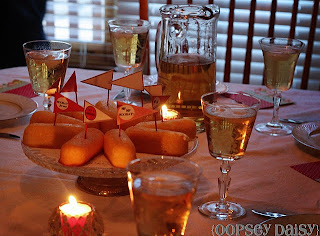 This next idea is not so much a craft idea as really good information.  I Heart Crafty Things wrote a great post on how to get your Three year old interested in crafts.  I think it can apply to just about any kid; any age - she shares some great tips.  I'm really posting this for my benifit so I can find it later but thought you all might enjoy reading it too! 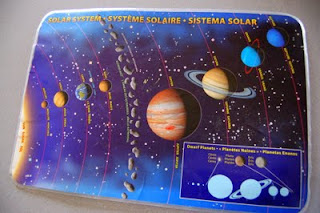 I tend to be on the look out for new ideas for art and pictures.  I saw this idea over at Nothing But Country and loved it.  I also enjoyed Shel Silverstein as a kid so reading one of his cute poems makes it even better.  She does give a template/download if you happen to be a photoshop person.  I'm not but I do have some Creative memory software that I think I could use to create something similiar :-) 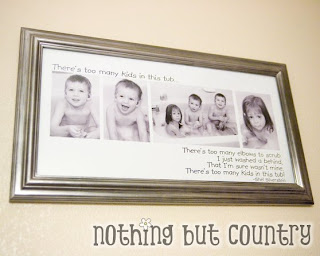 Shhhhhh . . .don't tell my kids but I think I just found a Christmas gift idea for them!  Dukes and Duchesses shoes a simple idea for Fort Making Kits.  I love the idea - something so simple could create hours and hours of fun :- ) 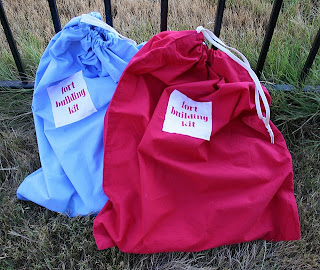 Dukes and Duchesses also shares a great way to make reusable gift tags for Christmas.  I always seem to forget about the tags and end up writing the name in the corner.  I really like this idea though! 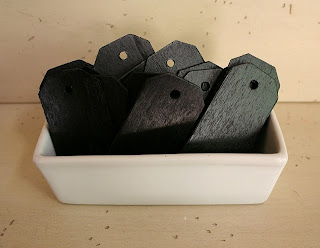 This next idea is one I saw awhile ago and don't think I shared so I wanted to share it now.  I heart Organizing shared a really cute idea for making an Art Caddy for your kids.  I like the simplicity of it and just the over all look.  Such an easy idea, yet it makes such a big impact :-) 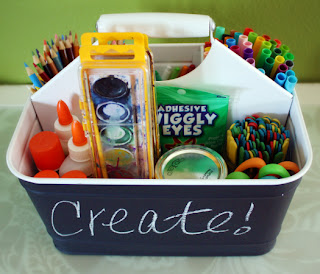 I've delayed putting up my gutter bookshelves in the boys rooms that I saw close to a year ago for no reason other than . . I haven't done them yet BUT I might be glad :-)  I just saw this idea posted at Peas in a Pod and REALLY like it.  It is inexpensive and would be easy to make. 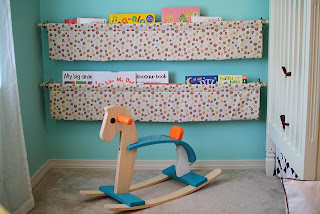 I love ABC ideas and this little quilted book from Away we go . . . fits the bill.  Wouldn't it make an adorable baby shower gift - something totally unique and homemade?  I don't own a silloutte or anything but . . someone I know does so I could probably get a little help cutting out some letters :-) 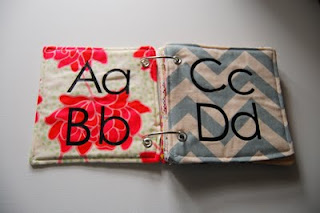 It won't be long my house will be covered in Ladybugs; I'll have Ladybugs everywhere and I really don't like it LOL  BUT, this would be a cute idea to do with my kids.  Lines Across My Face shares all kinds of Ladybug ideas and some books too.  (One year, we went to  a historical village and the buildings appears to be moving - they were covered completly in Ladybugs - it was gross!) 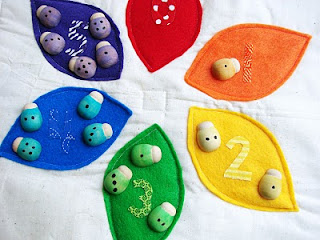 It may seem hard to believe but it won't be long and kids will be back in school!  If you are looking for a cute idea to send with your child on the first day, check out this idea from The Idea Room for Apple Pops. These would also be cute at a birthday party or if you are working with your child at home and doing an Apple Unit :-) 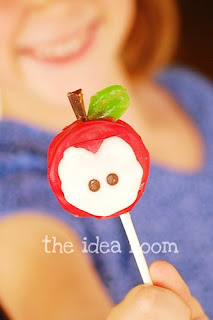 I haven't shown a ton of new recipe ideas on here lately (or at least I feel like I haven't)  but when I saw this recipe for Peanut Butter Oreo Ice Cream Pie over at Kevin and Amanda, I had to share.  I almost got up and went and made this as soon as I read the recipe . . .except I didn't have any Oreos . . .that will be remedied quickly! 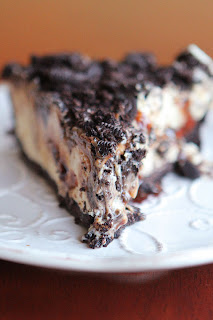 For awhile, I was seeing the Subway Art all over the place; than it kinda disappeared.  Until today.  I saw this great idea for a DIY "Eye" chart over at From Gardners to Bergers and just love the idea.  I also love that she gives a link to make your own AND if you look close, when she created her picture wall, she included a frame around the thermestat.  What a great idea. 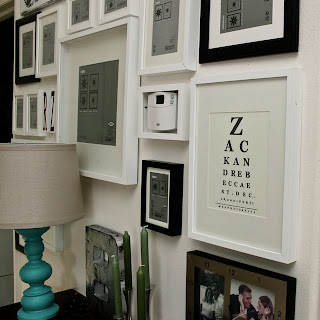 I hope you have enjoyed this weeks features :-)  I will admit, I did see one Halloween idea AND one Christmas Idea but I held off posting those yet  . . .I think I need to wait until September LOL
Posted by Jackie Koll at 9:03 AM 2 comments: