We are working on doing various family activities a few times a week during the holidays.  Tonight, we made Apple Cinnamon Ornaments.

The recipe is simple - just mix 1/2 cup of cinnamon and 1/2 cup of applesauce (store bought is recommended as homemade tends to be runny).  Just mix it until a dough forms. 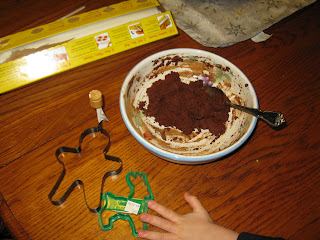 Than, grab a ball of dough and smoosh it out flat (you can put it between saran wrap and roll it out too but with a 2 year old - we just let him smoosh it out) 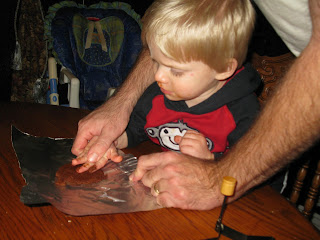 Use various cookie cutters and cut the dough into shapes.  Use a straw to poke a hole in it for string and than let them dry for at least 24 hours. 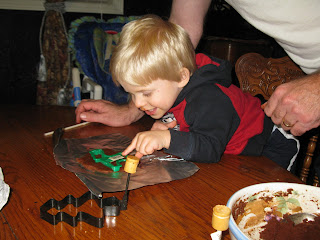 There are recipes that call for glue also  (1 cup of cinnamon; 1 cup of applesauce and 1 Tablespoon of white glue.)  From what I've read, these will last longer than just the cinnamon and applesauce ornaments BUT, again, with a 2 year old, I'm glad I didn't use glue - he had to taste the dough

Our final products - I don't think, because we did not use glue, that they will last past this Christmas but it was fun to make them. 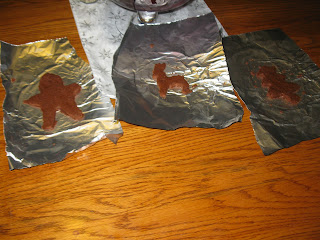