It's time to catch up!  Here's what we have been up to since Easter Week! 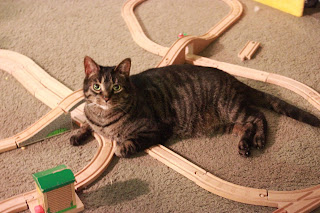 This train track has been on our floor for a few weeks (the boys play with it every single day) and it is the cats favorite place to lay.  He likes the enclosed spaces of the tracks I guess. 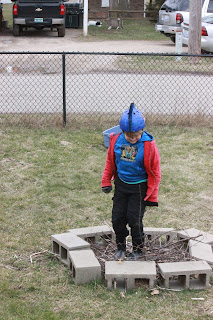 Nate spent some time helping Darryl trim a tree.  Darryl would cut down the big branches and Nate would use the clippers to cut them down to place in the fire pit. 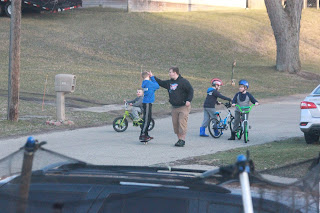 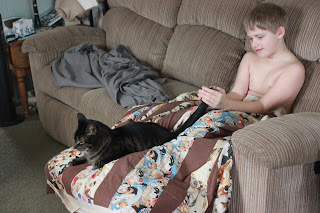 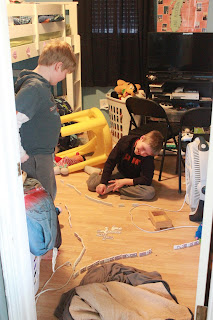 The boys set up the Dominos one day and played for quite awhile.  I've said it before but Nate loves to play games.  He'll pull out a stack of 4 or 5 games and ask everyone to play. 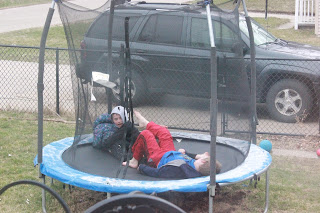 The trampoline is getting a lot of use this spring!! 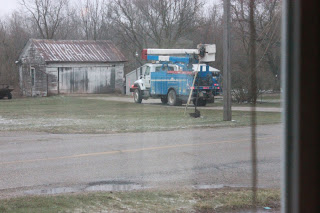 Then came the huge ice storm.  We were without power for basically two days the weekend of April 14-15.  The boys cheered when the consumers truck pulled in across the street.  They waved and blew kisses to the guys in the truck. 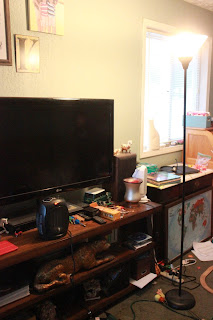 Our neighbors did not lose power so they ran an extensive cord to us so we could have the basics - a light, the TV, and the heater. 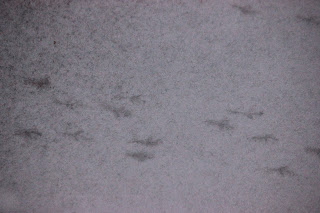 Throughout the week we ended up with several days of snow.  We were intriqued by the bird feet prints in the snow showing the confused Robins looking for food! 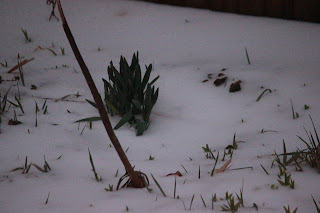 My poor flowers are covered in snow! 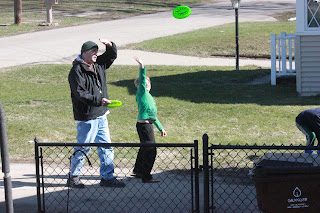 After a week of crazy weather, it was finally warming up enough to play outside again.  Nate invented Frisbee Basketball. 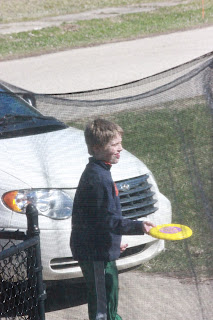 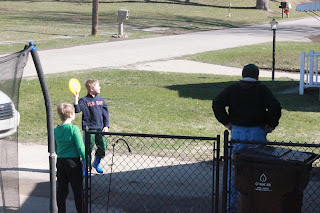 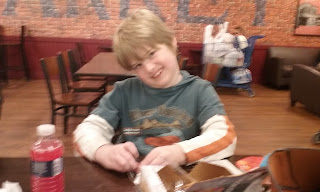 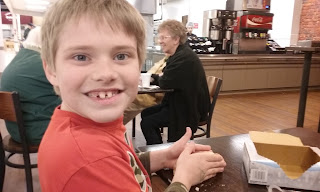 On Friday the 20th, we had to make a store run.  The kids asked to eat at Meijer so that's what we did.  A few lunchables and everyone had fun! 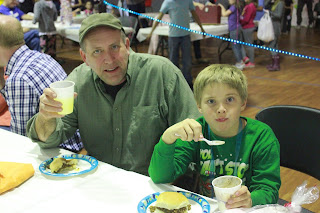 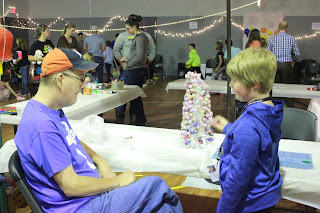 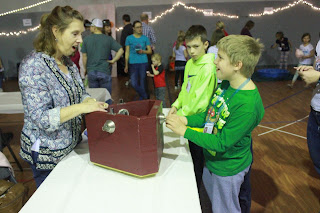 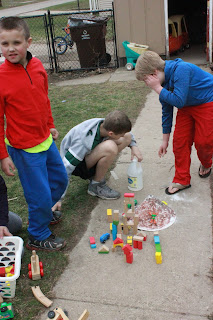 The neighborhood boys spend hours in our yard.  I pulled out a volcano that they set off.  They also set up a block town that was ruined by the volcanic ash! HA! 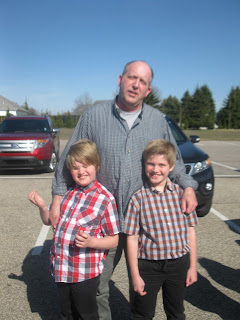 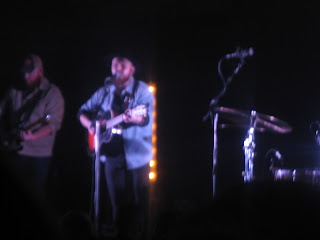 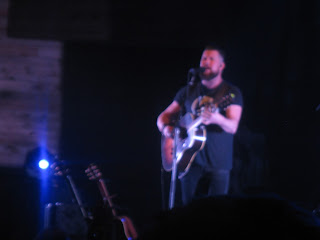 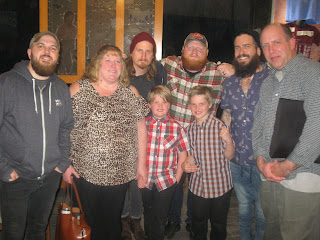 This was a true highlight for our family.  We went to a Zach Williams concert on the 22nd and were just overwhelmed with how fabulous it was.  The boys loved it - espeically Nate - and it was just an amazing night.  We ended the night by getting our photo with Carrollton who also performed and just blew me away with their music.