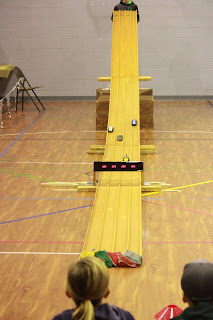 Our week started with the boys first Grand Prix Race.  It was new to all of us so we had a learning curve on figuring out the timer and basic rules of the double elimination. 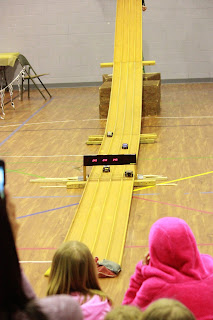 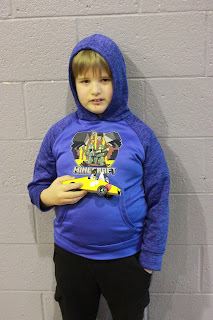 Nate and his car. 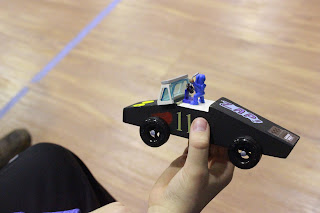 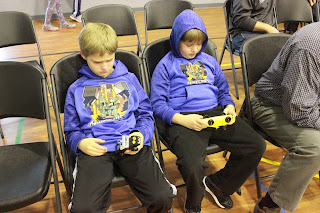 Josh and Nate with their cars.  It was a long morning that ended with disappointment because they didn't get a trophy.  But, all in all, they did really good and lasted until close to the end.

After the race, we "raced" to my in-laws to drop the boys off so Darryl and I could enjoy his birthday presant from me! 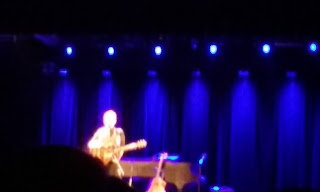 I got Darryl tickets to see Steven Curtis Chapman at the Blue Gate Theatre in Shipshewanna Indiana.  It was a fabulous concert!!  It was just him, solo, and he shared lots of stories with his music.  Darryl and I both said it felt like going to church :-) 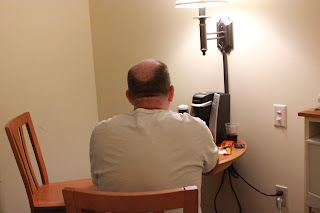 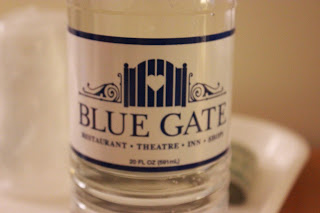 We stayed the night at the hotel and it was just a great time away.  It is always nice to get away from home! 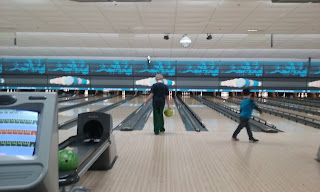 Of course, we had bowling again this week too.  Both boys are doing better each week.   Nate even managed to get a 105 this week (with bumpers).  Josh is getting better at getting his ball to go straight and got several spares. 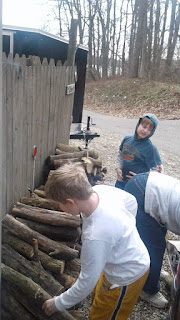 The boys spent a few days at Grandpa and Grandma's house where they had fun.  They got to help with the wood pile. 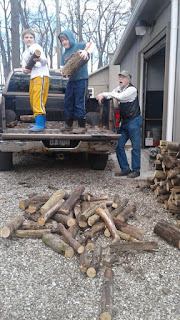 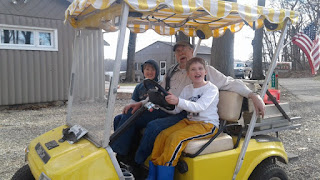 And, even more importantly, they got to drive the Golf Cart.  This was a huge deal.  Both boys had a chance to drive it and just loved it. 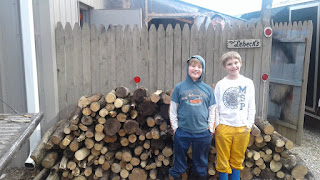 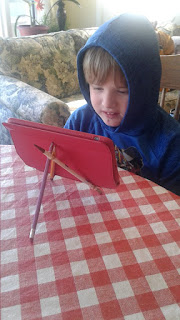 While the boys were gone, Nate made this Ipad holder from one of the you tube channels he watches.

So yes, a fun and busy week!  I just made our March calendar - it's busy HA!
Posted by Jackie Koll at 7:00 AM No comments: